The week started with President Donald Trump refusing to accept defeat, clear and simple. But then, On Tuesday, Attorney General William Barr stopped by Capitol Hill and had a chat with Senate Majority Leader, Mitch McConnell.

Shortly after that conversation, McConnell held a press conference where he announced that he didn’t consider Joe Biden the president-elect and urged Donald Trump to continue his legal challenges to the election.

Strangely enough, on the same day, AG Barr authorized a memo authorizing federal prosecutors to “pursue substantial allegations of voting and vote tabulation irregularities prior to the certification of elections in their jurisdictions.” And of course, right after that memo, Richard Pilger, the director of the elections crimes branch in the Justice Department’s Public Integrity Section, resigned.

Was this the start of a coup?
Adding to the drama, Secretary of State, Mike Pompeo, during a press conference on that same Tuesday, was asked if the Department of State had started to engage with President-elect Biden’s transition team, He said “There will be a smooth transition to a second Trump administration…”

Minutes ago, US Sec. of State Mike Pompeo was asked if the Dep. Of State has started to engage with President-Elect #Biden’s transition team, He said “There will be a smooth transition to a second #Trump administration….(chuckle)…” pic.twitter.com/DB5nABsCYK


“We’re ready,” Pompeo continued. “The world is watching what’s taking place. We’re gonna count all the votes. When the process is complete, there’ll be ELECTORS selected.”

Pompeo’s comment is strange enough that a number of social media users raised the question – “Is this the start of a coup?” No one knew if Pompeo was being serious or just joking.

As The New Republic’s Matt Ford recently wrote, “it’s not likely to be a successful coup. It’s very difficult to see how Trump’s legal strategy ends up overturning the results of the election, even with help from a conservative judiciary and Republican state legislators.” 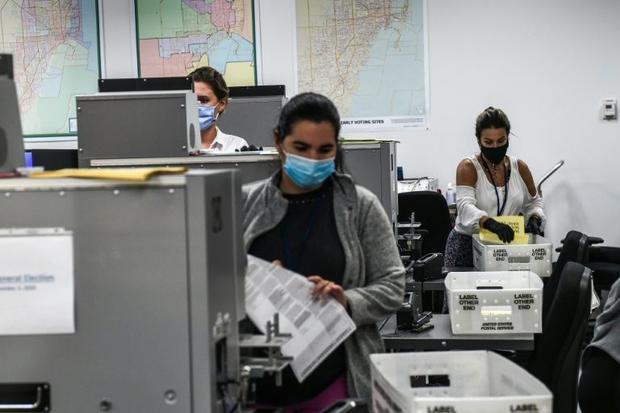 Election workers count ballots in Miami on November 3, 2020
CHANDAN KHANNA, AFP/File
Access to government intelligence
Senior advisors on the Biden Transition Team on Friday said that Trump’s refusal to provide access to government intelligence is putting the country’s national security at risk and could potentially slow the distribution of a COVID-19 vaccine when one is approved, according to The Hill.

“Each passing day, the lack of access to current classified operations or backchannel conversations that are happening really puts the American people’s interests as it relates to their national security at risk,” said Yohannes Abraham, an adviser to Biden’s transition team.

Trump’s General Services Administration (GSA) has not ascertained Biden as the winner, and his transition team cannot interact with government agencies. 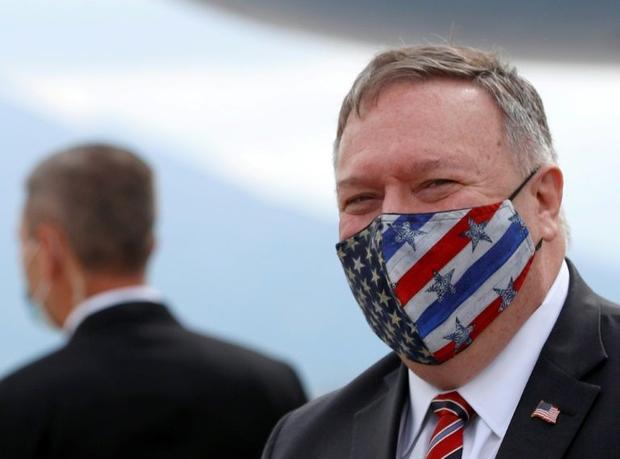 US Secretary of State Mike Pompeo, seen here in October 2020, has insisted that President Donald Trump will remain in power but promised a “smooth transition”
Darko Bandic, POOL/AFP/File
Biden, and Harris, according to federal law, are supposed to receive classified national security briefings once their nomination is formalized by their party. They are also entitled to presidential transition services and facilities provided by the General Services Administration (GSA), including office space, equipment, and the payment of certain related expenses.

Jen Psaki, a spokesperson for the Biden transition, says that the incoming administration would be playing catch-up to distribute a critical COVID-19 vaccine because they’re not being included in current planning efforts. If this is being done on purpose, it will not harm Joe Biden, but think about all the Americans waiting for that vaccine.

“We just want access to intelligence information, threat assessments, and ongoing work on Covid so we can prepare to govern, bring the American people together and get the pandemic under control,” she added.

The Pentagon purge
While it is clear that Trump is behaving like a spoiled brat by not formally conceding the election, it is even more obvious that he is pissed-off that not enough of his supporters were able to put him back in the White House. And, of course, we need to be realistic, folks. 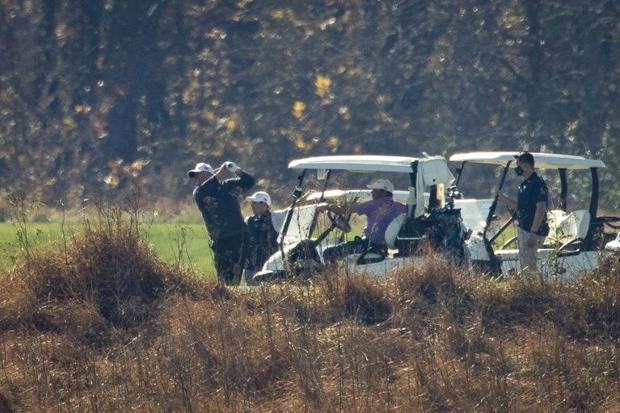 Trump plays golf at his club in Sterling, Virginia as networks project he has lost to Joe Biden
Al Drago, GETTY IMAGES NORTH AMERICA/AFP
Tump is a scared old man who will have to answer to the criminal justice system after he leaves the White House. Those piles of lawsuits awaiting him are as real as the nose on his face, and the allegations, if proven, could lead to a hefty fine and even imprisonment.

So with all the havoc and chaos the country has experienced since the election, Trunk has been so angry he is even scaring some of his staff. And now, he is scaring many in the Department of Defense. For whatever reason, Trump has decided to purge the Pentagon’s top officials, the very people who are responsible for keeping all of us safe.

According to Time, the firings appear to be an act of vengeance, and I agree. Trump fired them because they put their loyalty to the Constitution above their loyalty to the president. Trump does not understand that in the United States, when someone joins the military, takes an oath of office as an elected government official or takes a job at the federal level, their first loyalty is to the U.S. and not any one individual.

Now, here’s what disturbs me, and many other people. Trump has replaced those four high-ranking Pentagon officials with people totally loyal to him, yet they have no aptitude or experience in handling the very important positions they have been placed in. One is an Islamaphobe, and one is a believer in using armed troops to quell protests.

Is it any wonder that many people are getting worried? Just what is Trump’s end-game? Is he hoping that by leaving the federal government in shambles, he will cause the public to blame Joe Biden for the mess? I don’t think so. Trump will eventually have to answer for all the chaos he has caused this country.