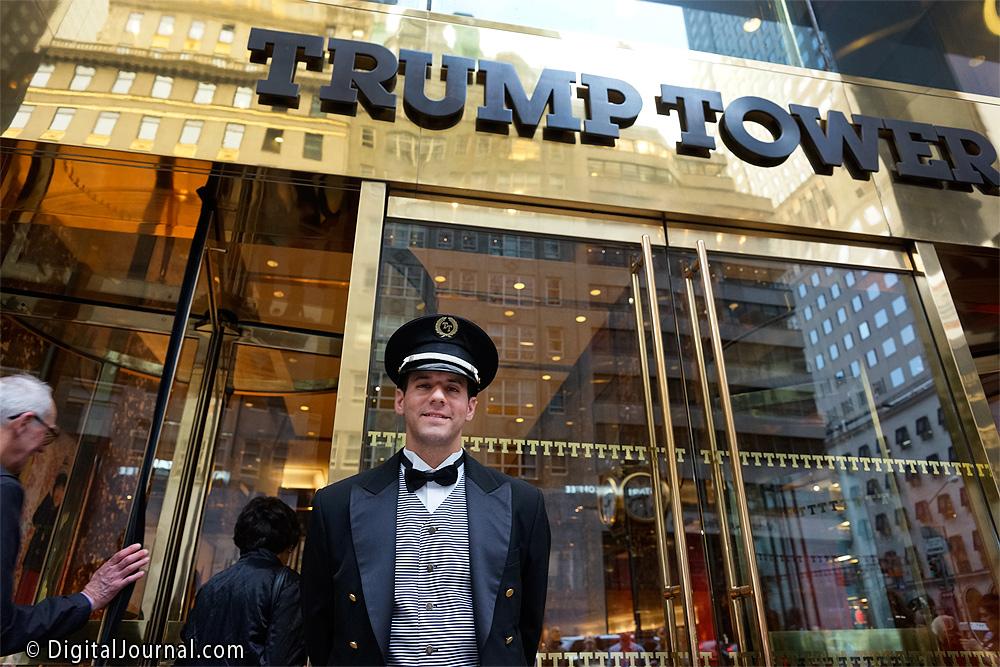 As QAnon claim that the Donald Trump at the Arizona rally was none other than JFK in disguise, the New York Attorney General is focusing on more worldly things. Things like property overvaluations, for example.

This information was filed to support NY AG’s investigation into the Trump Organization. The intent was to support formal questioning under oath of Trump and two of his children.

To quote from the NY AG statement as per The New York Times:

“We have uncovered significant evidence that suggests Donald J. Trump and the Trump Organization falsely and fraudulently valued multiple assets and misrepresented those values to financial institutions for economic benefit”

The Manhattan District Attorney is investigating similar claims in a criminal investigation. It’s unclear what questioning the Trumps is expected to achieve. According to the court filing, Eric Trump responded to 500 questions in October 2020 by citing his Fifth Amendment rights.

Should the Smithsonian investigate? A tale of ancient valuation practices

In the property market, asset values matter a lot. One of the oldest of all property market practices is to upvalue. You buy a property at X dollars. You then put it on the books at a higher value. You might be right, or simply optimistic. Too optimistic and wrong, however, are a whole new ball game.

You might devalue it, too, depending on the (excuse the expression) value of the valuations for your business. This is common enough. It’s not illegal, as such. These are unrealized estimates of value. There are margins for error.

Where it gets tricky is if the valuation is significantly out of whack with real values. The allegations, in this case, include properties that have been owned by the Trumps for some time. These properties have been used as collateral for finance for years. Again, common business practice.

Valuations do change over time. The pyramids are probably worth a lot more now than they were when built. That’s how old these practices are. The question is “What’s new?”

The bottom line here is that the real value is realized value. You can pick any number for a valuation if you like; it’s the hard cash sale value which defines real value. So the NY AG’s case needs to prove a disparity between valuations for equivalent properties to prove fraudulent overvaluation.

For example, the allegations cited in The New York Times include:

“While Mr. Trump had claimed since 2012 that his triplex penthouse apartment in the building was 30,000 square feet, he had signed documents stating its size as 10,996 square feet.”

Well, did he or didn’t he, and when? If so, in what legal context were the documents?

The “political witch hunt” allegations by Trump’s defence are utterly irrelevant. Either a business practice is legal or not, fraudulent or not. Is the defence claiming that a Republican AG would fail to enforce the law if grounds for prosecution were found? Interesting perspective.

These are extremely serious allegations. The other big question here remains unanswered:

If this pattern of behavior was happening so many years ago, why was no action taken? This is what happens in an “unregulated” market. Anyone can do anything without oversight. Complaining about these practices so long afterwards is a huge indictment of a system which doesn’t work.

It’s not all about Trump

These allegations relate to much broader, bona fide compliance issues which have nothing to do with Trump. Any market in which these alleged practices are so common is essentially corrupt. You could put any amount of black money through the US property market. Your name could be Howdy Doody, and you could get away with damn near anything. Anyone else know a great money laundering opportunity when they see one? Because that’s exactly what “deregulated” means.

The NY AG is acting responsibly in taking these matters to court. There’s a lot at stake. Ancient as these alleged valuations and related practices may be, they’re current business for regulators.

Doesn’t say much for the state of law enforcement or market probity, but says so much about the current state of the US property market. If you’re thinking of buying anything, bring a highly qualified cynic with you.