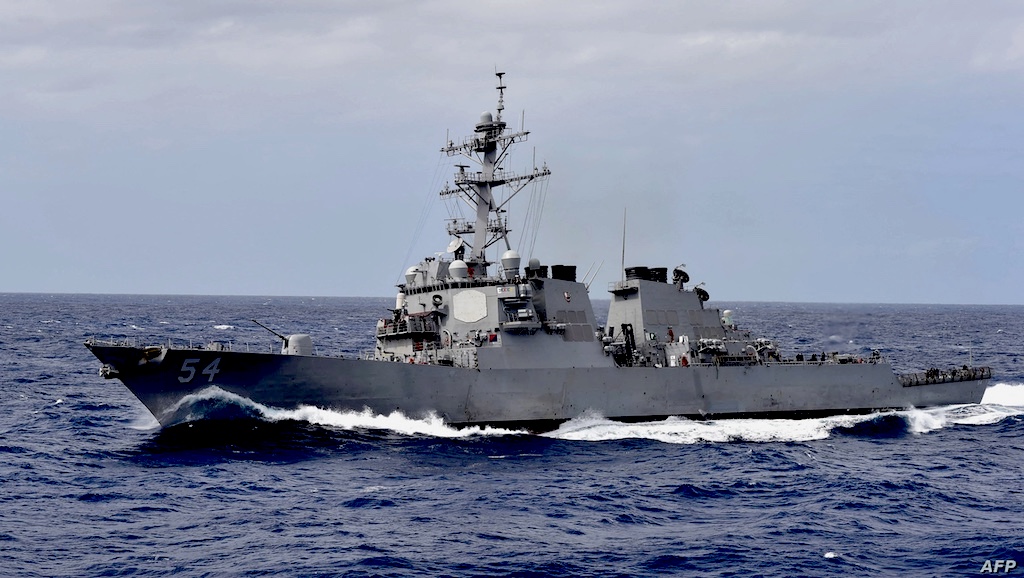 With no back story at all, Australia has supposedly scrapped a $90 billion submarine contract with France, for the Royal Australian Navy (RAN). The RAN will now allegedly buy US/UK nuclear subs. A remarkably inarticulate new-ish alliance, called AUKUS is also blaring away in the background. Frankly, from the lack of specifics, I don’t believe a word of it.

This endearing strategy-by-innuendo scenario is being called “China’s worst nightmare”. There are few specifics apart from a much less hysterical statement cited in POLITICO from “a congressional staffer” that President Biden will announce a new defense working group with Australia and the UK. This includes nuclear technologies, so there are implied issues with China. The POLITICO article doesn’t specifically mention Australia buying nuclear subs.

Update: A joint statement announcing AUKUS has been formally made as of 15 September US time and released about an hour ago. It does refer to Australia acquiring nuclear subs and technological cooperation. The pity of it is that the lack of specifics persists. The logic, however, has been spun into a major event, which it currently isn’t, directed at China.

This quaint and somewhat fragile reasoning apparently leads to “China’s worst nightmare”. As a sales pitch for anything, it’s a rather two-dimensional bit of ad copy in relation to real-world situations. Relations with China and Australia are abysmal at best. China and the US have been trying to defuse the constant stream of issues between them. The UK is involved in various issues in the South China Sea.

Somehow, nuclear subs for Australia become the sales pitch for an alliance?

There’s a lot of grinding, staggeringly unimpressive background to the Australian submarine situation.  Under contract with Marine Nationale, a major French naval shipbuilder, Australia seems to have found a lot of strangely odd reasons to renege on the contract.(Nor are there any details regarding this rather traditional Australian clumsiness in managing naval contracts. What’s the fallout from reneging on the contract, etc.?)

Yet another update – The French are furious, with plenty of reason. This matter was obviously not discussed with them beforehand. It’s not likely to be doing a lot of good for our reputation in the major military systems market. This sort of thing really should be managed much better at the government level.

Australia hasn’t been buying nuclear subs as a matter of naval doctrine and logistics since the 1960s no-nuke decisions. Nuclear subs come with a lot of back-end supports and added technologies.

Adding what seems to be a purely political “alliance” in the blurb hardly matters. Subs underpin the many naval realities for Australia. Australian subs roam the world, officially and otherwise. The RAN submarine arm has suffered from various technical issues with the current submarines and a seemingly ever-reducing number of trained submariners. A new strategic approach, total unit, and deployment redesign with new training and support requirements amount to a gigantic shift.

A few other issues:

The “new” alliance, if that’s what’s supposed to happen, simply extends a functional UK/US/AU military and political relationship which dates back to the First World War. This is hardly likely to be news to China.

China’s years of tirades of abuse and threats haven’t gone down too well in Australia. From a purely Australian point of view, anything anti-Chinese could be easily sold to the public. That may be a political consideration, but as a long-term policy, it’s nothing of the sort.

The US has been talking about, and actually repositioning, into the region since the early 2000s. Australia is a natural element in managing the Pacific, South East Asia and Indian Ocean assets.

A lot of this “new” strategy is inevitable. US allies and associates in the region have their own issues with China. The South China Sea, Taiwan, various border and trade issues. It’s fair to say that the entire region, geographically from Japan to Australia to India, has been focused by China’s sudden, bizarre, and totally unnecessary “assertiveness”.

From the current military perspective:

The future perspective is much more complex:

AUKUS could be a mirage or not. The present administration, (which can even read and write and spell), is in all likelihood quite sincere in wanting to create a future defense framework, and with good reason. Substance is needed.

Meanwhile, the old defense structures are too old, in many cases obsolete, and unworkable in the current environment, let alone future forms of it. Up-gunning any modern military is quite unavoidable. New combat options will reconfigure the entire military posture anyway.

Ironically, “World War 2.9” could be just that – Unable to make it to World War 3. It’s also quite likely that China’s multifaceted assertive military stances will come back to bite it, hard. The PLA can defend China, sure. Beyond that, against any opposition, the constant blasé verbosity means nothing. Multiple military commitments far outside China, rhetorical or otherwise, are a very different ballgame. Maybe this nonsense reads well in the Global Times, but these are extremely difficult operational realities if they ever happen.

“World War 2.9” isn’t likely to be fun for anyone. …Particularly if it’s based on tiresome expressions like “China’s worst nightmare”. Someone might believe it.