But President Donald Trump has reinserted the word “nationalist” into the mainstream American vocabulary with his claim at a Texas rally on October 22nd, 2018, that he was a nationalist:
“You know, they have a word — it’s sort of became old-fashioned — it’s called a ‘nationalist.’ And I say, really, we’re not supposed to use that word. You know what I am? I’m a nationalist, okay? I’m a nationalist. Nationalist. Nothing wrong. Use that word. Use that word.”
According to the Merriam-Webster dictionary, nationalism is defined as “loyalty and devotion to a nation, especially exalting one nation above all others and placing primary emphasis on promotion of its culture and interests as opposed to those of other nations or supranational groups.”

Nationalism has been closely associated with patriotism, which is defined as a “love for one’s country.” However, in its simplest terms, patriotism does not always imply an attitude of superiority. And I might add another bit of information: while the two words are treated as synonyms, they are different. But this does not mean that patriotism is “good” or nationalism is “bad.”

Patriotism is the oldest of the two words, first seen in writings in the 17th century, and the word’s origins can be traced back even further to the Greek word patrios (“of one’s father”). But nationalism didn’t come into use until just before the 19th century, nearly 150 years later. 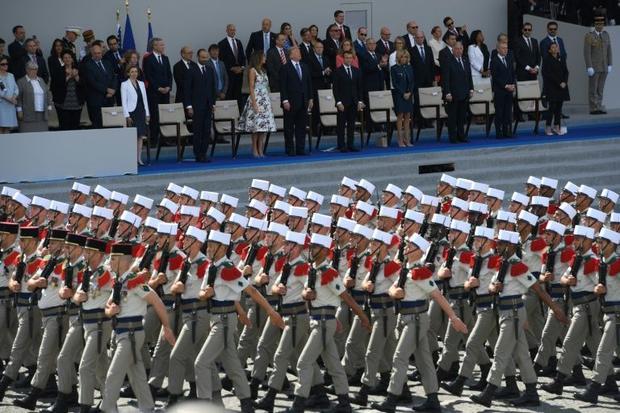 When US President Donald Trump visited Paris last July for Bastille Day, he made no secret of his awe for the pomp and ceremony of the occasion
CHRISTOPHE ARCHAMBAULT, AFP/File

Patriotism and nationalism grow further apart
And for a number of decades after the start of the 18th century, the two words were used interchangeably, with both referring to a love of one’s country. But something happened to change the similar meanings of the words by the 19th century. Patriotism’s meaning continued to remain the same — a love for one’s country.

However, nationalism moved away from just being another word for patriotism. And while nationalism was considered to be a “loyalty and devotion to a nation,” the meaning also had an exclusionary clause: “exalting one nation above all others and placing primary emphasis on promotion of its culture and interests as opposed to those of other nations or supranational groups.”

But it is this exclusionary clause associated with nationalism that more often than not sees the word pop up in political movements. Keep in mind that patriotism is usually associated with “loyalty,” “bravery,” and “love of country,” And President Trump has certainly shown himself to be very patriotic in this regard.

It is nationalism’s exclusionary clause that has made it a bad word in the United States because today it is often associated with “white nationalism.” Many people, particularly those my age, associate the word with the rise of Adolph Hitler after WWI. 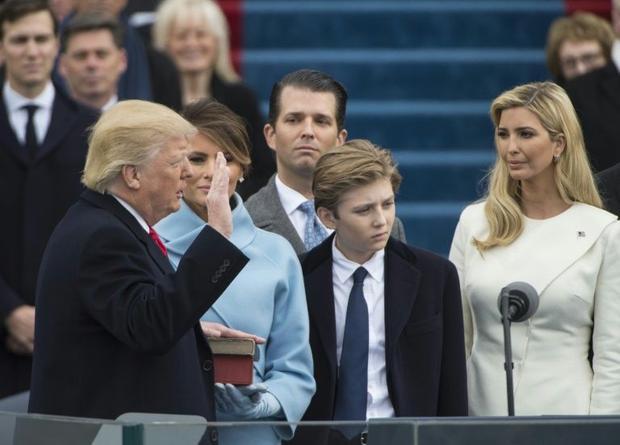 US President Donald Trump rocked tradition by delivering an inaugural address at times jarring for its staunchly nationalist tone and dark vision of the nation
MANDEL NGAN, AFP

But we are talking about President Trump’s announcement that he is a nationalist — and not a globalist, right? Quite frankly, there is a big difference in what we may perceive and what the president is saying. For those of you who might not be sure what a “globalist” is, one definition says “a globalist is someone who believes that ultimately all borders and nations should be dissolved, resulting in one single world government.”

Actually, I like the definition in the Cambridge Dictionary better. Cambridge defines a globalist as “someone who believes that economic and foreign policy should be planned in an international way, rather than according to what is best for one particular country.” And that is exactly what Trump said he was not — a globalist.

Nationalism is not a bad thing
Yoram Hazony wrote an interesting and thought-provoking article today in Time, basically putting forth the argument that nationalism is not necessarily a bad thing. And he cited the same comments from President Trump last night at the rally in Texas.

Yes, the national media jumped on the “nationalist” comments, immediately adding a load of fear to the news that the president was a “white nationalist.” Hazony wrote: ” Many commentators quickly deplored the President’s statement as a dog-whistle admission that he truly supports ‘white nationalism,’ once again suppressing legitimate debate over the value of American nationalism while insisting that racialist ‘white nationalism’ is what we really should be talking about.” 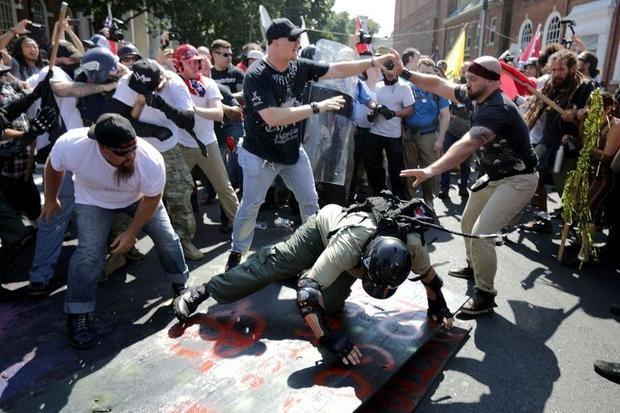 White nationalists, neo-Nazis and members of the “alt-right” clashed with counter-protesters in Charlottesville earlier this month as a blistering row over historical monuments grips the US
CHIP SOMODEVILLA, GETTY IMAGES NORTH AMERICA/AFP/File

As Nazony points out, this is a problem because nationalism is exactly what this country needs right now. And this means America really has to come together because for several years now we have been growing further apart. Instead of one nation, with a common heritage and culture, we are now divided, so intolerant of one another and so prone to violence.

And let’s talk about white nationalism for a minute. It is a totally misconceived idea simply because “whites” are not a nation. The English, Dutch, French and Polish people are nations, in the fullest sense of the word. They are each individually connected by a “common cultural inheritance, a distinctive language, and religion, as well as a bond of loyalty that developed over centuries of struggle.

“White nationalism” is a joke. “There is no ‘white’ nation found in any history book. There is no distinctive ‘white’ language, religion or cultural inheritance. “The idea that whites are a nation is just so much make-believe,” writes Havony.

I would suggest that everyone take a deep breath, and regardless of your political leanings, think about nationalism in its true sense. This is why we have information at our fingertips and this is why everyone needs to join in the conversation in an intelligent and sane manner. At least think about it…