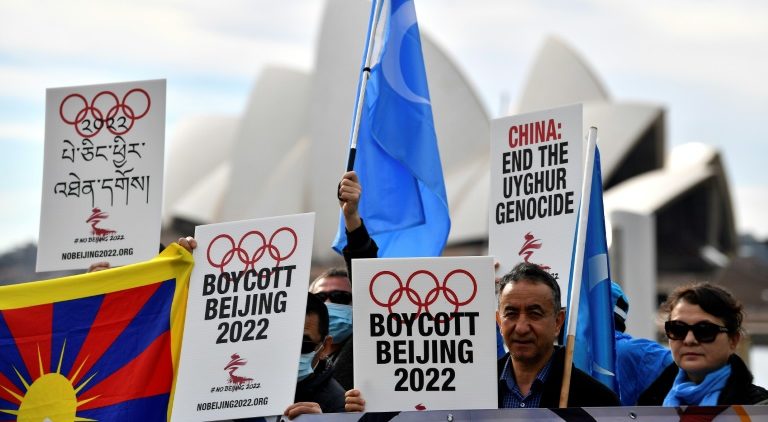 China’s tantrums on every possible subject are becoming a bore. The Chinese rage over diplomatic boycotts of the Olympics is no exception. The teams are still going, just not the diplomats and officials. Meanwhile, the cosmetic diplomatic boycott is delivering exceptional levels of hostility.

A diplomatic reaction is one thing; a practical no-go reaction is very different. The “world’s factory” has become the surly global drunk, assertive and obstructive, aggressive and unnecessarily so at for any excuse.

My own country, Australia, is now entering its third year of this noisy, useless, utterly unproductive, environment. Trade, subs, the South China Sea, it’s all been one big cluster of idiotic, expensive, problems for us.

The Olympics could well be an excuse for more of the same. That’s not on, on any level. China has now spent days publicly threatening retaliation. Not exactly encouraging, is it?

It costs a lot of money to send athletes to the Olympics. A lot of hopes and career aspirations go with the athletes. It’s a huge personal journey for them. That’s OK if they have any hope of fair treatment. Looks like they won’t in Beijing. Handing out medals on a purely ideological head-patting basis is unlikely to be much fun.

Put it this way – Jesse Owens won four gold medals at the Nazi Olympics. Would he win anything at Beijing? Doesn’t look like he necessarily would, even with daylight coming second. Any fool could invent a rule or technicality to disqualify a winner.

I hope I’m wrong, but I think it’s too easy to foresee a range of negatives for the athletes of any country which has entered into a diplomatic boycott. The pattern of retaliation is too obvious. Anything out of line is punished, directly or indirectly.

Oh, it’d be a vindication for the diplomatic boycotts if China did prevent the athletes of those countries from winning medals. It’d be a pretty easy victory, too, simply proving the point.

…But is it worth it? It’d be a mess in terms of actual people and events. Some kid goes to the Beijing Olympics and winds up competing in a diplomatic hissy fit. Hardly productive, highly traumatic, and pretty pointless.

Then there’s the pandemic. Travel during a global pandemic is a bit of an each-way bet, wherever you go, anywhere in the world. China may well be safe, as they claim, but it’s a long-haul process, and there’s the little issue of quarantine to consider.

Possible issues for athletes? Way too many. Anyone could be quarantined, with or without a reason. Athletes from the diplomatically boycotting countries, perhaps? What a coincidence.

I admire the Olympics both as an event and as an idea. This Olympics isn’t measuring up on either scale, already. China is showing itself as incapable of understanding the Olympic message as it is of respecting the views of others.

Forget it, would be my advice. Too many obvious issues, risks, and too much influence on officials are likely to make this Olympics a waste of time.