Flynn was Trump’s national security advisor. The leaked information showed that Flynn had discussed in secret with Russian officials sanctions imposed by the US. The discussing took place before Trump’s inauguration. Kucinich argues that the goal was to worsen the relationship between Russian and the US. Trump has argued for improving US relations with Russia. Kucinich said: “What’s at the core of this is an effort by some in the intelligence community to upend any positive relationship between the U.S. and Russia. And I tell you there’s a marching band and Chowder Society out there. There’s gold in them there hills. There are people trying to separate the U.S. and Russia so that this military industrial intel axis can cash in.” Kucinich even added that there are those within the intelligence community that are willing to separate the US and Russia in a way that could reignite the Cold War. It seems quite clear that the Cold War has been reignited ages ago especially since events in the Ukraine.

Investigative journalist Gareth Porter said: “Flynn is a figure with a dark side, but hype regarding an ‘illegal’ meeting with Russian ambassador never made sense. I’m glad he’s gone, but the leaks hinting Logan Act treason should be recognized as ‘intelligence community’ political manipulation. The Logan Act is a dead letter and even if it were not, the facts of this case don’t support its application. If it would apply to anything recent, the Logan Act would apply to the letter organized by Tom Cotton regarding Iran in 2015, but hawk Cotton never paid any price.” Glenn Greenwald noted in a tweet: “In January, Chuck Schumer warned Trump not to criticize the intelligence community because of all the ways they have to destroy people.” Schumer Democratic minority leader in the senate, said: “Let me tell you, you take on the intelligence community, they have six ways from Sunday at getting back at you.”

Another article claims: Make no mistake: we have just witnessed an operation by members of the CIA to take out a high official of our own government. An agency widely believed to have brought down democratically elected governments overseas is now practicing the same dark arts in domestic American politics. Almost certainly, its new head, Mike Pompeo, was not consulted.

You can observe psychological warfare being carried out in the media. While Trump media supporters talk about the heinous nature of the fact there were leaks, the liberal anti-Trump media will howl about the heinous conversations between Trump officials and the Russians. Those who broke the law and leaked the documents are heroes for revealing the close relation of some Trump officials with Russia. Of course a different approach is taken to leaks by Edward Snowden which revealed CIA illegal spying. He is supposed to come back to the US and be tried. David Goldman writes: … the CIA has gone out of its way to sandbag Flynn at the National Security Council. As Politico reports: “On Friday, one of Flynn’s closest deputies on the NSC, senior director for Africa Robin Townley, was informed that the Central Intelligence Agency had rejected his request for an elite security clearance required for service on the NSC, according to two people with direct knowledge of the situation.” Townley held precisely the same security clearance at the Department of Defense for seventeen years, yet he was blackballed without explanation. At DoD, Townley had a stellar reputation as a Middle East and Africa expert, and the denial of his clearance is hard to explain except as bureaucratic backstabbing.
Flynn had often criticized the CIA revealing intelligence and operational failures.

We can expect more and more revelations to back the narrative that not just Flynn but Trump have had treasonous dealings with Russia and Putin. The rush of establishment papers to print the latest revelations has little to do with news but everything to do with creating even more disapproval of Trump in the public mind. While there may be a degree of truth in the revelations about Flynn the leaking of the information is a sign that the intelligence community is attempting to control the political situation in the United States. They have plenty of experience overthrowing governments.

However, other parts of the deep state such as many in the Wall Street establishment may be hesitant to have the Trump administration go. It is after all a very pro-business government. Even today US stock markets again reached new highs. There are many members of the Wall Street elite within the administration. No doubt they hope that an accommodation can be reached between Trump and his administration with the intelligence community. However, it may be that Mike Pence is being prepared to replace Donald Trump.

In this article:dennis kucinich, Trump administration, US intelligence 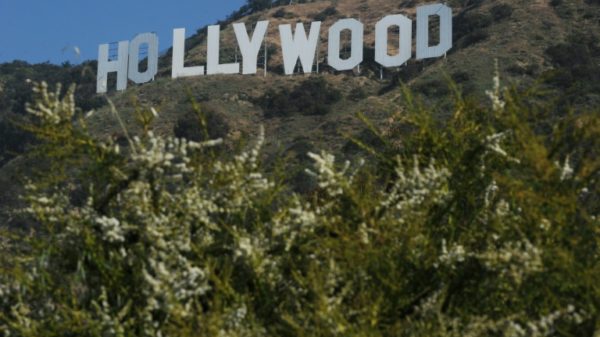