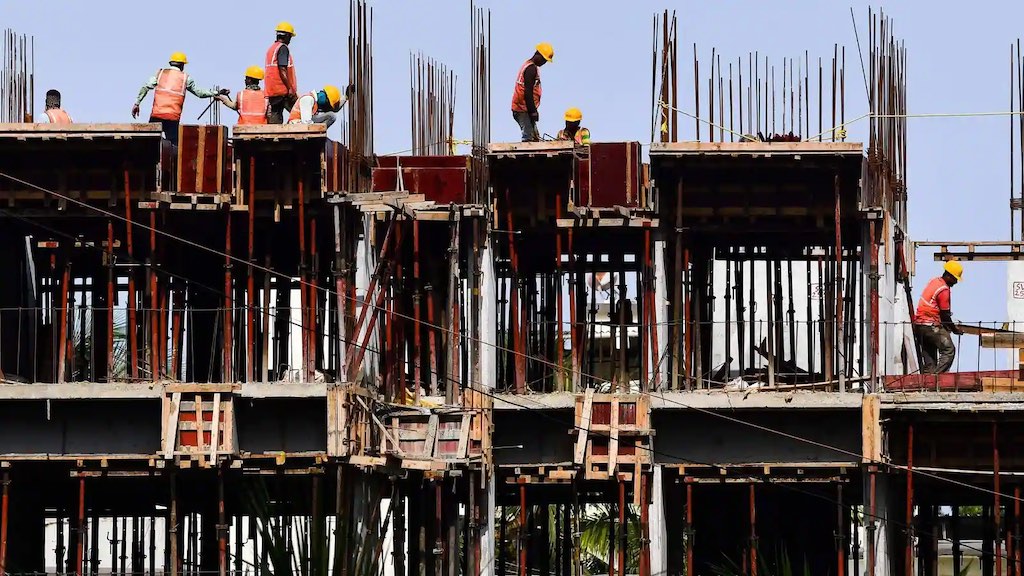 This is a real horror story. The problem is that the story is much worse than it looks. A recent study by the Center For Global Development indicates the real death toll may be as many as 4 million. The official death toll is 307,000. If that looks bad, there is a barely visible, brutal reality behind it.

The usual assumption would be that the government is understating deaths. In this case, however, even basic reporting is incredibly difficult. The Center For Global Development has effectively produced a bandwidth of statistics, based on an “excessive” number of deaths. This statistic is produced by comparing normal death rates with death rates over a period of time.

The estimates tell an unambiguous story, now thundering around the world in the headlines. Somewhere between 3.4 and 4.7 million more than the average numbers of people died. Understandably, but misleadingly, the Indian government is being accused of underreporting.

(It should also be noted that India isn’t the only country with this effectively insurmountable problem. Nations like Brazil, have exactly the same problem. Official figures are essentially ballpark, based on what is known, not what is unknown.)

That’s more than a bit simplistic. India is an incredibly complex place. The sheer number and diversity and range of social environments doesn’t make reporting easy.

Huge numbers of reports coming from rural, urban, and “miscellaneous” environments, like the slum areas, have to be correlated. India has 1.7 billion people over an area roughly the size of the continental United States. Communications vary from ultra-modern to non-existent. How good can the reporting systems be?

Trying to manage the unmanageable

This was a predicted situation, but not much could be done about the predictions. A reliable reporting system could not possibly be set up overnight in an environment like this. Like most “super-populated” countries, India is at the mercy of its own demographics.

The other big problem, of course, is that when the pandemic struck, India was behind every possible eight ball. Trying to move vast amounts of vaccines around in such a vast area is also incredibly difficult. Communications and environments ranging from ultra-luxurious to Stone Age didn’t make things any easier.

In this environment, information has to find its way through a maze of communications difficulties. Just getting basic useful information in place takes time, and the pandemic doesn’t give people time. The spread of the pandemic was inevitable, and this is the result.

The Indian government is in the unenviable position of having to manage the unmanageable, possibly for many years to come. The Indian public, therefore, is trapped between what can be done and what cannot possibly be done.

Another, less obvious, problem is that approximately 10% of people who get the virus get “long COVID”, the debilitating long-term version of the virus. That could mean that anything up to half a million Indians already have this condition. The strain on Indian medical facilities is likely to be too much.

The death toll is already horrendous, and likely to get worse. The epidemiological situation is also a major time bomb. These very large numbers of infected people mean that like the United States, the disease could become endemic, an ongoing problem.

The world is currently experiencing the Delta strain of the pandemic. There are quite a few letters of the alphabet left to go, and new strains can be expected to emerge. India, therefore, is unwillingly at Ground Zero for the next wave.

Global obligations to India and to the world

The global response to the Indian pandemic was reasonably quick and efficient by normal standards. These are not normal times. Systematic responses are required. The stop/start normal logistics don’t work.

The world, if it had a brain in its head, should be looking at massive production and distribution methods. It should not be trying to make a system which was never designed to manage such demand try to meet that demand. Special production needs to be put in place, ASAP.

The only way this pandemic can be eradicated is by mass vaccination, and attacking the virus at all levels, including in public spaces. This is a generational global problem, not just a couple of years of issues.

Idiotic, dangerous buzzwords like “herd immunity” are almost totally irrelevant and are utterly irresponsible. This is a virus. It will continue mutating. Multiple new infectious forms will develop. There is no guesswork required regarding these matters.

Pandemics are an irrefutable fact of history. India is the new warning to the world. Solve the problems, or take the consequences.