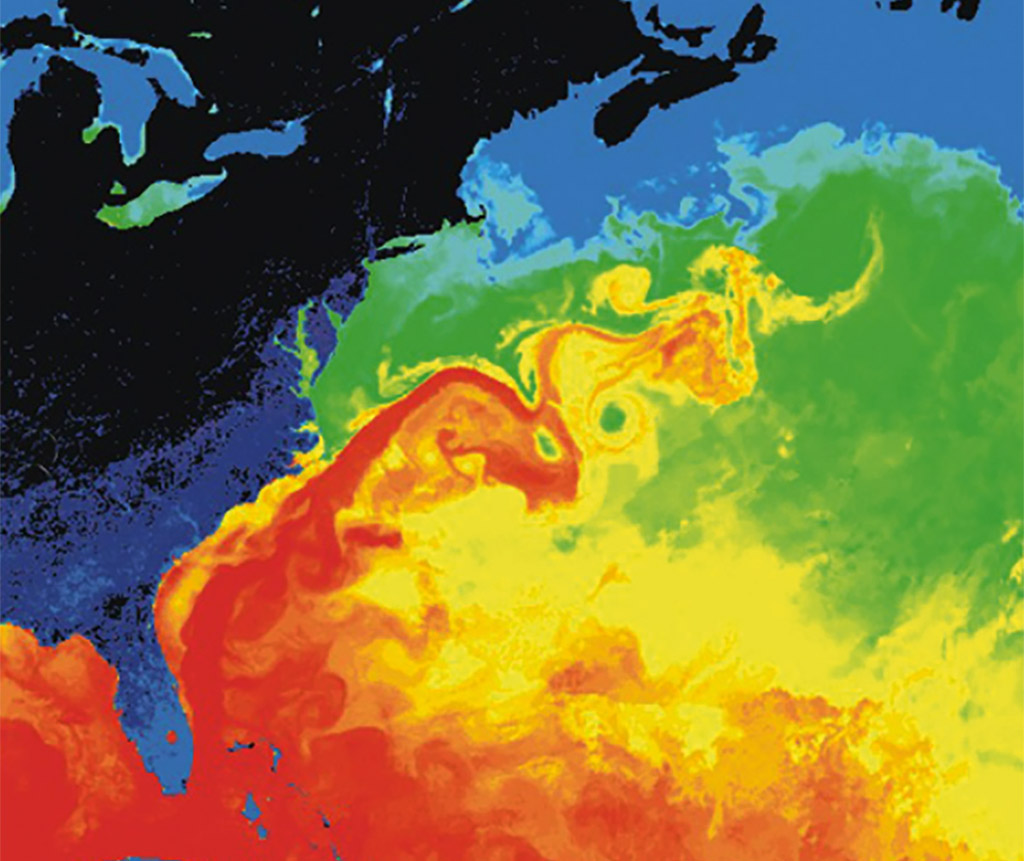 The Atlantic Gulf Stream (aka AMOC, Atlantic Mid Ocean Current) is one of the world’s big heat distributors. Warm currents from the south bring warm water to the eastern North American seaboard and Europe. New studies have confirmed previous findings by the University of Copenhagen that the Gulf Stream is in serious, perhaps fatal, decline.

Signs of the Gulf Stream’s breakdown have been around for many years. Now it looks like it’s about to collapse. The news so far is anything but reassuring. Huge volumes of fresh water have entered the Atlantic from the Arctic and Greenland melts, changing the thermal structure of the Gulf Stream.

Salt water and fresh water manage heat very differently. Fresh water doesn’t conduct anything like as much heat. It freezes a lot faster, too. So melt-diluted sea water has very different heat conduction profiles in both hot and cold weather. A much-diluted North Atlantic is therefore going to behave very differently.

The problem is that the Gulf Stream is literally the only major transporter of heat for both sides of the Atlantic. If it stops transporting heat, there are a few possibilities:

An Ice Age caused by global warming? If so, what happens? Anyone’s guess.

The baseline theory is that the Gulf Stream protects the North Atlantic and European landmasses from super-freezes like the last Ice Age. So if the Gulf Stream goes, that situation no longer applies.

This is not a given, either way. Nobody really knows what happens if a warm current stops distributing heat. Do other currents arise? They should, due to heat transference, but what happens if the heat just stays there in the south?  An Ice Age? A north/south hot/cold global temperature range?

The Ice Age theory has some credible legs. If the theory is correct, the Gulf Stream is the protector of the landmasses on either side of it, which would otherwise be much cooler. That could get complex.

To put this in perspective – The last Ice Age covered much of North America in ice a mile deep. The huge valleys carved out by glaciers are a testimony to how much ice there was. Much of the north was uninhabitable for millennia.

Nor does the entertainment stop there. A lot of fresh water could/would be trapped by big freezes, too. That would mean much less water in the ecosystems. So the amount of available water could reduce, drastically. Seasonal melts may or may not deliver water. In the Ice Age, they didn’t.

From the human perspective – Current technology and human populations can’t deal with any of that, at all, on any level. It’s not a question of just turning on the heaters and buying bottled water. Infrastructure could be simply destroyed by thermal expansion and contraction on a global scale. Glaciers vs current infrastructure is a no-contest no-brainer.

What about the Pacific and Indian Oceans?

Other ocean currents created by the collapse of the Gulf Stream may be very different. The world’s oceans are all linked. Thermodynamics don’t negotiate. At the moment, the warm currents are heating the world. Cold currents also exist parallel to those warmer currents. What happens if the warm currents shift?

Also, and critically – What happens elsewhere?  The southern hemisphere is very different. The world’s coldest place, Antarctica, is surrounded by super-cold currents. It’s not at all like the Arctic, which has no land mass.

This may or may not be a stable system, though, if the big Antarctic melts continue. The same big melt – lots of fresh water – big freezes cycle could go ballistic. Raising or lowering sea levels, depending on which scenario plays out, is on the cards.

In the last Ice Age, the sea levels in the southern hemisphere were a lot lower. You could walk to Australia from Europe without getting your feet wet. That also means a lot less fresh water, and massive amounts of freezing. Super droughts caused by less atmospheric water is one possibility.

The trouble with all of this is one simple fact – heat has to go somewhere. That’s basic thermodynamics. Maybe the heat simply dissipates? In the past, Snowball Earth was a real thing. The entire planet was frozen over for millions of years.

This is a very different Earth, though. The land masses now are gigantic, and well distributed. Snowball Earth isn’t a realistic scenario for this configuration. The Pacific is historically one of the largest-ever oceans. The Indian Ocean has large, hot land masses on three sides of it, the South Atlantic on two sides. There’s no single supercontinent or two supercontinents to define land/sea heat interactions.

The likely scenario, if the Big Freeze/Big Heat theories hold good, is two polar cold zones with hot tropics. That means available living space is directly affected by two double whammies. In short, it’s exactly a scenario for which the current distribution of people and resources are totally unprepared.

Overall food production will be absolutely hammered, regardless of possible local variants in the scenario. Super-populated countries will be in very big trouble, fast. Distribution of food, too, will be at best haphazard. What if your supply chain infrastructure goes down? What if your range of available foods is suddenly changed?

Fond as I am definitely not of pseudoscience, QAnon, pathetic little spoiled brat ignoramus politicians and other vermin – The collapsing Gulf Stream isn’t just another conspiracy theory. No conspiracy theory could even begin to think of this mess. This is a real time global train wreck in progress.

The question now is whether humanity will finally get something about climate right. It’s not looking good, and these are super-size incoming problems for the future.