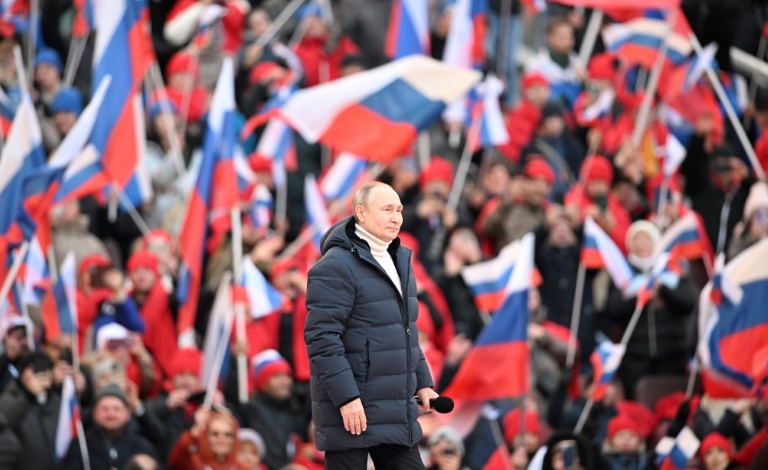 Putin’s position is very difficult. There’s a lot of talk about escalation, preparing for a long war, and so on. In practice, none of those options has any hope of working.

Escalation, including increasing the areas of the war, is almost literally impossible even in the most delusional theory. Russia’s hopelessly outclassed, severely beaten military can barely claim to be doing anything at all.

Preparing for a long war is equally stupid and pointless at best. The Russian military is failing in a virtual encyclopedia of ways, from basic tactics to strategic vision. The whole premise of the Ukrainian war was utterly wrong from the start. This is the result.

More of the same will simply bankrupt Russia militarily as well as financially. Even with Chinese support, simply continuing to fail is the only working result out of a prolonged war. Russia even pulled its air force from the Victory Day parade; how does it propose to conduct a war with it?

For quite a while, experts have been saying Putin has some sort of medical condition. That may well explain the extremely uncharacteristic series of verbose blunders by someone who usually shuts up on a routine basis.

He’s literally talked himself into a no-win position in the process. The situation is truly thankless – Back down and lose, with possible serious risks to himself, or continue an unwinnable war?

If his situation is bad now, it can get a lot worse. Actual outright defeat would rebound straight to the Kremlin and to him. He knows that.  That defeat is now quite possible, as the Russians lose much more ground in Ukraine with more to follow.

The military situation is dire. So far from being initially outgunned, the Ukrainians are now able to outmuscle and outshoot the Russians. Russian mistakes continue to pile up. Losses are far too high, and definitely not sustainable.

The Russian economy may be on a war footing, but that footing is on very slippery ground. An economic cascade of crashes and dysfunctions would be worse for the Russian nation than even the disasters in Ukraine.

That’s also not exactly a secret. These are legitimate worries for Russia in the short term, and they’re not going away.  This is a rerun of the Soviet Union’s many economic disasters but in a much smaller and far more vulnerable economic base.

Revenue is likely to tank sooner rather than later. The last of the EU payments might deliver a band-aid effect for a while, but not even a year.

Putin’s health really is an issue

…Which is where we get back to Putin’s health. If he really has a serious medical condition, the added stress and seemingly endless streams of horrendous choices won’t help. A sick person couldn’t rationally be expected to manage this truly impossible situation.

That’s presumably what the rumors and they are just rumors, of a medical out for Putin are getting around to. This is NOT actual or even verifiable news; it’s pure speculation. …But it is interesting. It’s theoretically possible that the recent “interestingly uninformed” wide circulation of medical commentary is a way of seeding the idea and setting up this option. Who knows?

There’s no credible reason to suggest this option is even being considered by anyone at all, but it does at least make some sense. Dropping dead at his desk may not be too appealing for Putin.

That said; the risk of an active opposition with military support isn’t exactly an open door to his future health, either. It is now quite plausible that the growing opposition in Russia will unavoidably have to consider either force or some other option to remove Putin. (Let’s hope it’s another option; Russia is fragile enough economically without an actual civil war as well.)

However, the medical resignation does offer a few added outs for Russia:

A new President wouldn’t be directly associated with the Ukrainian war disasters. Putin is the face of the war.

The “new broom” wouldn’t be at all personally responsible for the many horrible situations the Ukraine war has created. (It may be that a new president would be keener on cleaning up the mess anyway.)

A new president would have at least some traction with the global community. Putin has vaporized way too many bridges and overcommitted himself to the war. He can’t negotiate, even if he wants to.

Putin could resign with his personal reputation in Russia more or less intact. It’s sort of early retirement. Going voluntarily would also save Russia a lot of grief. Whether he cares about that at all is debatable, but it is a viable option.

None of his other options are viable for long, if at all. I’ll believe it when I see it, but after months of a totally irrational situation, it seems possible. After all; if there’s no out, there’s no end.