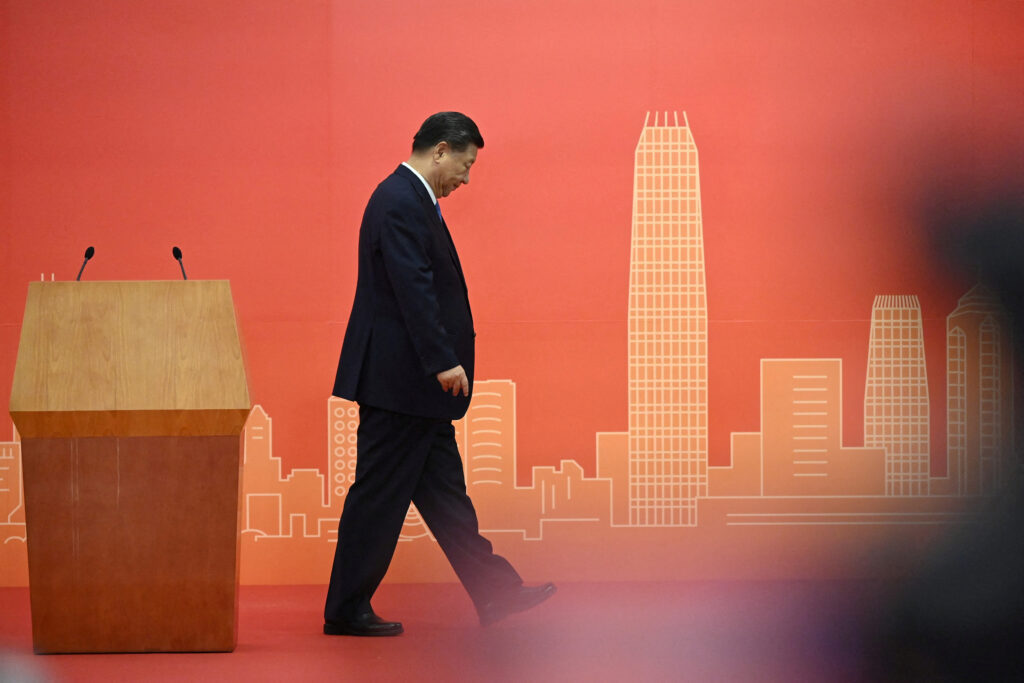 Chinese history is almost unbelievably complex, internally and externally. The world sees a communist monolith; China sees a complex, often perverse, situation. Xi Jinping has taken this rather thankless bull by the horns, trying to solve a perennial issue which has never been solved.

The current New York Times article “Turbulent Times, Xi Builds a Security Fortress for China, and Himself” covers the issues and history of Xi’s response to a range of perceived threats. This is a sort of broad-spectrum version of Xi’s management of issues. The issues range from internal security to foreign threats, “color revolutions” and things like the ancient Chinese sport of massive corruption.

What the world sees are a surveillance state, hyper-aggressive foreign relations, and some pretty strange phenomena regarding trade. Critics, including myself, make points about how confrontational and negative some of these things can become.

For foreigners, the external effects are what matter. That’s not the whole story, and it needs to be clarified. There’s another historical and current context to Xi’s management of issues which is all about China. This context is actually pretty right, with a few caveats.

China’s focus on political and social stability as described in The New York Times is based on a hideous history of an unstable China. This problem goes back to ancient dynasties and includes massive internal wars, the Taiping Rebellion, the An Lushan Rebellion, Empress Wu, and a host of other disasters. An unstable, incoherent China is invariably an unbelievable mess.

In the 20th century, the Qing Dynasty fell after Sun Yat Sen’s takeover. Sun was “replaced” by the Kuomintang (KMT) during the Warlord Era, in which most of China was governed by regional warlords with their own armies. The KMT supposedly “pacified” the warlords; in practice, they made things a lot worse. Corruption in particular got a lot worse and was essentially part of China’s economic realities for decades. At one stage, a Triad boss was running the Bank of China.

For the people and the country, also having to fight the Japanese, this was the epitome of national disaster. The disaster was on a scale even China’s horrific past could barely match. A rough Western equivalent would be the Thirty Years’ War. One of the reasons the communists took over China was that they promised stability and an end to the decades-long horrors of the previous 40 years.

The point here is that when the Chinese talk about things like “stability”, there’s a very strong meaning to the word which is almost literally personal to the Chinese people of the last four generations. The Chinese language is highly idiomatic; when they say “unstable”,  they’re talking about absolute carnage. The West thinks it’s some sort of rhetoric.

There’s another issue here which is visible but not at all clear to the West. China’s recent issues with building companies, for example, didn’t just happen,  A lot went wrong, and badly wrong. These are huge companies and very much part of the Chinese economy. This sort of financial train wreck is exactly what “internal security” means, just not in the usual Western sense of the word “security”.

Corruption is one of China’s perennial “hideous ghosts”. Anti-corruption measures in China go back to the Han Dynasty and all subsequent Chinese governments. It’s a historic plague in Chinese history and apparently, it’s a current issue as well.  Xi has taken the strictly proprietary approach favored by ancient Chinese scholars – Root out the corruption.

That simple idea becomes a lot less simple, rather quickly. Historically, when corruption is present anywhere in China, it impacts the party and government administration, directly or indirectly. So the theory of political security as per Xi’s interpretation is based on practical issues as much as theory. You can see the intermix of problems – The party sabotaging and discrediting itself through corruption or perceived corruption. The perceptions alone can be as destructive as any facts.

Now consider perceptions – The much-propagandized Chinese social credit surveillance system is also a good way of monitoring people suspected of corruption. It can be used as an intelligence tool. In that sense, it’s a consistent application of policy. The Western perception simply if understandably focuses on it as a civil and human rights intrusive system.

You can also see how even the terminology, when translated into Western languages, is way too unclear. It sounds bombastic when literally translated into English; in Chinese, it’s quite case-specific and has a much clearer context.

China’s relations with the world are equally complex with a long and gruesome historical trail attached to them. China has a good case for claiming it was on the wrong end of foreign relations with the West for many years. The Opium Wars were the definitive form of this very one-sided relationship. The opium trade was also abetted by Chinese officials and criminals, making opium another national disaster.

To make things rather a lot worse, the Opium Wars were also financing the British Empire. The opium trade was draining money out of China at a horrendous rate and compromising the economy to the point of collapse. Draconian measures within China did nothing to stop the problems. China lost the Opium Wars and had to cede territory like Hong Kong to Britain. The Boxer Rebellion similarly required territories to be handed to Japan, Germany, and Russia.

Is it any surprise that China finds it hard to overlook its history of foreign relations?  A foreign threat is almost a tautology in Chinese history. Something is foreign, therefore it’s hostile. That has actually been the case for centuries.

A perceived common enemy is also a unifying factor. That’s important for the idea of stability and coherence. The problem is that painting the world as the enemy tends to deliver a pretty uneven message.

China’s view of the world during the Qing Dynasty went from China as the center of the world to the clashes with the Europeans to a battered China climbing out of the rubble of the 20th century to a new China-centric view of the world. Xi’s policy statements are consistent but opaque.

That’s not helping anyone much. China still apparently has this historically-filtered view which really doesn’t necessarily connect with modern realities as seen in the West.

History is dictating to the future, reviving what should be long-settled problems. The Taiwan issue is an unnecessarily confrontational obstacle to practical relations with China. The habitual Chinese connection with Russia, which is definitely no longer what it was, is a case in point regarding filtration of perspective. Similarly, support for North Korea is another useless “legacy” policy, despite some friction and nuisance-level issues. Seeing Japan as a perceived enemy is simply flying in the face of history, geography, and economic realities.

So – Is Xi right, wrong, or is he simply managing risks as he sees them? I’ve been a Sinophile for many years, but I’m not Chinese.  It’s not that easy to accurately assess Chinese statements in the proper context(s). That’s a real problem because it’s far too easy to misread and misinterpret statements. I rely on native Chinese speakers rather than literal Western interpretations for that reason. It’s taken me 40 years to get even a basic grip on the subjects.

One thing I’ve learned about China is that nothing is ever simple, and little if anything is ever visible in public. A lot is always happening under the surface. There are always pro and anti  political and economic elements in any issue, smart or stupid.

Chinese and Western cultures are still too far apart for accurate interpretations of so many things. Errors of interpretation lead to errors in logic. Those errors could become highly destructive if people aren’t careful.

The world isn’t China’s enemy. It could at least try to understand the Chinese perspective.