Call it what you will – Climate change scenario, global warming tipping point, or just go on believing that everything is normal and arsonists are causing all the fires that have burned over 10 million hectares (24.711 million acres). But many people see Australia as the “poster child” for the climate crisis.

To put it in perspective, the area burned so far is almost the size of England, which is 13 million hectares. And if you think the 2018 California fires were huge, coming in at 800,000 hectares (1.978 million acres), guess again. The bottom line is this: Scientists say that many of those forests won’t recover in today’s warmer climate.

They are not just talking about Australia. They include parts of the American west, the Mediterranean Basin and even the Amazon Rainforest region in South America. Some of these post-fire landscapes will shift to brush or grasslands. 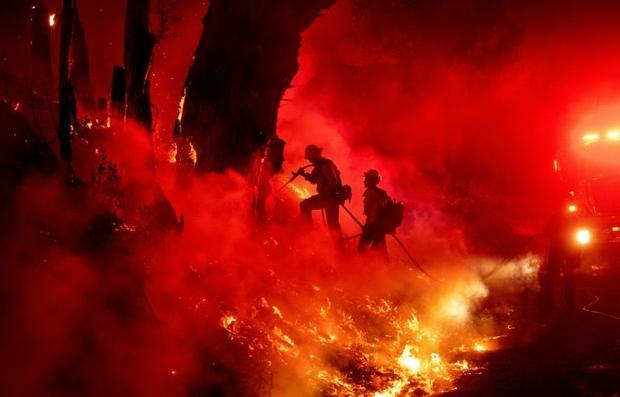 Firefighters try to control one of the fires in California this month.Such blazes are intensifying due to climate change
Josh Edelson, AFP

And after losing close to one billion animals, birds and reptiles in the fires, those remaining will have drastically changed habitats. Water and food sources will be different or even absent for some species, and carbon emissions will rise because there are fewer trees to absorb CO2 out of the air and store it.
Further Reading: The human ‘fingerprint’ is now detectable in everyday weather
Australia’s fire history
Emeritus Professor Stephen J Pyne of Arizona State University is an expert on the history of fire as well as a former firefighter in the U.S. and has written a book about Australia called Burning Bush: A Fire History of Australia.

He notes that most of Australia’s great or notable fires are usually designated by the day they occurred, such as the 2009 Black Saturday fires that claimed the lives of nearly 173 people. Interestingly, the most destructive fires happened in 1974 and burned 117 million hectares in central Australia. 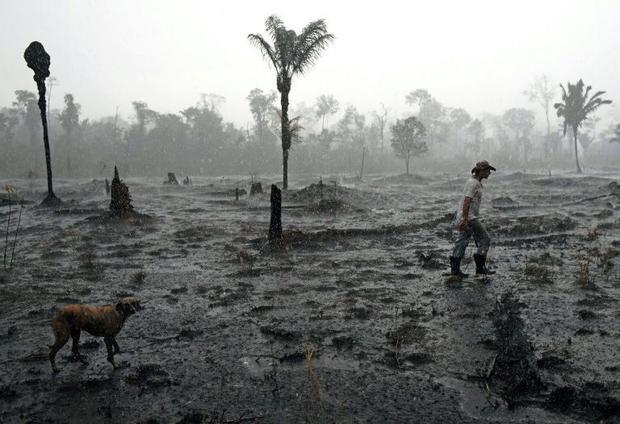 But because they didn’t impact on any communities, they were not given a name. “The 1974/75 fires had almost no impact and much of the damage was found by satellite after the fact,” Professor Pyne told news.com.au.

While it is true that Australia has always experienced fire seasons, just as California and Canada have fire seasons, They have been occurring more frequently and have been more destructive in the last 20 years.

“Undoubtedly climate change is real and my sense is that it’s acting as a performance enhancer,” Professor Pyne said. “Fires are becoming more and more savage, and they are more frequent. They used to happen every 30 or 50 years, now they seem to be happening by the decade.”
Further Reading: The climate crisis has pushed Earth to a critical ‘tipping point’ 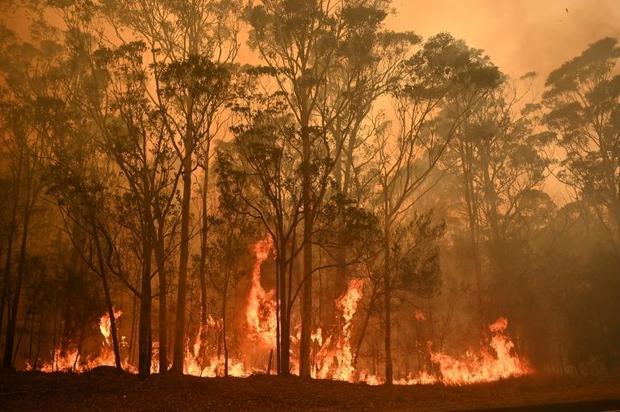 Temperatures have soared above 40 degrees Celsius (104 Fahrenheit) in Australia, and gale-force winds have fanned hundreds of fires
PETER PARKS, AFP

The climate change link is evident
The link between global warming, forests, and wildfires is multifaceted but very clear, said Nerilie Abram, a climate researcher at Australian National University. This combination of factors creates an unending cycle of events.

“Increasing temperatures dry out fuel and lead to more days of extreme fire weather,” she said. “The poleward shift of the Southern Hemisphere westerly winds is drawing winter rainfall away from southern Australia, causing a long-term drying trend that makes the landscape more vulnerable to burning.”

Digital Journal has written about this link and the cycle that’s created when drought and loss of forests cause higher temperatures over the land and lower humidity, which, in turn, worsens wildfire conditions. This is what may happen in Australia’s Alps. 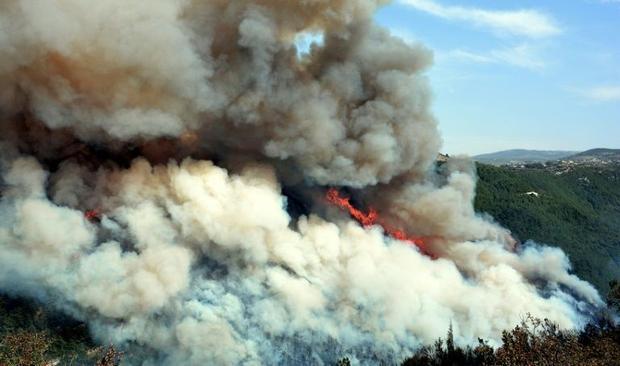 Forest fires have erupted in large swathes of land in Lebanon and Syria
-, SANA/AFP

Australian National University climate scientist Christopher Brack explains: “These fires burning through the Southern Alps (in Australia) at the moment are re-burning alpine and mountain ash trees that were regenerating from fires less than 20 years ago,” Brack said. In the warming climate, the current forests are likely to be replaced by brush and other shorter-lived and more flammable species that will intensify the fire cycle, he said.

In a recent Australian television interview, according to Inside Climate News, Pennsylvania State University climate scientist Michael Mann said the heartbreaking loss of irreplaceable forests in Australia is a clear sign of a climate tipping point playing out before our eyes. Similar scenarios are apparent in forests around the world, he said. 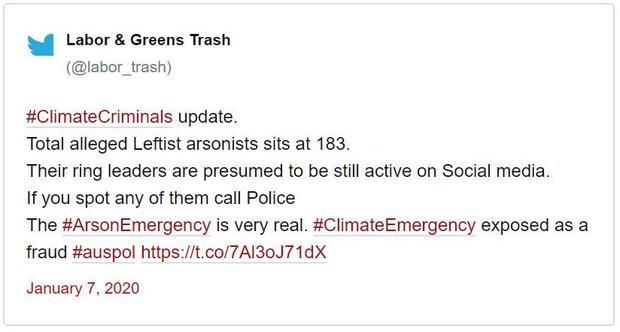 Arsonists and the “disinformation campaign”
Yes, it is true that 24 people have been charged with arson for starting some of the fires in Australia. However, bot and troll accounts are involved in a “disinformation campaign” aimed at exaggerating the arsonist claims and downplaying climate change as being a factor in the bushfires, according to social media analysts.

Queensland University of Technology senior lecturer on social network analysis Dr. Timothy Graham examined content published on the #arsonemergency hashtag on Twitter. Out of a total of 1,340 tweets, he found that 1,203 were unique – all coming from 315 accounts. 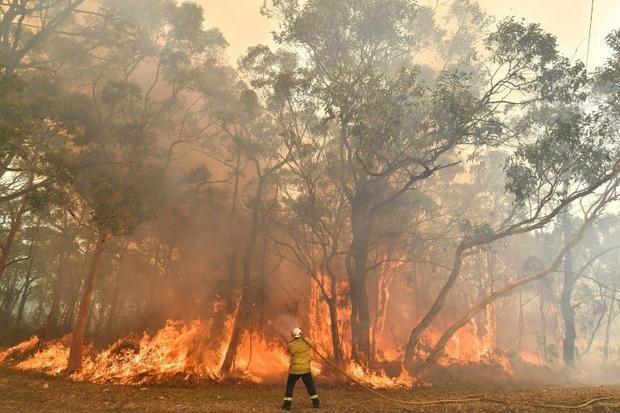 Using a Twitter bot detection tool, he assessed a random sample for bot-like characteristics. The analysis showed a “current disinformation campaign” on Twitter’s #arsonemergency hashtag due to the “suspiciously high number of bot-like and troll-like accounts.”

He also found suspicious accounts under the hashtags #australiafire and #bushfireaustralia. “Australia suddenly appears to be getting swamped by mis/disinformation as a result of this environmental catastrophe, and we are suffering the consequences in terms of hyped-up polarisation and an increased difficulty and inability for citizens to discern truth,” Graham told the Guardian. 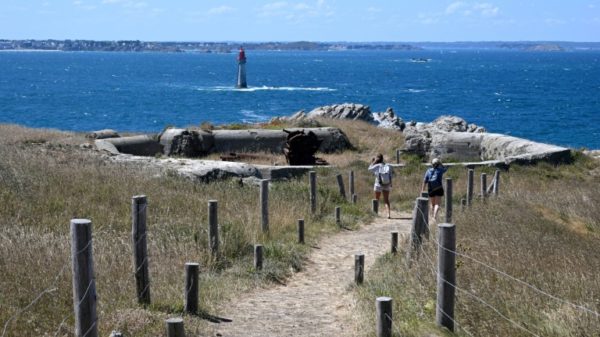