It has been a disastrous week politically and personally for many Americans after the events in Charlottesville, Virginia over the past weekend. For this writer, as a Virginian with family living in Charlottesville, I was especially worried because of the violence that erupted, ending in the death of a city resident.

However, the event that took place in Virginia also opened many people’s eyes to the true makeup of the man who calls himself the President of the United States. Trump and his associates are probably sitting in the White House right now, gleefully watching CNN, Fox and NBC, hoping to see another crisis erupt.

Trump is hoping another of his outrageous tweets or comments will keep the public occupied long enough so that he can get back to his real agenda, trashing anything that has President Obama’s signature, while in the meantime, tearing down our environmental successes and values as a nation. 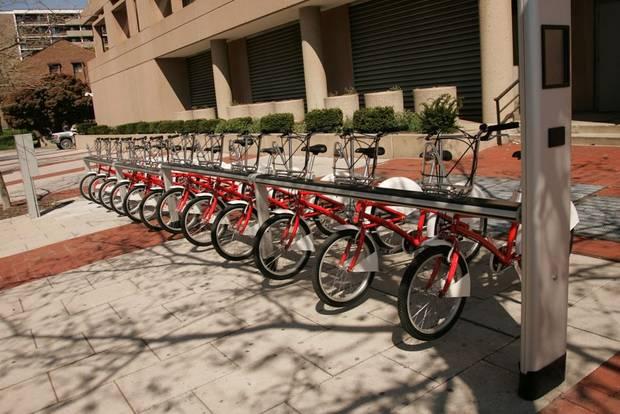 A rack of SmartBike bicycles
Courtesy Clear Channel Outdoor
The Capital Bikeshare program takes a hit
While the public has been tied up watching the sideshow that is our Presidency, this week Trump successfully got rid of a bike-share station that is part of Capital Bikeshare. The nine-slot dock was located inside the White House’s security perimeter and was installed in 2010 at the request of the Obama administration for use by White House staffers.
Advertisement. Scroll to continue reading.

District Department of Transportation spokesperson Terry Owens told the Washingtonian the bike=share station was part of The Transportation Investment Generating Economic Recovery—or TIGER—grant program in the 2009 stimulus act that funded bike-infrastructure programs throughout the United States.

Raw Story notes that “Capital Bikeshare users average saving $631 per year on personal travel cost, meaning the removal of the 9-slot station could cost White House staff $5,679 in increased transportation expenditures.” There are 3,700 bicycles and 440 stations in the bike-share system around the capital.

People need to know that in Trump’s proposed budget submitted in May this year, he is calling for the removal of many programs, including TIGER, that promotes the advancement of recreational and commuting-based cycling. The question to ask yourselves is this: Is Trump really advocating for fiscal efficiency or is he just being hateful and vindictive because Obama thought of the bike-share program? 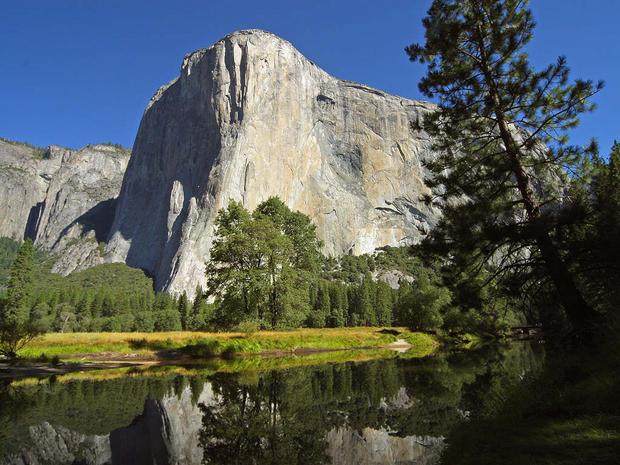 El Capitan, Yosemite Valley
PD Photos
Another hit in the stomach for the environment
Zion National Park received the NPS’s Environment Achievement Award for their leadership in banning bottled water. They are now keeping about 5,000 pounds of trash a year out of the landfill, reported Corporate Accountability International recently.
Advertisement. Scroll to continue reading.

We all know the facts about plastics and the impact they have on the environment. Americans consume 50 million plastic bottles every year, and while most of them end up in landfills, many more of them end up littering roads, trails, and waterways. As for our national parks, plastic bottles are the single largest contributor to trash, making up one-third of their solid waste on average, according to a report by Public Employees for Environmental Responsibility (PEER).

The National Park Service announced in a press release on Wednesday it is discontinuing Policy Memorandum 11-03, commonly referred to as the “Water Bottle Ban.” The 2011 policy aimed to encouraged national parks to eliminate the sale of disposable water bottles.

“While we will continue to encourage the use of free water bottle filling stations as appropriate, ultimately it should be up to our visitors to decide how best to keep themselves and their families hydrated during a visit to a national park, particularly during hot summer visitation periods,” said Acting National Park Service Director Michael T. Reynolds.

So far, only 23 out of the nation’s 417 National Park Service sites have implemented the policy, but the memorandum on revoking the policy is effective immediately. And while parks are supposed to continue with promoting the proper disposal of plastic bottles, you and I both know what’s going to happen.

As usual, I have a bottom line to this. The American consciousness has changed in the way we perceive our connection to the environment and what we value. More and more people, from all walks of life, realize that bikes and plastic bottles are issues that need to be addressed. Biking is not only a healthy activity but riding a bike reduces our carbon footprint.

Tech companies, manufacturers, and other business entities are changing the way they look at their environmental responsibilities and how their actions will reflect on sustainability as we move into the future. So yes, I am saying our values, what we hold dear and believe in, are being undermined by the rampaging bull we have in the White House.