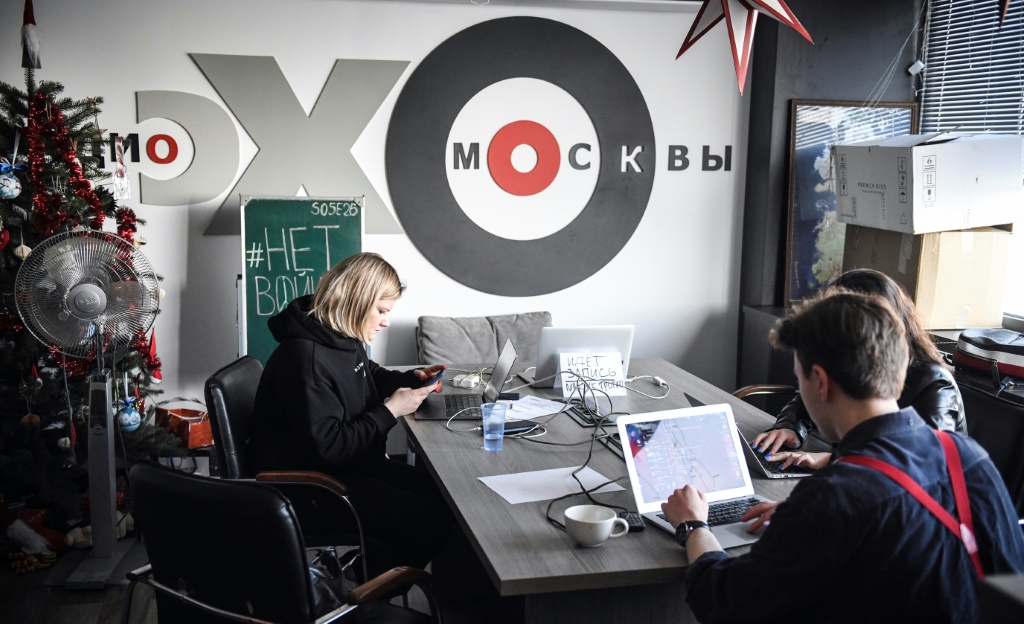 Unregulated online content has spread disinformation and propaganda that have amplified political divisions worldwide, fanned international tensions and even contributed to Russia’s invasion of Ukraine, a media watchdog warned Tuesday.

At the same time, despotic and autocratic regimes that tightly control information in their societies are using their “asymmetric” position to wage “propaganda wars” against democracies and fuel divisions within them, the watchdog said in the 2022 edition of its annual World Press Freedom Index.

“Polarisation on these two levels is fuelling increased tension,” Reporters Without Borders, widely known by its French acronym RSF, said in a five-page summary.

“The creation of media weaponry in authoritarian countries eliminates their citizens’ right to information but is also linked to the rise in international tension, which can lead to the worst kind of wars,” RSF Secretary-General Christophe Deloire said.

He added the “Fox News-isation” of Western media also poses a “fatal danger for democracies because it undermines the basis of civil harmony and tolerant public debate”.

The situation is “very bad” in a record 28 countries, according to this year’s ranking of 180 countries and regions based on the degree of freedom enjoyed by journalists.

Russia (155th) and ally Belarus (153rd) were also on its red list of the most repressive. 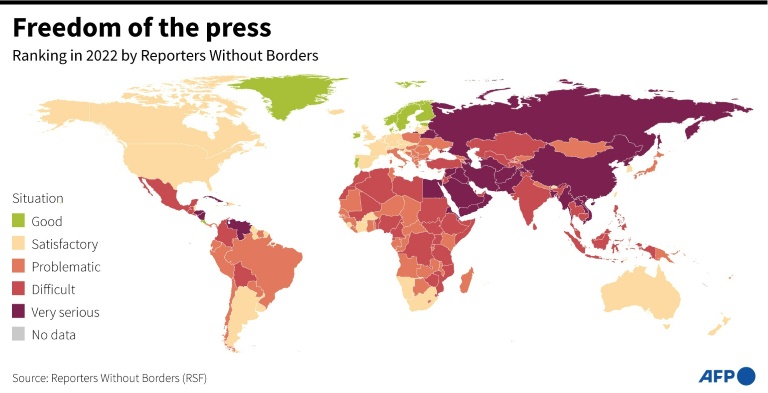 Hong Kong’s position plummeted dozens of places to 148th, reflecting Beijing’s efforts to use “its legislative arsenal to confine its population and cut it off from the rest of the world”, RSF said.

Nordic countries Norway, Denmark and Sweden again topped the index, serving as a democratic models “where freedom of expression flourishes”.

The NGO commended Moldova (40th) and Bulgaria (91st) this year due to government changes and “the hope it has brought for improvement in the situation for journalists”.

But it noted “oligarchs still own or control the media” in both.

Media polarisation was “feeding and reinforcing internal social divisions in democratic societies” such as the United States (42nd).

That trend was even starker in “illiberal democracies” such as Poland (66th), a European Union country where suppression of independent media was also noted by RSF.

The NGO, launched in 1985 and which has published the yearly index since 2002, has become a thorn in the side of autocratic and despotic regimes around the world.