In May, the National Weather Service’s Climate Prediction Center (CPC) reported that ENSO neutral conditions are expected to last through the late summer into early fall, and most of the climate models support this. Then, by the advent of the winter season in the Northern Hemisphere, the possibility of an El Nino rises to 50 percent.

ENSO Neutral refers to those periods in which neither El Niño nor La Niña is present.

However, over the past four weeks, while equatorial water temperatures were near average across most of the Pacific Ocean, an exception was seen in the western Pacific, which continues to have above-average water temperatures. This supports a gradual development of El Niño conditions. 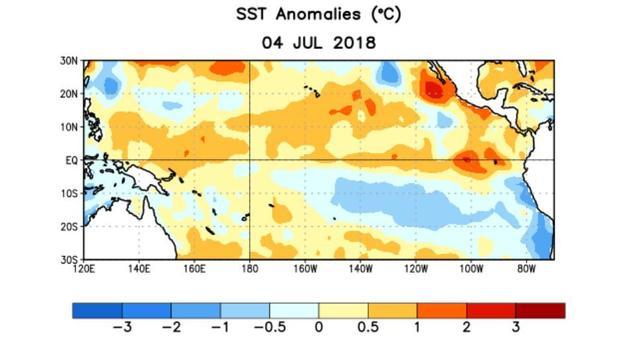 “We believe the models more the closer we get to winter,” said Michelle L’Heureux, a forecaster at the center in College Park, Maryland. “Just like weather forecasts tend to be better one day out than seven days out, the same thing tends to happen in climate forecasting.”

Impact of El Nino on Atlantic Hurricane season
Agriculture.com notes that the last El Nino was linked to crop damage, fires and flash floods before it went away in 2016.

And without a doubt, El Ninos can have a profound impact on agriculture, weather, and economies. The last El Nino saw failures in cocoa, tea and coffee harvests throughout Asia and Africa while ushering in the warmest winter on record in the contiguous United States, causing a decrease in the demand for natural gas.

Let’s look at the Atlantic Hurricane season first. If El Nino conditions were to develop by this fall, the number of tropical cyclones in the Atlantic would drop.

A weak hurricane season usually is associated with El Nino conditions, when the waters in the Tropical Pacific is warmer. El Nino conditions create high-altitude winds over the Atlantic Ocean, which tear storms apart before they can turn into cyclones.

But with ENSO neutral conditions, this means Pacific water temperatures will likely be cool or only slightly warm, meaning wind sheer will be weak. And Atlantic waters were abnormally cool in January and February because high winds at the ocean’s surface churned up cold water from below.

However, the odds are greatest for El Nino formation from November to January, according to the report. This means El Nino will develop too late to cause any lessening in the number of tropical cyclones in the Atlantic Hurricane season. But, there are other factors that contribute to the number of named storms that develop, so a developing El Niño does not mean there will be fewer storms. 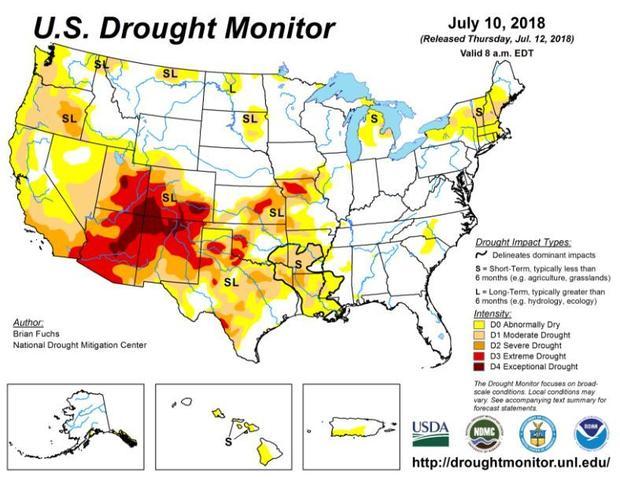 El Nino impact on winter weather the in the U.S.
When El Nino conditions are present over the winter season, the jet stream shifts bringing wetter than normal conditions to the southern tier of the U.S., including portions of California. This also means that temperatures are cooler than average from the southern Plains into the Southeast.

We also find temperatures are warmer-than-average from eastern Alaska into western and central Canada and into the Pacific Northwest, northern Plains, and Midwest. In South America, Brazil is prone to drought, while Argentina will probably get more rain.

We are still months away from knowing what will actually happen, but based on past modeling and careful temperature observations, this forecast is likely to play out.