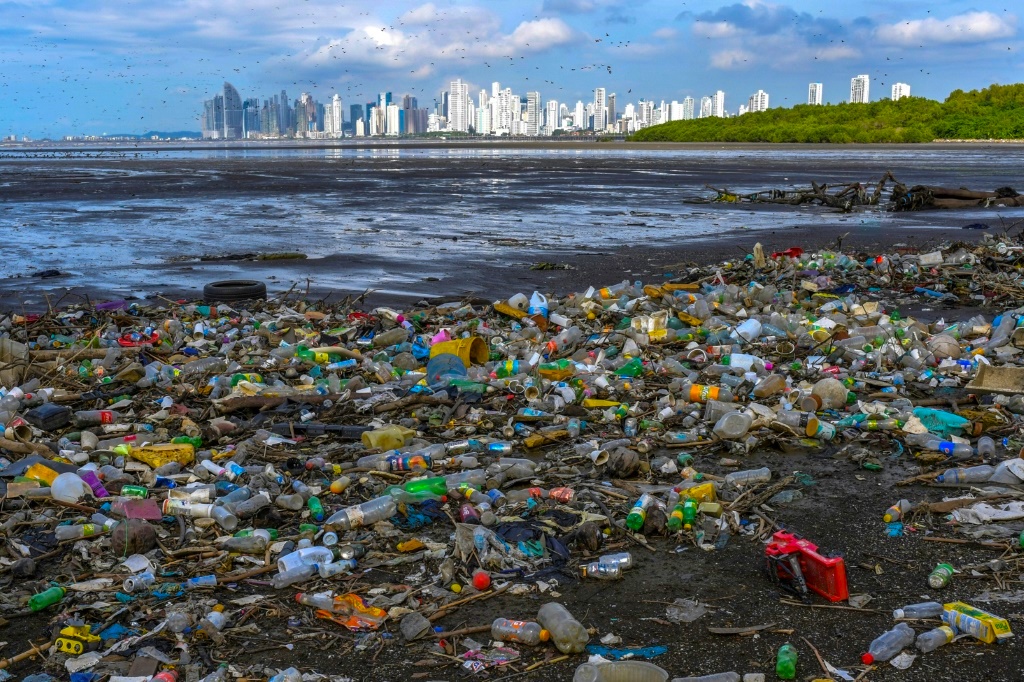 Humanity must heal oceans made sick by climate change, pollution and overfishing in order to rescue marine life and save ourselves, experts warned ahead of a major UN conference opening Monday in Lisbon.

By absorbing — decade after decade — a quarter of CO2 pollution and more than 90 percent of excess heat from global warming, oceans have kept Earth’s terrestrial surface liveable.

Our species has returned the favour by dumping mountains of plastic waste into the sea, emptying the deep blue of big fish, and poisoning coastlines with toxic chemicals and agricultural runoff that create dead zones bereft of oxygen.

“At least one-third of wild fish stocks are overfished and less than 10 percent of the ocean is protected,” Kathryn Matthews, chief scientist for US-based NGO Oceana, told AFP.

“Destructive and illegal fishing vessels operate with impunity in many coastal waters and on the high seas.”

Nearly $35 billion in subsidies that aggravate overfishing will fall under a harsh spotlight in Lisbon, despite first steps towards a partial ban put in place by the World Trade Organization (WTO) last week.

At the same time, ocean water made acidic by CO2 along with vast marine heatwaves lasting months or longer are killing coral reefs that support a quarter of marine life and provide livelihoods for a quarter of a billion people.

Jointly hosted by Portugal and Kenya, the five-day UN Ocean Conference — delayed from April 2020 by the Covid-19 pandemic — brings together thousands of government officials, businesses, scientists and NGOs in search of solutions.

While they do not all see eye-to-eye on what needs to be done, they largely agree on what is at stake.

“If we don’t do the right thing, we might end up with a dead ocean,” Rashid Sumaila, a fisheries expert and professor at the University of British Columbia, told AFP. 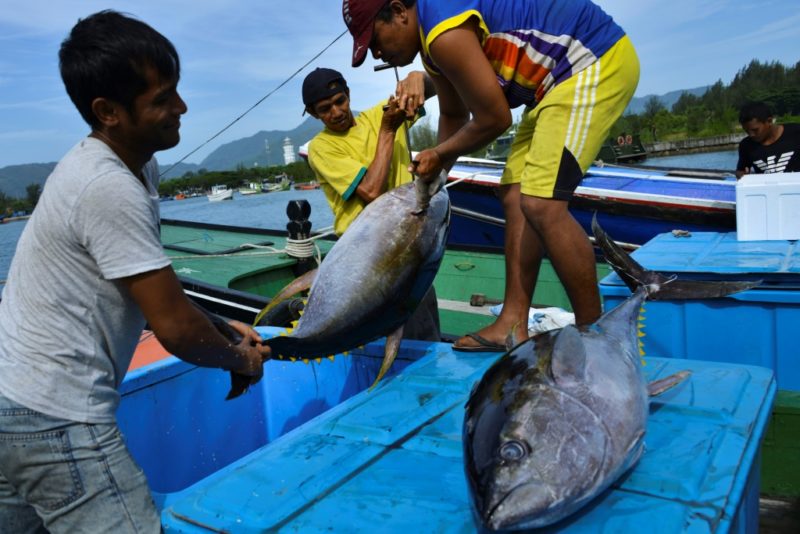 The new watchword is ‘blue food’ — sustenance from the sea that is both sustainable and equitable. — © AFP

Pollution that could, on current trends, see as much plastic in the seas as fish by mid-century is also on the agenda, with proposals ranging from recycling to outright banning of plastic bags.

From East Asian factory ships prowling the high seas to artisanal fishing boats hugging tropical coastlines, how to make wild fisheries sustainable will be high on the Lisbon agenda.

The new watchword is “blue food” — sustenance from the sea that is both sustainable and equitable.

Also under the microscope is the booming aquaculture industry, where issues range from the destruction of precious mangrove forests to rampant antibiotic use.

The conference may report trend lines for wild fisheries — which peaked in the 1990s — and seafood farming for the first time, with each producing about 100 million tons per year.

The Lisbon meet will see ministers and even a few heads of state, including French President Emmanuel Macron, but is not a formal negotiating session. 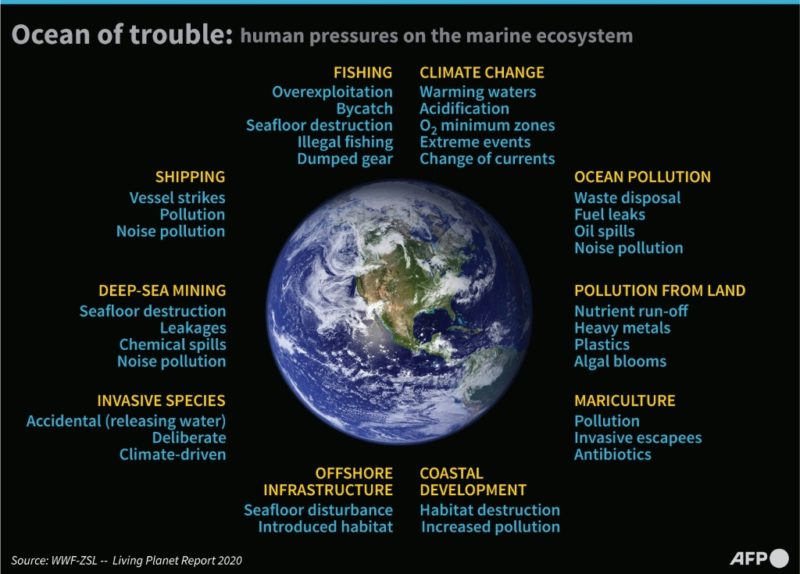 Nearly 100 nations support a provision that would see 30 percent of the planet’s land and ocean designated as protected areas. — © AFP

That won’t stop participants, however, from pushing for a strong oceans agenda at two critical summits later this year: the COP27 UN climate talks in November, hosted by Egypt, followed by the long-delayed COP15 biodiversity negotiations, recently moved from China to Montreal.

Oceans are already at the heart of a draft biodiversity treaty tasked with halting what many scientists fear is the first “mass extinction” since a meteor wiped out terrestrial dinosaurs more than 65 million years ago.

A coalition of nearly 100 nations supports a cornerstone provision that would designate 30 percent of the planet’s land and ocean as protected areas.

For climate change, not so much.

Despite global warming’s dire impact and the key role oceans play in soaking up atmospheric CO2, the seven seas have barely rated a mention within ongoing UN climate talks until recently.

But science has made it clear they need each other: oceans will continue to suffer unless greenhouse gas concentrations stabilise, and the fight against global warming will be doomed if oceans lose their capacity to draw down CO2 and soak up heat.