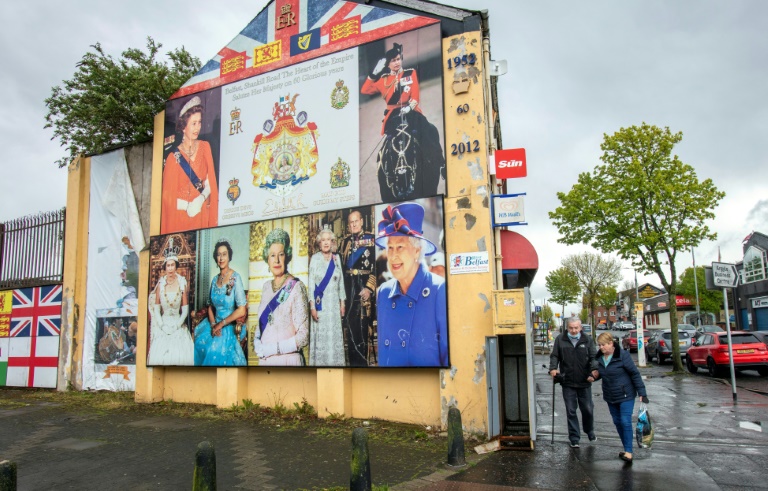 Northern Ireland marked its centenary on Monday under coronavirus restrictions, simmering post-Brexit unrest and a leadership crisis marring the anniversary in the British-ruled province.

Northern Ireland — home to 1.9 million people — was created in 1921 as Ireland freed itself from British rule following a war for independence.

Commemoration events have been cancelled due to Covid-19 curbs and the weeks leading up to the anniversary have witnessed the worst rioting in the region for years.

First Minister Arlene Foster last Wednesday announced her resignation after a reported coup in her Democratic Unionist Party (DUP), where rancour is brewing over the consequences of Brexit.

Throughout its history, Northern Ireland has been bitterly contested between pro-UK unionists and pro-Ireland nationalists, who do not recognise its legitimacy and regard Monday as the anniversary of the unjust “partition” of Ireland.

UK Prime Minister Boris Johnson nevertheless said it was a “very significant national anniversary”, marking “the formation of the United Kingdom as we know it today”.

He said it was important that “we pause to reflect on the complex history of the last 100 years”.

It is “an important opportunity to come together to celebrate Northern Ireland”, he added.

In contrast, Mary Lou McDonald, the leader of all-Ireland nationalist party Sinn Fein, said “a century of partition has cost us dearly”.

“That past was defined by those who divide. The future is for those of us who unite,” she added.

Recent unrest across Northern Ireland emanated from the unionist community, where Johnson is held in low esteem for allowing a special post-Brexit “protocol” for the province which many feel dislocates the region from its place in the UK.

At least 88 police officers were injured in a week of riots in April that spread to the nationalist community and saw riot police with water cannon deployed against youths throwing bricks and petrol bombs.

The protocol also dealt a heavy blow to Foster in the final chapter of her political career.

Foster and the DUP have been vehemently opposed to any special post-Brexit arrangements for Northern Ireland, but have been powerless to prevent Johnson agreeing them with Brussels.

Foster will step down as DUP leader on May 28 and as first minister “at the end of June”, she said in her departure statement.

A leadership contest to replace her heated up on Monday, as Jeffrey Donaldson, who represents the party in the UK parliament in London, entered the race.

“Our task is to not only make the case for the union but to strengthen that union in the years ahead,” he said, launching his campaign in Belfast.

“Our next century will be built on the politics of persuasion.”

Northern Irish agriculture minister Edwin Poots has already declared his candidacy and is considered by many to be the frontrunner in the contest — with a more hardline stance.

Unionists fear the protocol would increase the likelihood of a united Ireland — a prospect which has been an historic source of bloodshed in Northern Ireland.

A three-decade-long sectarian conflict known as “The Troubles” saw 3,500 killed over the question of Northern Ireland’s destiny.

A 1998 peace deal largely ended fighting but a hangover of bitter division remains.

On Sunday, head of state Queen Elizabeth II said “the peace process is rightly credited to a generation of leaders who had the vision and courage to put reconciliation before division”.

“Above all, the continued peace is a credit to its people, upon whose shoulders the future rests,” she said in a statement.

The future of Northern Ireland within the UK is ever more uncertain as many feel the fallout of Brexit has altered its constitutional status.

The Brexit protocol effectively keeps Northern Ireland in the EU customs union and parts of the single market.

Some unionists say new checks at Northern Irish ports to enforce this amount to an “Irish sea border” which is paving the way for a united Ireland.

A poll released over the weekend by the Sunday Life and Sunday Independent newspapers found 90 per cent of unionists predict a return to violence if the province is united with Ireland.