In the past 40 years, eight of the world’s major ocean gyres (wind-driven current systems) have been slowly shifting toward the poles at a rate of about a mile every two years. Up to now, available observations have been sparse and short in duration, making it difficult to track any dynamic changes of large‐scale ocean circulation.

This is what experts at the Alfred Wegener Institute, Helmholtz Centre for Polar and Marine Research (AWI), analyzing long-term global satellite data of ocean surface temperature and sea levels found. Their work was published in the peer-reviewed journal Geophysical Research Letters on February 25, 2019.

The actual simulations proved to be accurate
Starting their simulations of the atmospheric carbon dioxide content at the dawn of the industrial age in 1850 – The researchers raised the amount of carbon dioxide in the Earth’s atmosphere until it was twice the 1850 level and calculated the potential current development for a range of initial climatic conditions. 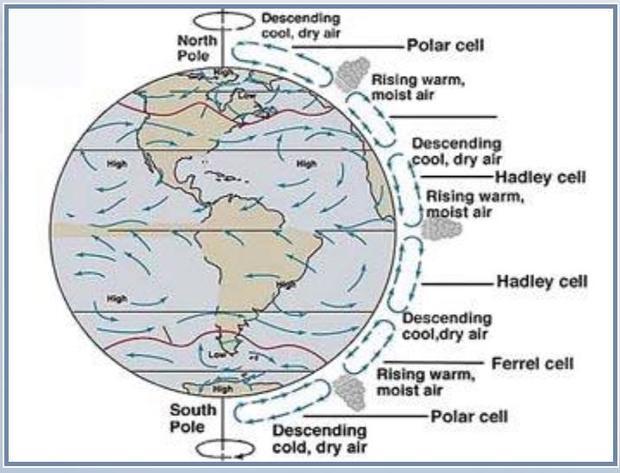 Doing this, the research team was able to discriminate between natural fluctuations in ocean currents and those that could be attributed to climate change. “Our calculations for a world with high carbon dioxide values produced the same trends that we saw in the satellite data,” said co-author and AWI climate modeler Gerrit Lohmann.

“And we’re seeing similar changes in the analyses we run with other available model runs from around the globe. In this way, we can show that global warming is a major motor for these shifting currents,” Lohmann added. 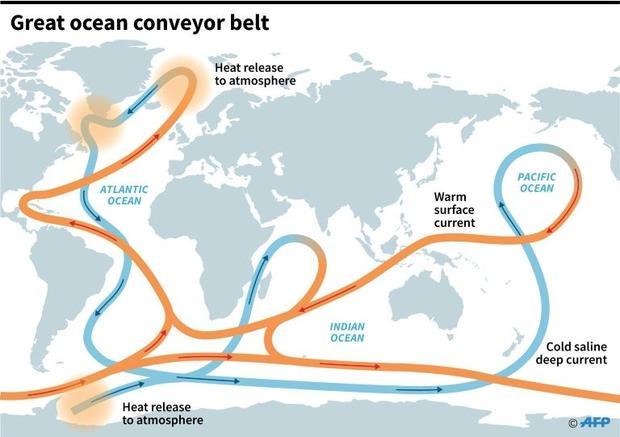 “As the western boundary currents continue to shift, the courses of winter storms and of the jet stream are following suit,” said AWI oceanographer Hu Yang, first author of the study. “At the edges of the eastern boundary currents, we’re now seeing the rich ecosystems begin to shrink because the shifting currents are changing the living conditions too quickly for marine organisms to adapt.”

We are being impacted now
This poleward shift to both the North and South poles will have long-term consequences, not only for its broad impacts on ocean heat transport, regional sea-level rise, and coastal ocean circulation but the shifting currents will also deprive coastal ocean waters of the nutrients needed for the larvae of marine species to thrive, something we are already seeing. 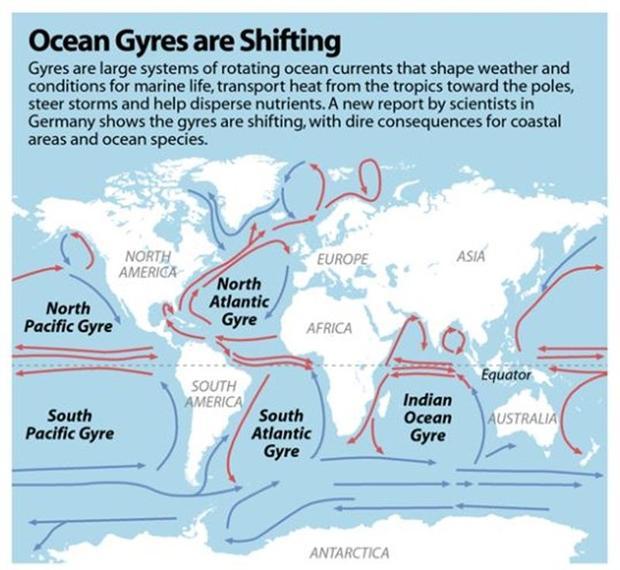 And it is these long-term impacts that we need to focus on right now. On the West Coast of North America, salmon are being pushed out of traditional fishing waters, not only impacting the species as a whole but creating economic instability to the fishing industry.

Coastal fisheries on the East Coast of North America, from Atlantic Canada on down to Florida have been impacted, particularly lobster and cod populations. But it is sea-level rise on the East Coast of the U.S. that is alarming. “At about 40 degrees latitude north and south, where the effects of the shifting currents are most evident, sea-level rise is already 8 to 12 inches more than in other regions,” said Yang.

In this article:climate research, east coast of us, Global warming, ocean currents, winddriven