Actually, to be precise, 50 percent of respondents supported the president’s impeachment and removal, while 4 percent backed impeachment but not removal. Forty-one percent opposed impeachment, according to The Hill.

Strang as it may seem, after last week’s mind-numbing hours and hours of hearings in the House of Representatives and the historic House Judiciary Committee vote to advance two articles of impeachment – Trump tweeted: “Poll numbers have gone through the roof in favor of No Impeachment, especially with swing States and Independents in swing States. People have figured out that the Democrats have no case, it is a total Hoax.”

Approval Rating in Republican Party = 95%, a Record! Overall Approval Rating = 51%. Think of where I’d be without the never ending, 24 hour a day, phony Witch Hunt, that started 3 years ago!


In reality, the numbers are largely unchanged from a similar poll conducted by Fox News in October, and their results are in line with other polls taken across the country, including the latest Reuters/Ipsos Core Political online survey, released on December 12.

If you stop for a moment and digest all the polls that have been taken over the past several months, one thing will become very clear – Most Republican and Democratic politicians are not getting very high marks from the public. And because the country is so horribly divided, the polls show continuing partisanship.

Karlyn Bowman, a senior fellow at the American Enterprise Institute, a Washington, D.C. based think tank, writing in Forbes, says that “while most things have stayed the same since October, there is evidence that many Americans may feel differently about the impeachment process than many Washington politicos do. For Americans, it isn’t a top priority.” 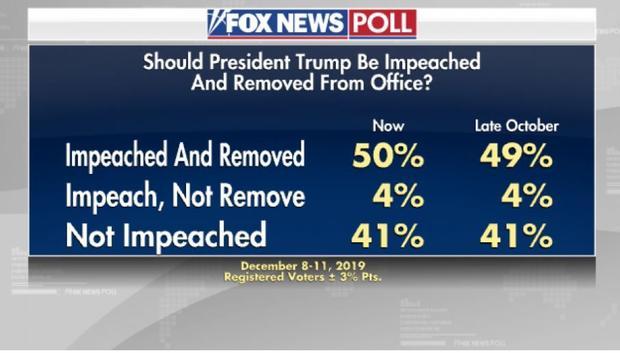 Fox News
She suggests that people are getting exhausted by the whole political process and would prefer to make their voices heard at the ballot box – and they think journalists and politicians find the issue of greater importance than they do.

This does not bode well for Nancy Pelosi who hoped the impeachment hearings would garner support from the American public. And because they seemed to drag on and on, basically, the evidence presented did nothing to make anyone change their minds.

The poll was conducted between Dec. 8 and Dec. 11 in partnership with Beacon Research and Shaw & Co. They surveyed 1,000 registered voters, and the poll had a margin of error of 3 percentage points. 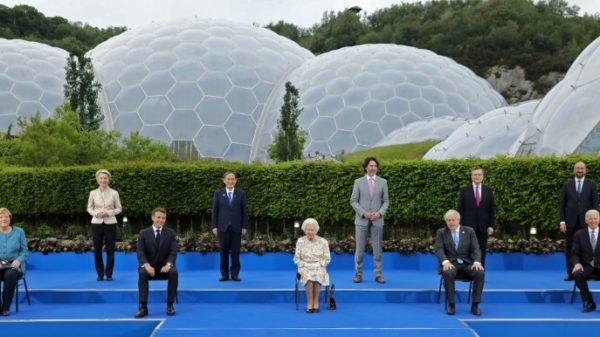 G7 leaders on Saturday confronted China and the threat of future pandemics as the elite club of wealthy nations advertised a newfound Western unity.