Lake Winnipeg is Canada’s sixth largest lake. The relatively shallow lake is located in the province of Manitoba. Its southern tip lies about 55 kilometers (34 miles) north of the city of Winnipeg. It is the largest lake within southern Canada’s borders, and it is part of the most undeveloped large watershed in southern Canada.

Lake Winnipeg receives water from three US states – North Dakota, South Dakota and Minnesota. as well as four Canadian provinces – Alberta, Saskatchewan, Ontario, and Manitoba. Given the massive watershed and the relatively small volume of water in the lake, it is dominated by events in its watershed, as well as climate change. 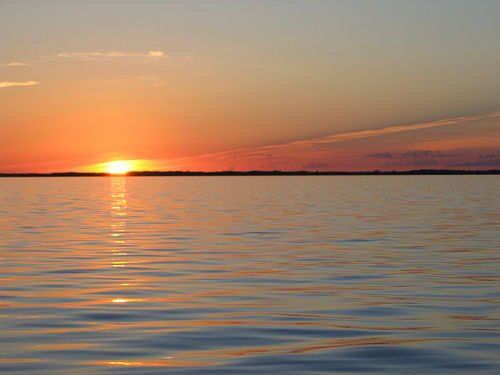 Sunset from a Sailboat on Winnipeg Lake
anfearglas flickr

A history of environmental issues
“Cyanobacteria blooms have become increasingly common in Lake Winnipeg since the 1990s,” says Susan Murch, associate professor of chemistry at UBC Okanagan and study lead author. And over the years, Lake Winnipeg has earned the distinction of being “Canada’s sickest lake.”

In 2011, CBC News reported on a five-year study commissioned by the province. Dr. Peter Leavitt’s study showed that phosphorus levels in the lake were approaching dangerous levels. He said, “If nothing’s done then you have the potential of having algae that are toxic within the lake, not potentially toxic. There are human health risks associated with liver disease and even potential for cancer in some instances.” 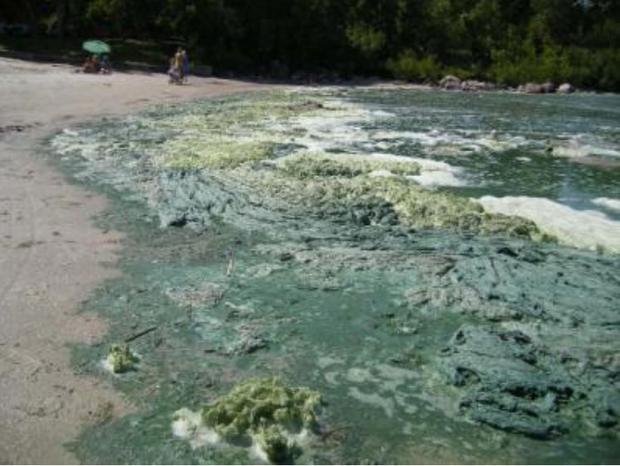 Leavitt pointed out the Increased phosphorous levels in the lake are coming from livestock farming, pollution from cities, and through wetland loss. At that time, the province was warned that large reductions in the lake’s phosphorus load were indicated if the lake were to be saved.

Today, five-years after that study, $18 million has been spent trying to reduce the phosphorus levels in the lake and all Manitoba has to show for the effort is a less than 1.0 percent reduction in the chemical. Needless to say, with the continuing flood of raw sewage and runoff from agriculture coming into the lake, it will be difficult to control the algae blooms. 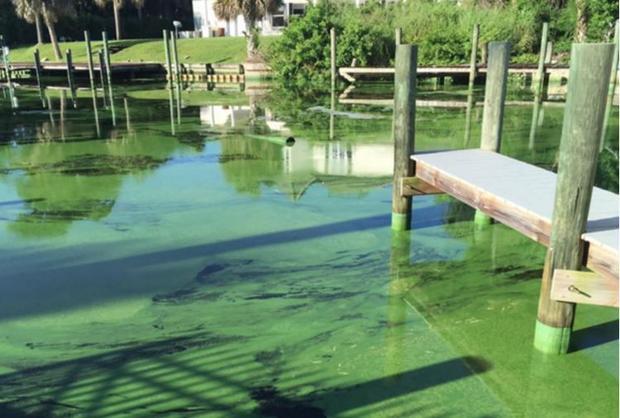 What the UBC Okanagan study found
Cyanobacteria in aquatic systems have been found to contain N-β-methylamino-L-alanine (BMAA) and 2,4-diaminobutyric acid (DAB), non-protein amino acids that are associated with neurodegenerative disease, as well as two of the naturally occurring isomers, N-2 (amino)ethylglycine (AEG) and β-amino-N-methylalanine (BAMA)

The cyanobacterial blooms plaguing Lake Winnipeg have become increasingly common in recent years. “These bacteria have also been known to produce BMAA under the right conditions and we wanted to establish whether this could be happening in one of Canada’s largest and most important freshwater lakes,” said Susan Murch, associate professor of chemistry at UBC Okanagan and study lead author.

BMAA has been associated with everything from Alzheimer’s to ALS and can have serious public health implications if it permeates food and water supplies. And interestingly, BMAA is found in very high levels in shark fins – Another reason to avoid that bowl of shark fin soup. 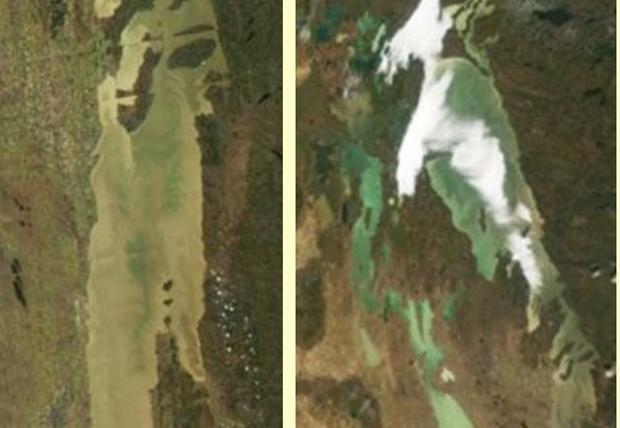 “It’s very difficult to detect BMAA directly in water samples using current methods,” says Stephanie Bishop, a graduate student in chemistry at UBC Okanagan and study co-author. “We decided to look for its presence in the cyanobacteria itself using samples collected from across the lake with the help of our partners from the Lake Winnipeg Research Consortium.”

Samples of water were collected from Lake Winnipeg in July and September of 2016. BMAA was present in the highest concentrations in areas of the algae bloom that are impacted by pollution and farming, say the researchers. Agricultural and human activities along with factors like climate change are very likely behind the increased size and frequency of blooms,”

Murch adds. “We now know that with these blooms comes the very real risk of increased exposure to BMAA and the public health impacts that follow.” The authors add, “We hope that an increased awareness of risks of BMAA along with a better understanding of the human impacts on algal blooms will help us better manage the potential consequences to public health.”