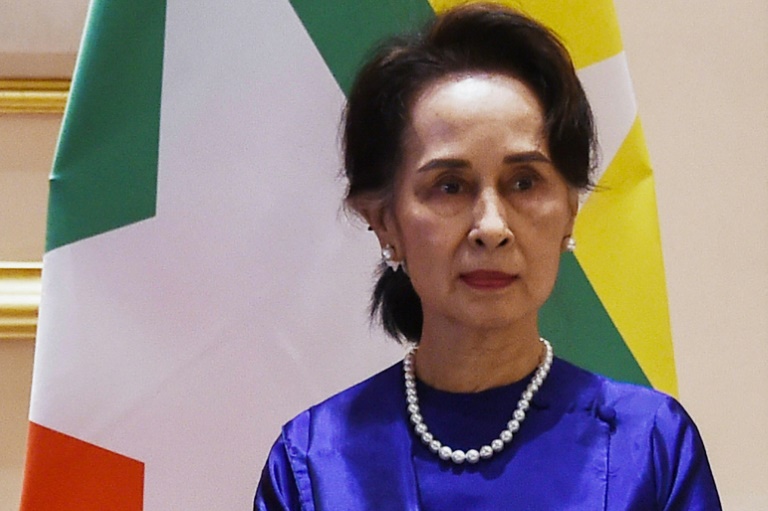 A Myanmar junta court on Monday again postponed giving its verdict in Aung San Suu Kyi’s trial for illegally importing and possessing walkie-talkies, a source with knowledge of the case said.

The Nobel laureate has been detained since the generals staged a coup against her government on February 1, ending the Southeast Asian country’s brief period of democracy.

Nationwide protests against the putsch have been met with a bloody crackdown, with more than 1,300 people killed and over 11,000 arrested, according to a local monitoring group.

Suu Kyi, 76, was due to hear the verdict on charges she illegally imported and possessed walkie-talkies — the latest in a catalogue of judgements in a junta court that could see her jailed for the rest of her life.

But the judge adjourned the verdict until January 10, a source with knowledge of the case told AFP, without giving details.

Earlier this month, Suu Kyi was jailed for four years for incitement against the military and breaching Covid restrictions, in a ruling that was widely condemned by the international community.

Junta chief Min Aung Hlaing later commuted the term to two years and said she would serve her sentence under house arrest in the capital Naypyidaw.

Suu Kyi had faced three years in prison if found guilty on the walkie-talkie charges, which stem from the early hours of the coup when soldiers and police raided her house and allegedly found her in possession of the contraband equipment.

Suu Kyi is also charged with multiple counts of corruption — each of which is punishable by 15 years in jail — and violating the official secrets act.

Journalists have been barred from attending the special court hearings in Naypyidaw and her lawyers were recently banned from speaking to the media.