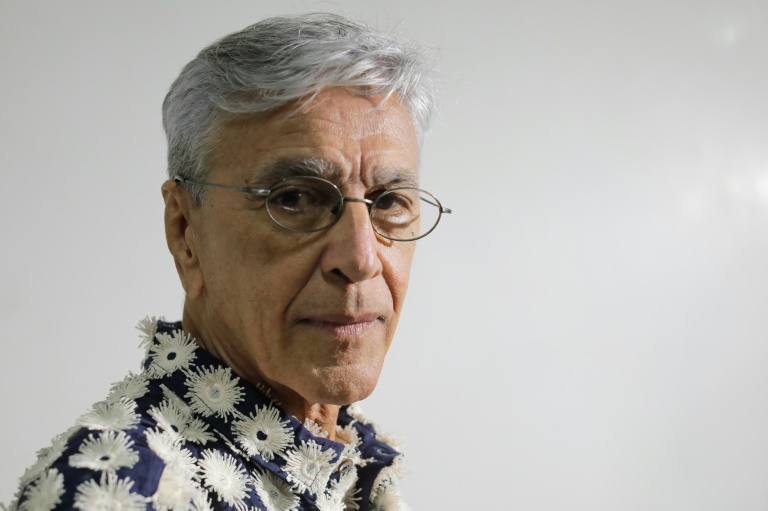 Singer-songwriter Caetano Veloso, a living legend of Brazilian music, was jailed and exiled by his country’s military dictatorship in the 1960s.

President Jair Bolsonaro’s government is doing things that are even worse, he said Wednesday as he led a protest against its environmental policies.

Veloso, 79, led a rally that drew thousands of people to the seat of power in Brasilia to condemn the far-right president’s moves to pass a series of bills activists say would accelerate the surging destruction of the Amazon rainforest, with catastrophic consequences in Brazil and beyond.

Between hand-delivering a damning letter to the leader of the Senate and headlining a star-studded concert outside Congress, the veteran musician spoke with AFP about his call for Brazilians to flood the streets.

Animated and impassioned, wearing a floral-print shirt that evoked his days founding the trailblazing “Tropicalia” movement, Veloso explained why he vehemently opposes Brazil’s direction under Bolsonaro, who is up for reelection in October.

Q: You’re a long-time critic of Bolsonaro’s environmental policies. What made you decide it was time to call a protest?

A: “Some of these bills have already passed the lower house and are heading to the Senate. We were looking for a good time to react. We managed to bring together musicians and all the movements and organizations fighting for the environment.

“It’s important for artists and other figures to make our voices heard, because people know us. And as I said in my speech at the Senate, artists inherently identify with the environmental cause. We have a spiritual responsibility to nature as creators. So it’s good when we can use our platform to amplify the issue.”

Q: Before the 2018 runoff election that brought Bolsonaro to power, you warned he would bring a wave of “terror and hate.” Would you say that has happened?

A: “What’s happening in Brazil is horrible. I lived under the military dictatorship (1964-1985), I was imprisoned, I was exiled. But today in our democracy the federal government is backing things that are even cruder. Not just praising the worst aspects of the dictatorship, like notorious torturers, as the president has done, but other things. There is a sensation of political violence in Brazilian life. And Brazilians need to react, for their mental, spiritual and physical health.

“There’s room for optimism (with the elections approaching), but there’s a lot of fear. Because this thing (the pro-Bolsonaro movement) is frightening. It’s enormously effective at using social networks and the internet. It’s an international business linked to Steve Bannon (former adviser to ex-US president Donald Trump), to Hungary (headed by fellow far-right leader Viktor Orban).

“Bolsonaro might lose, but what he represents won’t disappear so easily. I’m pragmatically optimistic, though. Optimism is possible. And necessary.”

Q: Why such a strong reaction against these bills?

A: “There’s a clear plan to scrap environmental protections in any way possible. These bills are against nature. They’re deadly, in many cases, especially for indigenous peoples.

“The mining bill (to legalize mines on indigenous reservations), for example, will victimize indigenous peoples in the most glaring way.

“It’s a kind of violence that reflects very poorly on the West, on the world economy’s growth today.

“Other things in Brazil are also being systematically destroyed, including cultural life and various other things. But on the environment, it’s an affront to us all.”