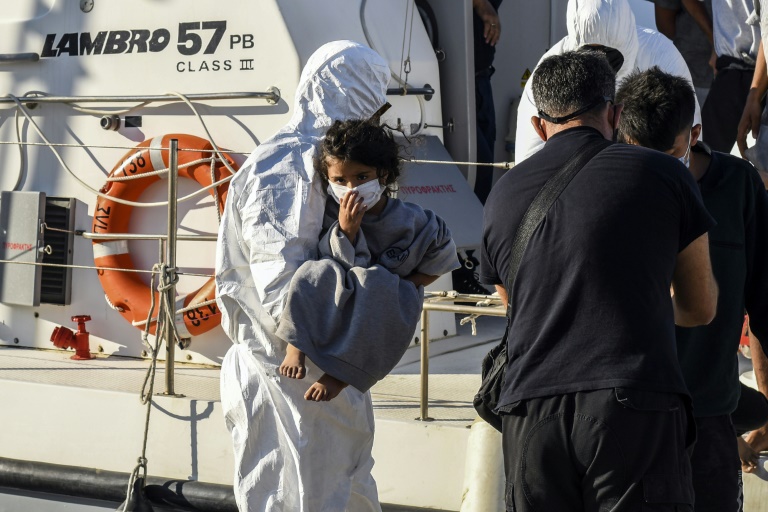 Rescue ships picked up more than 700 people trying to cross the Mediterranean in makeshift vessels this weekend, mainly off the coasts of Libya and Malta, a migrant aid group said Sunday.

The latest figures came as UN migration officials repeated their calls for a fairer mechanism to share out the responsibility of caring for them, rather than leaving it to the Mediterranean countries.

SOS Mediterranee said that its vessel, the Ocean Viking, had carried out six separate operations in international waters since Saturday.

In the last such intervention, it rescued 106 people off the Maltese coastline after being alerted by German aid group Sea-Watch, said the Marseille-based organisation.

Overnight Saturday to Sunday, the Ocean Viking joined vessels from Sea Watch and ResQship, another German group, to help 400 people in difficulty in the central Mediterranean, said the group.

They were rescued from a vessel that was taking in water, in what a spokesman for the organisation told AFP was a particularly perilous operation.

Those who were rescued were shared out between the Ocean Viking and Sea-Watch3.

Ocean Viking alone has 555 passengers on board from this weekend’s operations, including at least 28 women, two of whom are pregnant. The organisation has yet to determine at which safe port they will be able to leave them.

Libya remains one of the main departure points for tens of thousands of migrants hoping to attempt the dangerous Mediterranean crossing, despite the continuing insecurity in the country. Most of them try to reach the Italian coast, some 300 kilometres (190 miles) away.

Celine Schmitt, the spokesman for the UN refugee organisation’s French operation, said last month there was an urgent need for an automatic system to share out the new arrivals between countries, to ensure them a better reception — and not leave it to Mediterranean countries to assume sole responsibility.

“If we look at the Central Mediterranean, last year, there were fewer than 50,000 people who arrived,” she said.

“It is totally manageable for the European population”, when you consider there are 82 million people around the world who have been forced to flee their homes, said Schmitt.

“By advocating for better migration management practices, better migration governance and greater solidarity from EU member states, we can come up with a clear, safe and humane approach to this issue that begins with saving lives at sea,” he said.

The Central Mediterranean crossing, between Libya and Italy or Malta, is by far the deadliest in the world, according to figures from the International Organisation for Migration (IOM).

Of the 1,113 deaths recorded in the Mediterranean in the first half of this year, 930 of them were recorded there.

Nevertheless, according to the latest IOM figures, increasing numbers of migrants have attempted the crossing this year.