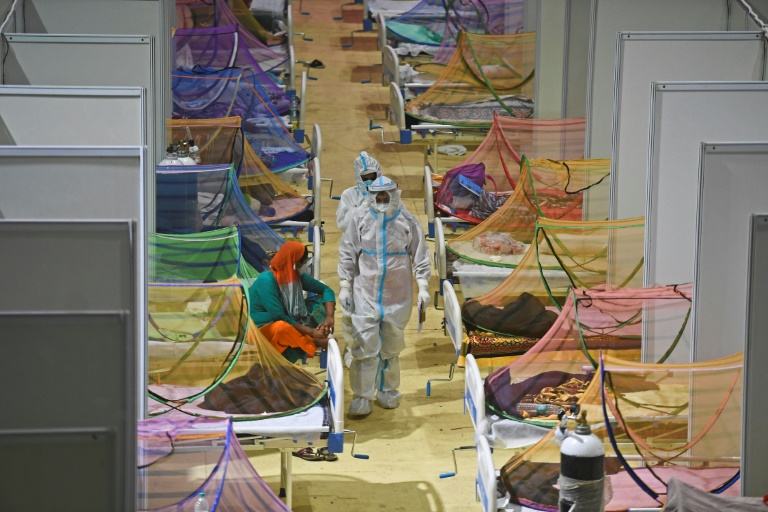 A short while ago, India’s Prime Minister Narendra Modi called on states to consider lockdowns “as the last option.” Now, everyone, from political allies to top business leaders and U.S. President Joe Biden’s chief medical adviser, Dr. Antony Fauci see lockdowns as the only way to stem the virus outbreak.

India Today is reporting that the Confederation of All India Traders (CAIT) are saying that 67 percent of people polled in a recent survey called for a nationwide lockdown because of the qorsening coronavirus crisis in the country.

Modi’s government has been criticized for its handling of this latest surge whick has pushed India’s fragile healthcare system to the brink. But Bloomberg is reporting that the question of a lockdown is complicated by the fact that last year’s unannounced lockdown created a humanitarian crisis as migrant workers fled on foot to rural areas.

Modi doesn’t want a repeat of the criticism he received over the last lockdown, and especially after his Bharatiya Janata Party failed to win an election in West Bengal when votes were counted Sunday.

“One of the problems is this false narrative that it’s either a full lockdown, which equates to economic disaster, or no lockdown, which is a public health disaster,” said Catherine Blish, an infectious disease specialist and global health expert at Stanford Medicine in California.

“What’s happening now is a health and an economic disaster. If you have huge swaths of your population getting sick, that’s not good for your population or your economy.”

On Monday, CAIT National President and Secretary General Praveen Khandelwal urged the Prime Minister to consider a nationwide lockdown, but if that was not possible, to at least impose a lockdown on states where Covid-19 cases are rising rapidly.

The Associated Press is reporting that India opened vaccinations to people ages 18-44 on Saturday, a task that is hampered by limited supplies of vaccines to begin with. And even though India is the world’;s largest producer of vaccines, less than 10 percent of its 1.4 billion people have received the first dose of vaccine and around 1.5 percent have received both required doses.