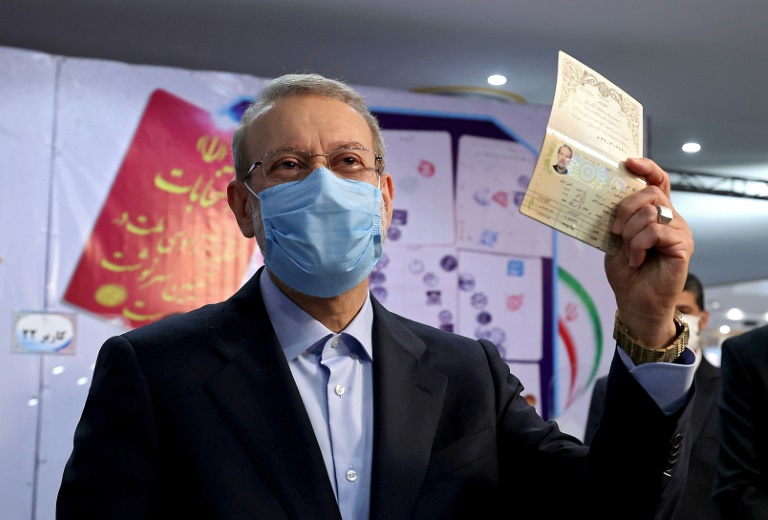 Larijani, 63, waited until the last day to register at the interior ministry after intense speculation in the media.

This is his second run for the presidency. He ran in 2005, which saw a surprise victory by the ultraconservative Mahmoud Ahmadinejad — who is now running again as well.

Larijani, seen as a prominent establishment figure, was then in charge of Iran’s nuclear negotiations with the West, a post he resigned from two years later over serious disagreements with Ahmadinejad.

He then went on to be parliament speaker from 2008 to 2020, and currently serves as an advisor to the supreme leader Ayatollah Ali Khamenei.

Larijani proved to be one of the key allies of the incumbent President Hassan Rouhani, a moderate elected on a platform of ending Iran’s international isolation by reaching the nuclear agreement in 2015.

Rouhani is constitutionally barred from running for a third consecutive term.

The nuclear deal has been on life-support since former US president Donald Trump unilaterally withdrew Washington from it and reimposed punishing sanctions on Tehran, and ongoing talks in Vienna are seeking to revive it.

The accord has been a constant target of criticism by Rouhani’s opponents, and its fate is expected to one of the major stakes in the 2021 poll.

“I hope the negotiations produce results (as) it can provide a breathing space for the country’s economy,” Larijani told reporters after registration.