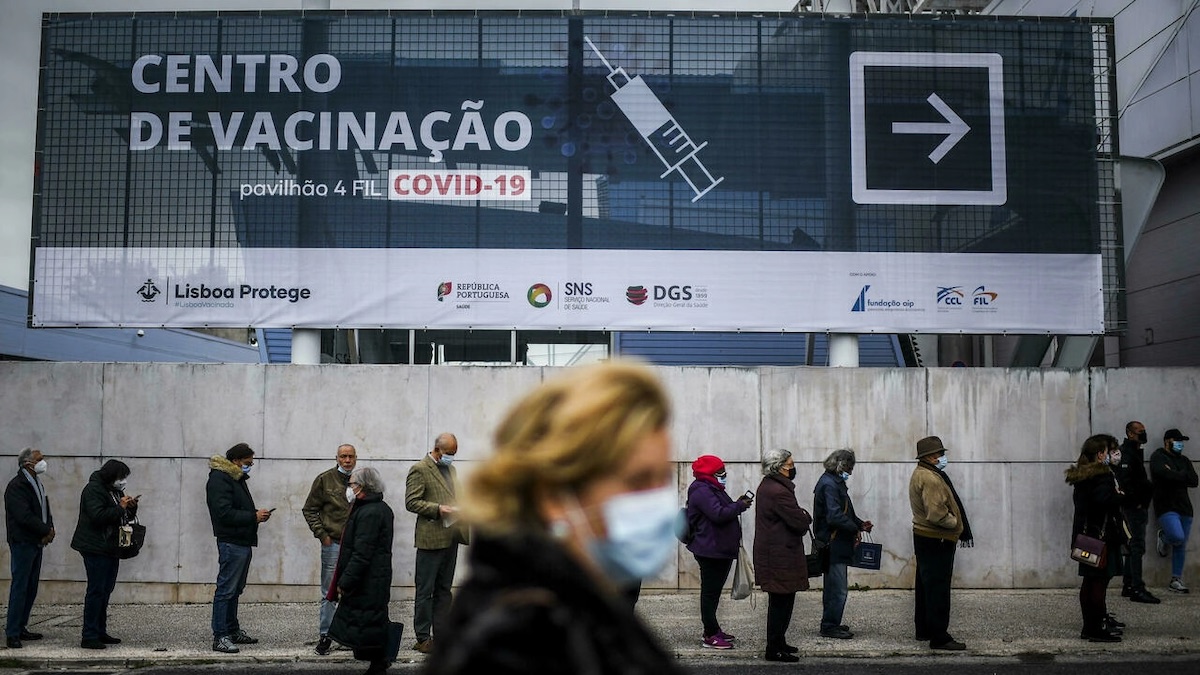 Millions of Americans are traveling before Christmas even as national Omicron Covid-19 infections surpass Delta’s peak and hospitals run out of space for patients.

United Airlines said it had called off about 120 flights over the “nationwide spike in Omicron cases,” with Delta Air Lines telling customers they had pulled 90 flights.

Alaska Airlines said they canceled 17 flights after some employees “may have been exposed to the virus,” adding more trips may be scrapped.

“I was planning to meet up with my family, but I might be positive for Covid, so that’s something that I don’t think is going to be happening,” Queens resident Maria Felix said as she awaited her result.

Government workers handed out home tests to passersby — but with only 2,000 set aside for each of the five boroughs in a city of 8.4 million, the items are set to remain scarce for some time.

“It is so sad that only 2,000 tests are available,” said Jocelyn Antigua, who wanted to check her Covid status before seeing her elderly parents.

President Joe Biden — who as a candidate blasted Donald Trump for failures on the same issue — this week promised more testing sites and to ship out half a billion home kits, beginning January.

But there are signs that Covid was not massively deterring travel.

The American Automobile Association estimated 109 million people — a 30 percent increase on 2020 — will hit the road, board airplanes or take other transport on trips 50 miles (80 kilometers) or longer between December 23 and January 2.

American Airlines said it was operating 5,000 daily flights between December 19 and January 1, representing 86 percent of its schedule compared to pre-Covid 2019.

Festivities are expected to further drive up Covid cases as the heavily mutated Omicron variant pushes the nation’s stretched hospitals — and exhausted health workers — to the brink.

Omicron now accounts for more than 90 percent of all cases in some regions.

The seven-day average of new daily cases in the US is about to pass the Delta peak seen in September, according to non-profit website Covid Act Now.

Intensive care units are running at more than 90 percent capacity in many parts of the country.

“There are more people in the hospitals this year, at this time of the year, than there were last year,” Delaware Governor John Carney said, announcing all elective surgeries will be postponed.

The Centers for Disease Control and Prevention announced new guidance to overcome a health worker shortage, allowing asymptomatic staff with Covid to return to work after seven days isolation, down from 10 days.

US health authorities are banking on vaccinations to lower the number of severe Covid cases, and inoculation numbers have been strong all week.

The Food and Drug Administration authorized a Merck-developed Covid capsule as a treatment for high-risk adults, after greenlighting Pfizer’s more effective pill a day earlier.

The two oral treatments are intended to complement vaccines and help relieve some of the burden of severe cases.

In this article:Christmas, Delta variant, Travel