The “tiny house movement” is a mixing of architectural style and social movement, aimed at living simply and leaving less impact on the environment. For those with big materialistic tendencies, and those that absolutely need the maximum of storage and closet space, tiny houses may not be appealing. But since their introduction in 1997 in a book called “The Not So Big House,” a counter-movement was born, leaning toward “small is beautiful.” Earlier pioneers include Lloyd Kahn, author of Shelter in 1973.

Basically, the tiny house is a return to the home covering less that 1,000 square feet of living space. In the U.S., because of increasing material wealth and the prestige of owning a huge home, house sizes increased from 1,780 square feet in 1978 to 2,479 square feet in 2007, despite the reduction in the size of the average family.

In 2005, after Hurricane Katrina devastated New Orleans, tiny houses got a needed boost in popularity when Marianne Cusato developed Katrina Cottages. Starting at 308 square feet of living space, they were a much-needed alternative to FEMA trailers. The Global Financial Crisis of 2007-2008 helped to make tiny houses even more popular because they were more affordable and environmentally friendly.

Micro-living can be beautiful
The tiny house movement has caught on around the world, and they are even being touted as an economical means of housing the homeless. One thing is certain, though. Tiny can be beautiful, as these homes will show you. The first house is a classy little home built by a 27-year old woman over a period of two years for $11,000. While building her home, she broke a foot, broke her back and met her future husband. 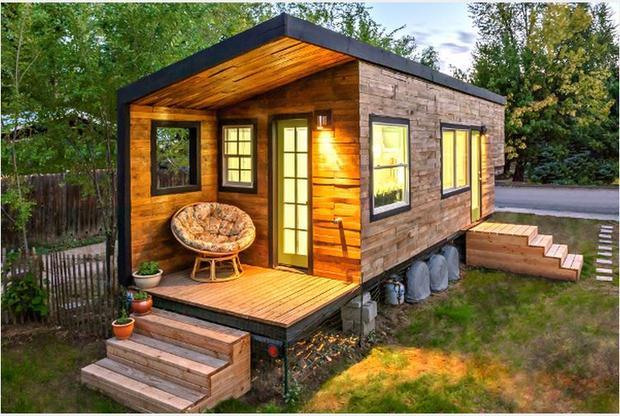 Oh, did we mention that this house is also portable?
DNews

The solar cabin in the next photograph is 14×14 feet in size. It features solar panels and an upstairs loft bedroom with a fantastic view of the hills and mountains. This tiny house cost slightly less than $2,000 to build, and it’s just the right size for a now retired couple. 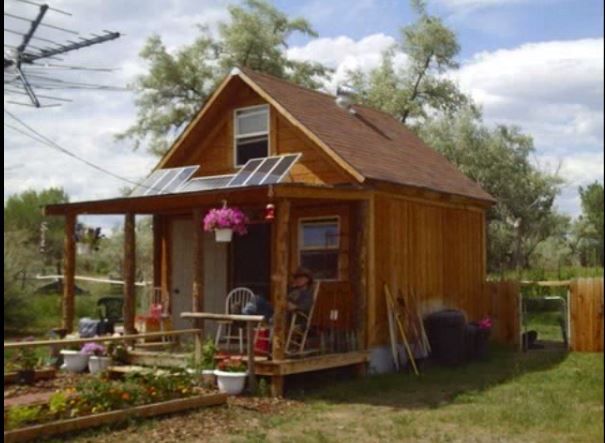 Tiny can be beautiful.
Screen grab

Let’s go to Northeast Thailand to see a most unusual dome home built on a mango plantation. Steve Areen built his abode for $9,000 using mostly natural materials. Steve was offered the building space by a friend. He didn’t have to worry about insulating because of cold temperatures. He has a pond, sleeps in a hammock and has many tropical plants. 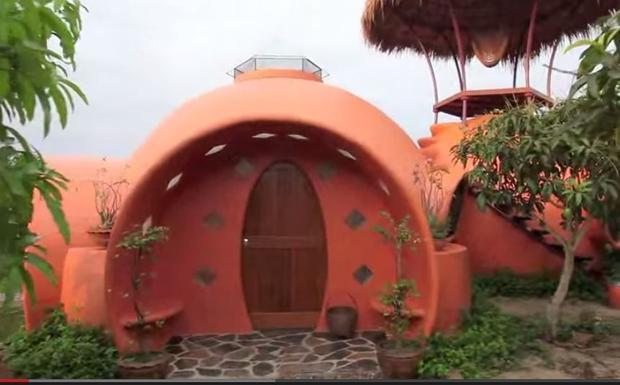 For a more conventional but cost-effective home for those not wanting to built themselves, the Nomad Micro Home is just the thing. This 100 square foot home costs $30,000, and can be shipped anywhere in the world. It only takes a few days to assemble, and features a living room, kitchen and bathroom, with a small bedroom upstairs. This tiny home also has solar panels and a rain collection system, and as the name suggests, it is portable. 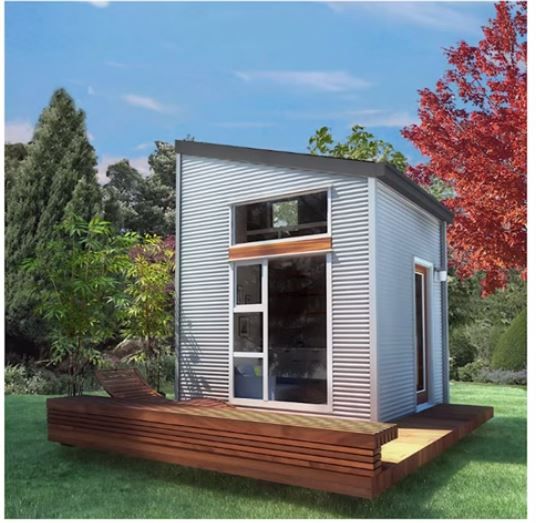 It your property has a garage, you can even make use of it as a foundation, building a tiny home right on top, as this beautiful example shows. It looks quaint and somehow old-fashioned. But you have to admit, small really is pretty. 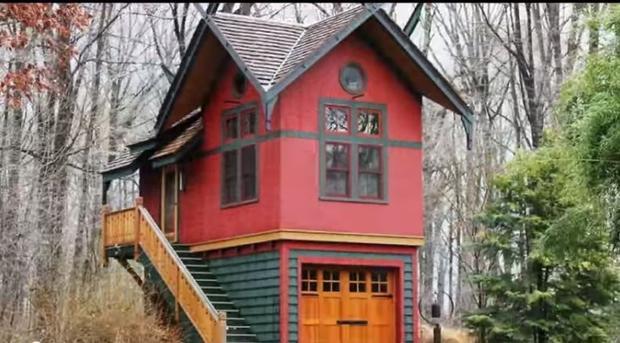 Here you have your house and garage, all in one place.
Screen grab
In this article:big is better, Environmental impact, housing for homeless, microliving, tiny house movement