In a report published on Monday, the New York Times wrote that “Jalisco’s heavily contaminated Santiago River is a powerful example of Mexico’s failure to protect its environment,”

The river flows over a giant cliff along the edge of downtown El Salto, in Jalisco State. Back in the 1970s, this spot was known as the Niagara of Mexico – a popular tourist spot with fishing and other water activities as well as beautiful scenery and lots of wildlife. That is all gone now that the El Salto and Guadalajara region has been turned into a toxic morass.

And a heavily polluted river can kill. So far, over 628 people living near the river have died. The pollution problem garnered some government attention after an eight-year-old fell into a coma and then died in 2008. Miguel Ángel López Rocha had slipped into the river while playing on its bank, and while he was immediately pulled out, 18 days later he died from what doctors said was a fatal dose of arsenic. 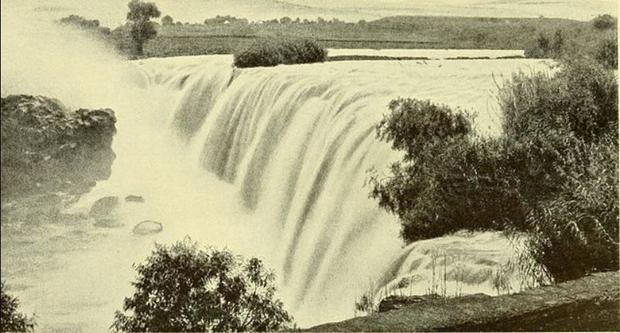 This is a beautiful image, taken in 1909 of the Santiago River bursting over a waterfall on the outskirts of Guadalajara.
Internet Archive Book Images

The outrage over the boy’s death prompted the government to build El Ahogado, the region’s biggest wastewater treatment plant that was inaugurated in 2012. However, it doesn’t treat heavy metals and many synthetic chemicals that doctors say are one of the main causes of so many of the illnesses.

The death also prompted a study in 2011 by Jalisco’s State Water Commission and the Mexican Institute of Water Technology. In the study, 1,090 different pollutants were detected in the river. They included arsenic, lead, cyanide, mercury, chromium, and hormone disruptors that can cause cancerous tumors, birth defects, and other developmental disorders, among others.

No oversight with regulations in place
The big problem is that there is scant oversight of some of the 10,000 businesses operating in the area because the National Water Commission (Conagua) has just one inspector in all of Jalisco, according to Mexico News Daily. 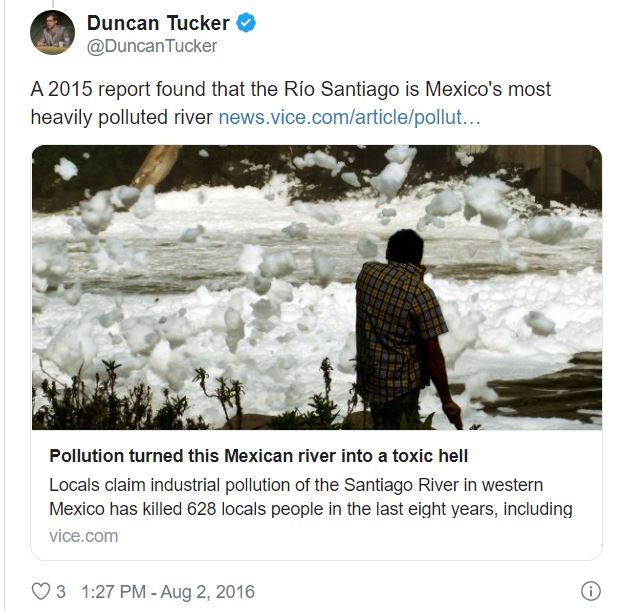 The report noted that even when Conagua does respond to cases of illegal runoff into the Santiago River, the fines it has the power to impose are too low to act as a deterrent.

“Texas-based chemicals company Celanese Corporation was fined just US $4,300 for discharging illegal quantities of waste into the river on 13 separate occasions in the summer of 2015,” according to documents obtained by the New York Times.

In 2018, Jalisco Governor Enrique Alfaro announced that his newly-elected government would invest more than 3.4 billion pesos to tackle the pollution problem. However, when he asked the federal government for the money, he was told there were no funds available – even with the federal environment secretary calling the Santiago River an “environmental hell.” 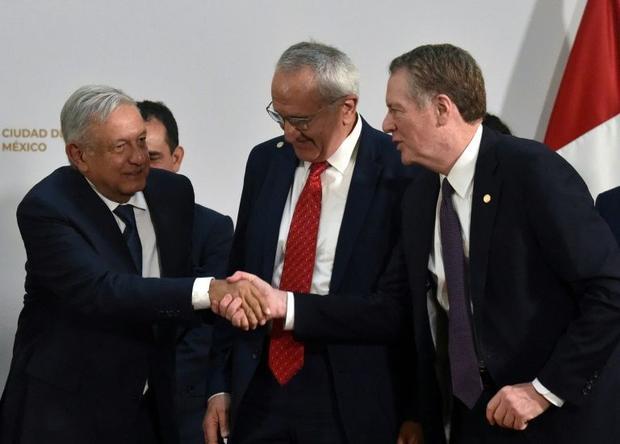 Mexico made an explicit promise to conserve its environment — a provision that was central to winning approval from Democrats in the US Congress. However, the New York Times notes that after interviewing federal, state and local authorities, as well as families living along the river, the report found that: “without an overhaul of Mexico’s flawed legal framework and a change in the political conditions that allowed the Santiago to become little more than a channel for industrial runoff, Mexico is unlikely to be able to meet the terms of the trade deal.”
It is Mexico’s farms and factories that fuel its economy, and all this is bound up in the new free trade agreement – one that does not allow for the dumping of illegal quantities of toxic waste into the region’s river. waste with little or no penalty.

The federal environmental enforcement agency can also inspect companies for illegal dumping of waste. However, it was found that only 73 out of 10,000 companies were inspected in the five years leading up to 2018. “The Santiago River is, for me, one of the most shameful, most terrible stories that Jalisco and Mexico have,” said Governor, Enrique Alfaro.