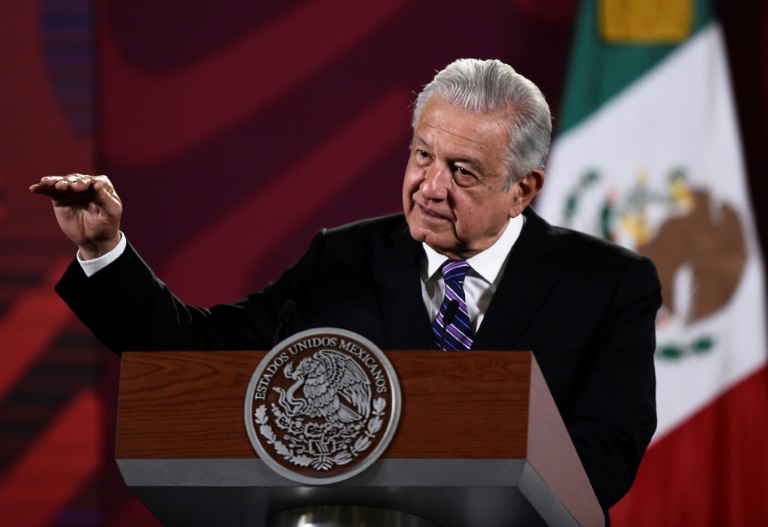 Mexican President Andres Manuel Lopez Obrador will embark Thursday on a tour of Central America and Cuba, as his country braces for increased flows of US-bound migrants from the region.

Lopez Obrador is expected to use the rare foreign trip to promote his vision of regional economic development.

The four-day tour will include stops in three of the main countries where migrant caravans originate: Guatemala, El Salvador and Honduras.

The Mexican leader has urged the United States to invest in economic development in Central America to generate jobs so people do not need to flee poverty.

US President Joe Biden “agrees that the causes must be addressed,” Lopez Obrador told reporters after they spoke by phone on Friday.

But Central America is still waiting for several billion dollars pledged by Washington, he added.

Opponents see the rule as no longer justified, but Republicans and even some in Biden’s own Democratic Party warn that lifting the measure will trigger an uncontrolled surge across the border.

Title 42 was set to expire May 23, but a court order means it remains in place for now.

US Customs and Border Protection have registered 7,800 undocumented migrants a day along the border with Mexico in recent weeks — almost five times the average in 2014-2019.

“It’s a serious mistake to think that everything is reduced to unemployment,” since migration has other causes such as criminal violence and climate change,” said Gerardo Gonzalez, a researcher at Mexico’s Colegio de la Frontera Sur.

“The flow’s unstoppable. They can deploy police and the military — migrants always find a route.”

The situation has generated friction with Texas Governor Greg Abbott, who is running for re-election in November.

With the island facing its worst economic crisis in decades, Mexico’s president has repeatedly urged the United States to end its trade embargo.