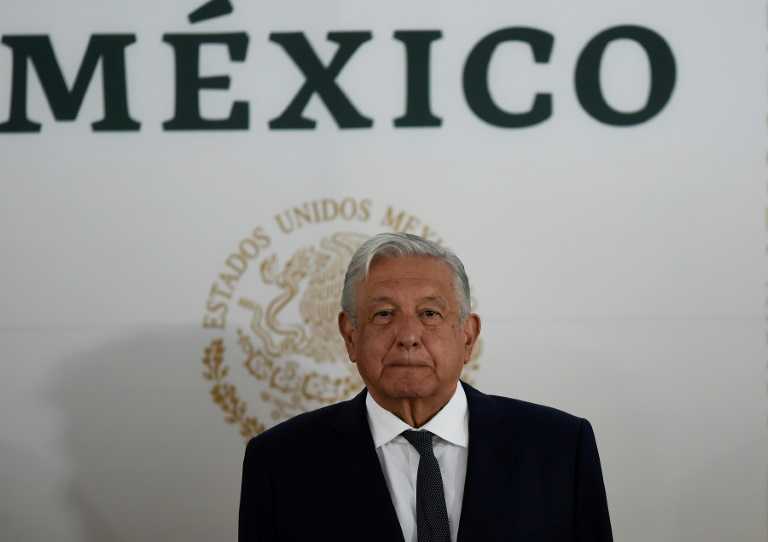 The murders of two priests this week in Mexico have put President Andres Manuel Lopez Obrador on the defensive over his government’s failure to significantly reduce violent crime.

Lopez Obrador hit back at his critics on Thursday, days after Javier Campos, 79, and Joaquin Mora, 81, were gunned down trying to protect a man seeking refuge in a church in the northern state of Chihuahua.

“We’re not going to change the strategy. Let them continue with their smear campaigns,” the leftist leader told reporters.

Lopez Obrador has championed a “hugs not bullets” strategy to tackle violent crime at its roots by fighting poverty and inequality with social programs, rather than with the army.

The murder on Monday of the two Jesuit priests as well as the man seeking sanctuary — tour guide Pedro Palma — sparked shock and dismay, including from the United Nations and Pope Francis.

There was also strong criticism from opponents of the government, including former right-wing president Felipe Calderon.

“Whoever commits a crime knows that a hug awaits him and not punishment,” Calderon tweeted.

More than 340,000 people have been killed in a spiral of violence since 2006, when Calderon deployed the army to fight drug cartels with US military support.

About 30 priests have been among the victims over the past decade, according to the Centro Catolico Multimedial, a Catholic organization.

Lopez Obrador lambasted the policies of Calderon and previous administrations that he alleged had led to more deaths and human rights violations.

He also accused them of colluding with criminal organizations and ignoring vulnerable members of society such as young people and poor families.

Mexico registered 2,833 murders in May, the highest monthly figure so far in 2022.

The government says there is a “downward trend” in homicides with a 7.8 percent decrease from a peak of 3,074 in July 2018, a few months before Lopez Obrador took office.

“It’s a process that takes time, but we’re doing well,” said the president, whose government attributes 75 percent of murders to gang violence.

There has been “improvisation” by authorities in important areas overseen by officials without specialist knowledge, he told AFP.

Campos and Mora had been working for several decades with Indigenous people of the Sierra de Chihuahua.

The 30-year-old man accused of killing the two priests is widely known in the area, where he had his own baseball team.

“The person who shot them was someone they knew, that’s why they felt comfortable talking to him,” said Father Jorge Atilano Gonzalez, a fellow Jesuit.

“But this person was under the influence of drugs, and that explains his behavior,” Atilano told AFP.

The triple murder “is a sign of Mexico’s social decomposition. We need to review and change the security policy,” he said.

Contrary to what Lopez Obrador says, the military still has a leading role in fighting drugs, he added.

Guzman was freed after more than five hours of clashes between the Sinaloa drug cartel and security forces in the city of Culiacan in response to his arrest.

Lopez Obrador has said he ordered the release to prevent a massacre of innocent citizens.

In this article:Crime, Mexico, Security