McDonald’s announced on Tuesday “it will partner with franchisees and suppliers to reduce greenhouse gas (GHG) emissions related to McDonald’s restaurants and offices by 36 percent by 2030 from a 2015 base year in a new strategy to address global climate change.”

Additionally, according to its corporate website, “McDonald’s commits to a 31 percent reduction in emissions intensity (per metric ton of food and packaging) across its supply chain by 2030 from 2015 levels. This combined target has been approved by the Science-Based Targets initiative (SBTi).

Looking at McDonald’s carbon footprint alone. this means the restaurant chain expects to prevent 150 million metric tons of GHG emissions from being released into the atmosphere by 2030. This would be the same as taking 32 million cars off the highway for an entire year. 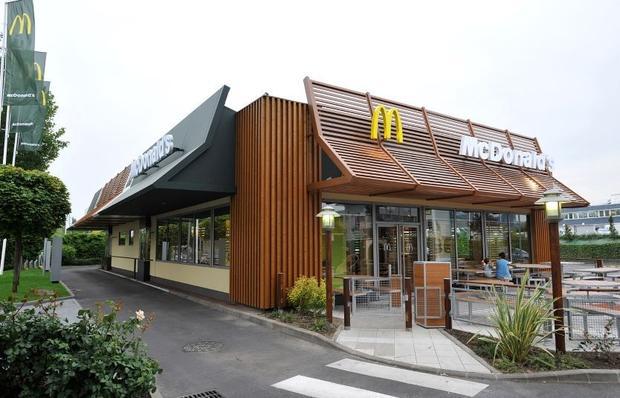 McDonalds Nanterre, France
McDonald’s
The Science-Based Targets initiative
The Science Based Targets initiative (SBTi) focuses on promoting corporate climate action and encourages companies from all sectors to demonstrate their leadership by joining the Call to Action campaign. McDonald’s is joining 93 other companies worldwide who have committed to pursuing approved “science-based targets,” and the 362 that have made a formal commitment to do so.

The targets are “science-based” if they are in line with the level of decarbonization required to keep global temperature increase below 2°C compared to pre-industrial temperatures, as described in the Assessment Report of the Intergovernmental Panel on Climate Change (IPCC).

McDonald’s joins a growing list of companies in Europe, Asia, Oceania, North America, Africa, and Latin America, covering a vast array of sectors, from banking to technology companies, and retailers to textile and consumables manufacturers, in a transition to a low-carbon economy that is accelerating globally. 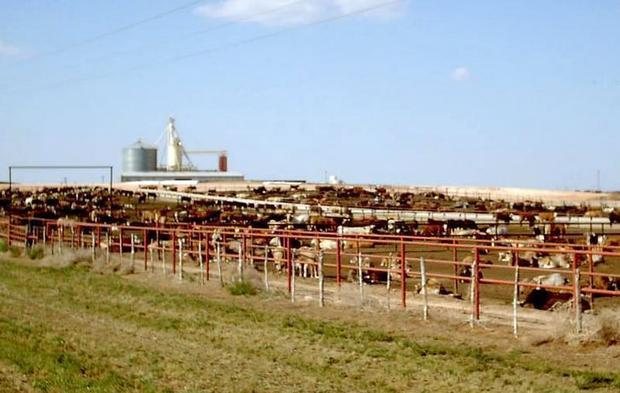 Beef cattle on a feedlot in the Texas Panhandle
H2O (CC BY-SA 3.0)
The McDonald’s targets for the SBTI
“To create a better future for our planet, we must all get involved. McDonald’s is doing its part by setting this ambitious goal to reduce greenhouse gas emissions to address the challenge of global climate change,” said Steve Easterbrook, McDonald’s President and CEO, who announced the plan in a video released by the company. “To meet this goal, we will source our food responsibly, promote renewable energy and use it efficiently, and reduce waste and increase recycling.”

To reach its target McDonald’s will work across its supply chain. This includes offices and restaurants becoming more innovative and efficient through improvements such as LED lighting, energy efficient kitchen equipment, sustainable packaging, restaurant recycling, and by elevating and supporting sustainable agriculture practices.

And a big focus will be on reducing the company’s carbon footprint – beef production, restaurant energy usage and sourcing, packaging and waste. These segments combined, account for approximately 64 percent of McDonald’s global emissions. McDonald’s is one of the world’s biggest buyers of beef. 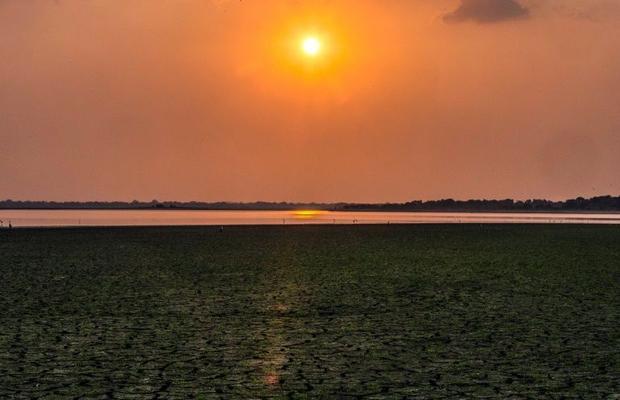 2018 is shaping up to be a crucial “political moment” when countries will feel pressure to revise and deepen voluntary pledges for slashing carbon pollution
Joaquin Sarmiento, AFP/File
So with this commitment to reducing its carbon footprint, the company will support beef production that’s environmentally sound, protects animal health and welfare, and improves farmer and community livelihoods, something it has already been doing for well over a decade.

The great thing about the Science-based Targets Initiative is its broad reach into a number of sectors. Using McDonald’s as an example, not only will the targets affect the company, but its suppliers. This means everything from paper products and energy sources to beef producers and the building industry.

In the near future, Digital Journal will take a closer look at the targets of other companies who have joined the SBTI.