The renewed show of defiance came after harsh warnings were issued from the West Wing of the White House on Monday. Attorney General jeff Sessions reiterated that the Trump steamroller would follow through on its promises to crack down on so-called “sanctuary cities,” according to WTVR.com, Richmond.

At stake is more than $4.1 billion in grants the federal government expects to dole out to state and local law enforcement agencies this year, said Sessions. But the AG dangled a carrot in front of the cities, saying that to get the money, they must prove that they’re following federal laws that require local authorities to share individuals’ immigration statuses with federal agents.

Sessions didn’t mince words, saying that cities with policies that protect immigrants in the country illegally have policies that “endanger the lives of every American” and violate federal law. He then said the Trump administration could withhold or “claw back” any funding from any city that “willfully violates” the immigration law, reports News Talk Florida. 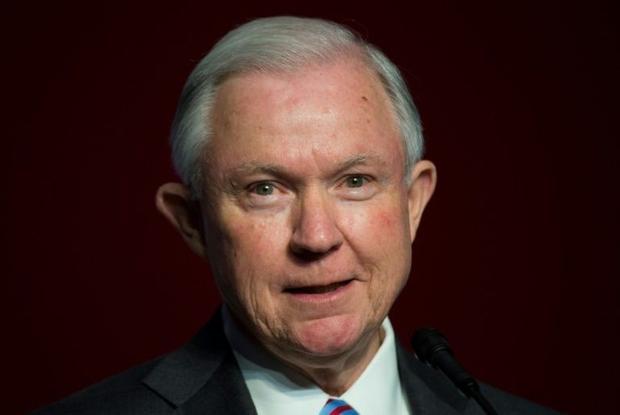 This bru-ha-ha on Sessions’ part means that to receive a piece of the pot, cities will have to prove they are in compliance with a section of the federal immigration law that allows information sharing with immigration officials.

“I strongly urge our nation’s states and cities and counties to consider carefully the harm they are doing to their citizens by refusing to enforce our immigration law and to rethink these policies,” he charged.

Immigration law passed in 1996
Sessions was referring to the Illegal Immigration Reform and Immigrant Responsibility Act, enacted by Congress in 1996, including section 8 U.S.C. 1373, which provided that “no state or local entity can in any way restrict its law-enforcement officials from communicating with federal immigration authorities regarding an individual’s citizenship or immigration status.” 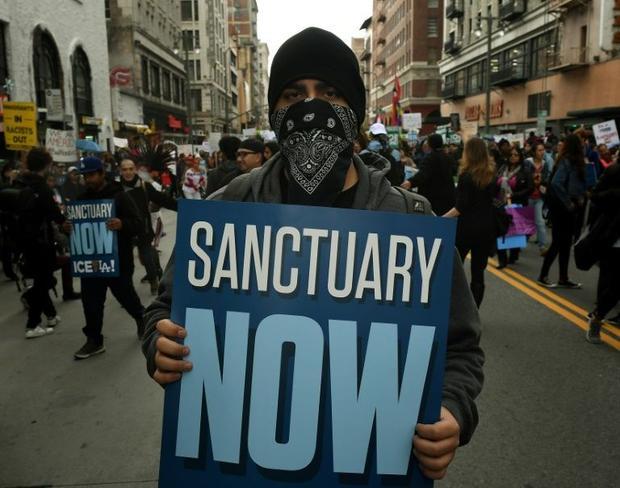 “Sanctuary” cities such as Los Angeles have come under fire from Trump's administration for vowing not to cooperate with US Federal authorities in the deportation of illegal immigrants
Mark RALSTON, AFP/File

There are now over 200 cities and/or counties across the United States that have some form of protection for undocumented immigrant families. These municipalities stand as a shield in protecting those people targeted by federal officials. So-called sanctuary cities began springing up in the 1980s, and are reminiscent of the medieval practice of seeking sanctuary in a church.

Trump rhetoric gave immigrants a bad name
Sadly, Donald Trump used illegal immigration to fire up anti-immigrant sentiments in white-America, talking constantly on the campaign trail about all the murders, rapes and other horrible crimes committed by those people in this country illegally. The only problem with Trump’s rhetoric? They were alternative facts, as the media likes to classify them, or just tell it like it is – They were outright lies.

Sessions also implied on Monday that sanctuary cities had high crime rates and a disproportional number of crimes carried out by illegal immigrants. Now, that was a real whopper of a tale. Fact Check: Even with rising immigration rates in the U.S., there has been a decline in crime rates. Immigrants are less likely to commit crimes than people born in the U.S. and are incarcerated at lower rates than their native-born counterparts, regardless of their documentation status.

So it is easy to see why the mayors of New York City, San Francisco, Seattle, Denver, Chicago, Philadelphia, and others are vowing to resist the Trump steam roller and instead fight the good fight for the people of their communities. After all, America was built by immigrants and we are all the descendants of immigrants.