Researchers from the British Antarctic Survey funded Midas Project, a collaboration of researchers from Swansea and Aberystwyth Universities in Wales, and other institutions have been monitoring a massive crack in one of Antarctica’s largest ice shelves, the Larsen C, the fourth largest ice shelf on the continent, according to The Star. 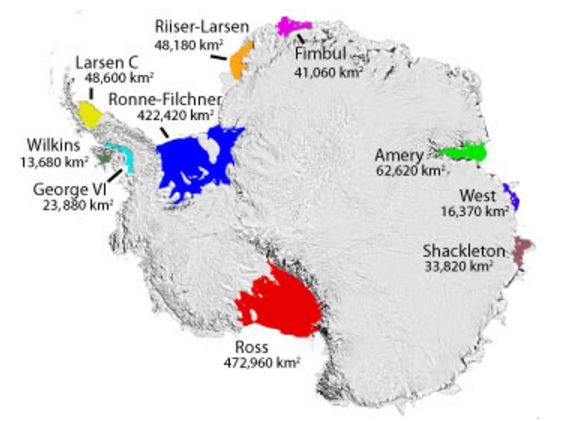 The Midas team found that not only is the massive crack in the ice shelf widening, but it is spreading across the ice shelf at an increasing rate, threatening to carve out an iceberg the size of Delaware and in turn create further instability in a large section of the ice, about the size of Scotland.

The crack in Larsen C grew about 30 kilometers (18.6 miles) between 2011 and 2015. And while the crack grew in length, it also became wider, and by 2015, the crack was an astonishing 200 meters (656 feet) wide. The last time researchers were able to clearly observe the crack in the ice was in March 2016, and then came the Antarctic winter.

Now, the research team has discovered that since March of this year, the rift had grown another 22 kilometers (13.7 miles) and has widened to about 350 meters (1.148 feet). The massive crack now extends a total of 130 kilometers (80 miles). This hastening of the rift in the ice shelf means that it is only a matter of time before we will witness the loss of an enormous chunk of Larsen C.

Antarctica iceberg calving events
When the large chunk of ice breaks off, it will be an historic event, much like the loss of the Larsen A ice shelf in 1995 and the sudden breakup of Larsen B in 2002. After the 2002 event, the National Snow and Ice Data Center remarked the world had lost something that had “likely existed since the end of the last major glaciation 12,000 years ago.” 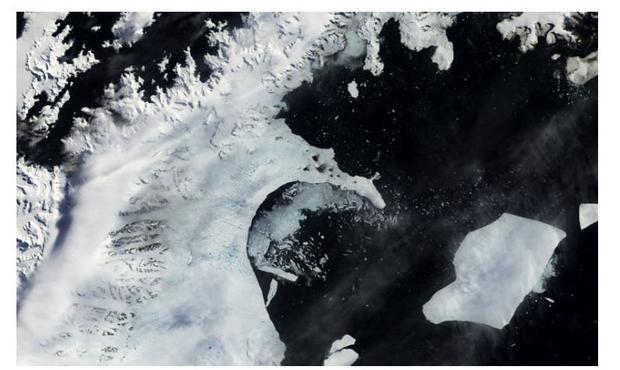 The Project Midas team estimates that 10 to 12 percent of the ice shelf will be lost when the breakup occurs. That would be an iceberg of around 6,000 square kilometers (2,317 square miles) in size. It should be noted that this event would not cause an increase in sea levels because the ice is already resting on the ocean, sort of like an ice cube in a glass of water.

There are, however, other concerns that we need to be aware of, and that is the rising temperatures and changes to land and sea ice being observed all across the Antarctic Peninsula. These changes will affect native wildlife and regional ocean circulation. Some researchers even suggest it could even have a global effect on ocean circulation.

Larsen C is the most northerly of the remaining ice shelves in the Antarctic Peninsula. This region has been warming rapidly due to a combination of rising air and sea temperatures. Martin O’Leary, who is a scientist at Swansea University, told Mashable in an email that the big worry is how a calving event of enormous size would destabilize the broader ice shelf. 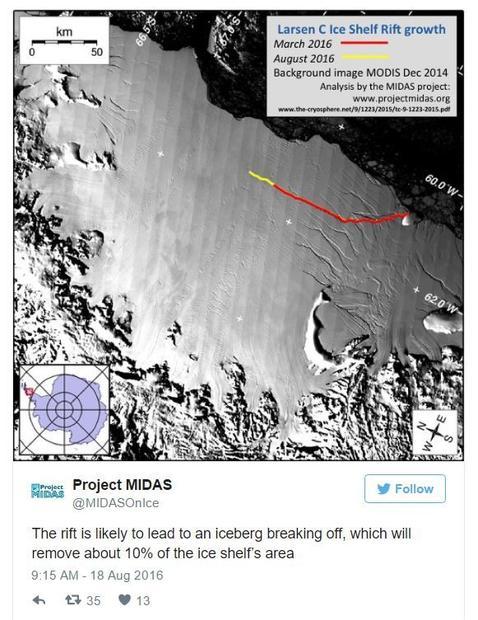 “The ice shelf loses icebergs like this naturally every few decades, but we’re concerned that this one might extend far enough back that it breaks the “compressive arch” which is holding the ice shelf in place,” he said, adding, “There was a similar event just before the collapse of Larsen B in 2002.”

No one can predict exactly when the breakup of Larsen C will occur. But in a separate study published in Nature Communications in June this year, researchers found that melt ponds had been forming on the surface of Larsen C, and this will only accelerate the disintegration process.