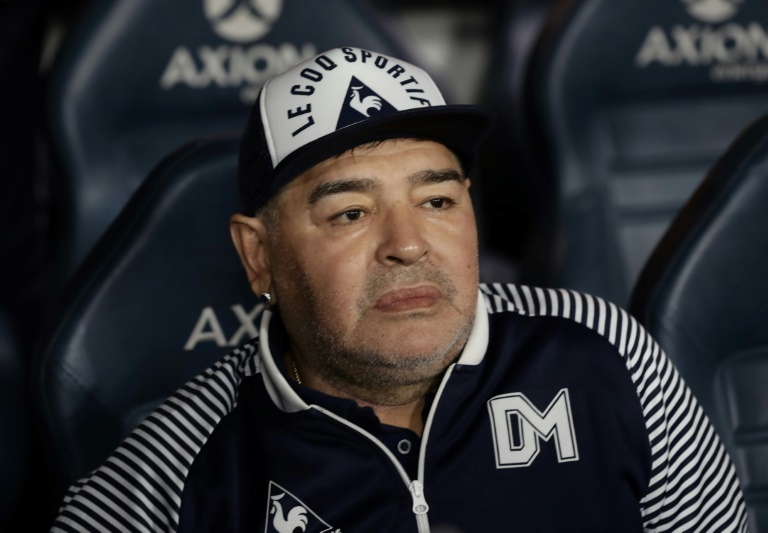 A nurse accused of neglect in Diego Maradona’s death told Argentine prosecutors on Monday that he was following orders “not to disturb” the football icon while he slept.

Ricardo Almiron, 37, was Maradona’s nighttime carer and was one of the last people to see the World Cup winning captain alive.

He is suspected of lying when he claimed Maradona was sleeping and breathing normally hours before he died. An autopsy revealed he was dying at that time.

Almiron is one of seven people under investigation for manslaughter after a board of experts looking into Maradona’s death found he had received inadequate care and was abandoned to his fate for a “prolonged, agonizing period”.

The football legend died of a heart attack last November at the age of 60, just weeks after undergoing brain surgery for a blood clot.

Almiron arrived just after midday (1500 GMT) with his lawyer Franco Chiarelli at the San Isidro public prosecutor’s office on the outskirts of the capital Buenos Aires.

Speaking to journalists after the interview, Chiarelli said Almiron “always treated Maradona as a patient with a complex psychiatric” condition but was never told about “an issue related to heart disease.”

“He was told by his superiors not to disturb the patient. My client had the wisdom to carry out his tasks without the patient feeling encroached upon, which was something he had to deal with the entire time he was there,” Chiarelli added.

An investigation was opened following a complaint filed by two of Maradona’s five children against neurosurgeon Leopoldo Luque, whom they blame for their father’s deteriorating condition after the operation.

A panel of 20 medical experts convened by Argentina’s public prosecutor said last month that Maradona’s treatment was rife with “deficiencies and irregularities” and the medical team had left his survival “to fate”.

The panel concluded he “would have had a better chance of survival” with adequate treatment in an appropriate medical facility.

Instead, he died in his bed in a rented house in an exclusive Buenos Aires neighborhood, where he was receiving home care.

Over the next two weeks, they will appear one by one before prosecutors, accompanied by defense lawyers, to reply to the allegations against them.

The hearings, postponed from last month due to a spike in coronavirus cases in Argentina, will end with Luque, 39, on June 28.

A judge will then decide whether the matter should go to trial in a process expected to last months, even years.

All seven accused are prohibited from leaving the country, and risk between eight and 25 years in prison if convicted.

Luque has repeatedly defended his actions, saying “I did my best. I offered Diego everything I could: some things he accepted, others not.”

The doctor is seeking a dismissal of the case, and says Maradona had been depressed in his final days.

“I know that the (coronavirus) quarantine hit him very hard,” Luque has said.

Maradona had battled cocaine and alcohol addictions during his life.

The former Boca Juniors, Barcelona and Napoli star was suffering from liver, kidney and cardiovascular disorders when he died.

Maradona is an idol to millions of Argentines after he inspired the South American country to only their second World Cup triumph in 1986.

His death shocked fans around the world, and tens of thousands queued to file past his coffin, draped in the Argentine flag, at the presidential palace in Buenos Aires amid three days of national mourning.