Terry Curry, the Marion County Prosecutor, said Charles pleaded guilty to burglary and received a four-year jail sentence on Wednesday. Three years of his sentence were suspended. Charles will serve a year on home detention, two years on probation and he will need to earn a GED certificate or a high school diploma.

Curry said Charles admitted to breaking into the Indiana Medical History Museum multiple times in 2013. He was arrested in December 2013 after a man from San Diego purchased six jars of brain tissue on eBay for $600 and alerted authorities.

Charles was identified by authorities because he left a piece of paper in the museum, and the paper had his bloody fingerprint on it. Authorities recovered 80 jars of human tissue.

An EKG machine, about 10 scopes and a baby scale was also stolen by Charles. He has been ordered to stay away from the museum too.

The tissue was from patients who once resided at the Central State Hospital, which was eventually converted to a medical museum. 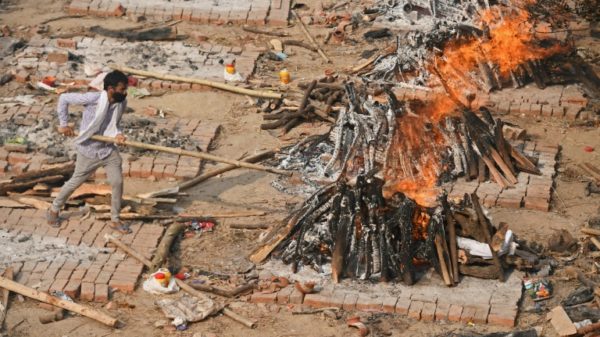 India's cremation grounds have been overwhelmed by the coronavirus crisis - Copyright AFP TAUSEEF MUSTAFAAtish Patel and Glenda Kwek, with AFP BureausInternational aid to...