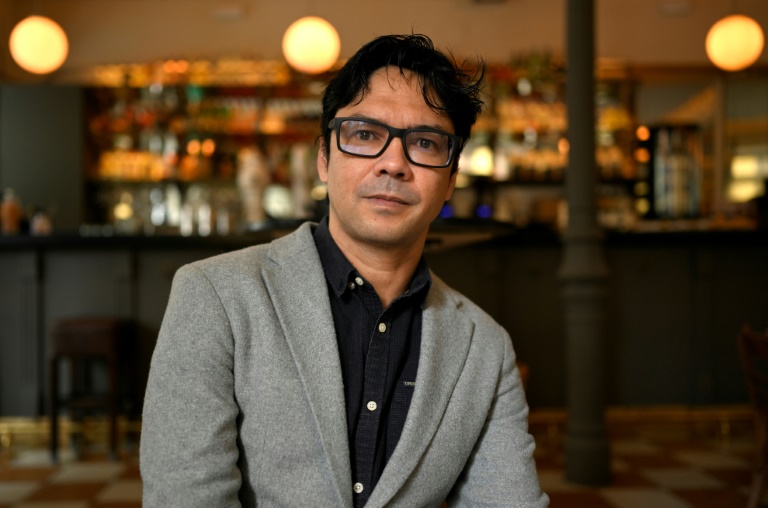 Well-known faces of Cuba’s protest have in recent years gone into exile in Madrid, which is rivalling Miami as a haven for Latin American political opponents.

“Miami has always been the destination of those who suffered from Latin American dictatorships,” Cuban dissident and playwright Yunior Garcia, who went into self-imposed exile in Madrid in November, told AFP.

But now “many Latin Americans are choosing to come to Spain,” added Garcia, one of the organisers of a failed mass protest last year in the Communist-ruled island.

The Spanish capital is especially attractive for an artist and dissident fleeing a dictatorship because of its “bohemian” atmosphere, Garcia said.

Spain has long drawn migrants from its former colonies in Latin America who have often sought work in low-wage jobs as cleaners or waiters — but in recent years prominent exiles have joined the influx.

Award-winning Nicaraguan writer and former vice president Sergio Ramirez and Venezuelan opposition politician Leopoldo Lopez, a former mayor of Chacao, an upmarket district of Caracas, are among those who have moved to Madrid.

“Madrid is the new Miami, the new place where so many hispanics come fleeing dictatorship,” said Toni Canto, the head of a Madrid regional government body charged with promoting the region as the “European capital of Spanish”.

Many Latin Americans are able to establish themselves easily in Spain because they have double citizenship, in many cases because their ancestors came from the country.

Others like Garcia arrive on a tourist visa and then request asylum.

Sometimes, especially in the case of prominent Venezuelan opposition leaders, the government has rolled out the welcome mat and granted them Spanish citizenship.

For Cubans, getting a visa to enter the United States has been even more complicated in recent years since Washington closed its consulate in Havana in 2017. It only partially reopened in May.

“Spain is a very good option,” said Cuban journalist Abraham Jimenez, who fled to Spain in January when he finally was able to obtain a passport after years of being denied one.

Spain has received previous waves of Cuban dissidents in the past.

Under an agreement between Cuba, Spain and the Catholic Church, in 2010 and 2011, more than 110 Cuban political prisoners arrived in Madrid, accompanied by dozens of relatives.

There are now about 62,000 Cubans officially registered in Spain, with Madrid home to the largest community.

Cuba is “a pressure cooker, and ever time pressure builds” Havana eases it by forcing dissidents into exile, said Alejandro Gonzalez Raga, the head of the Madrid-based Cuban Observatory for Human Rights who fled to Spain in 2008.

Cuban independent journalist Monica Baro said she left Cuba for Madrid in 2021 because she said she could no longer bear the “harassment” of Cuban state security forces.

Madrid shares the same language and has a “shared culture”, as well as a well-established network of Cubans, that has helped her overcome the “traumas” she brought with her, Baro added.

But not knowing if she will ever see her parents, who remained in Cuba, again saddens her.

“When you leave like I did, you have the feeling that you buried your parents,” said Baro, who faces arrest if she returns to Cuba.

Garcia said he welcomed the absence in Madrid of the deep “resentment” and “rage” towards the Cuban regime found in Miami among its much larger community of Cuban exiles, which he said was “natural”.

These are people “who had to leave on a raft, who lost everything they had in Cuba, whose family suffered jail time and sometimes death,” he said.

Madrid on the other hand, provides “tranquility to think things through,” he added.

“I don’t want anger, resentment, to win me over,” Garcia said.