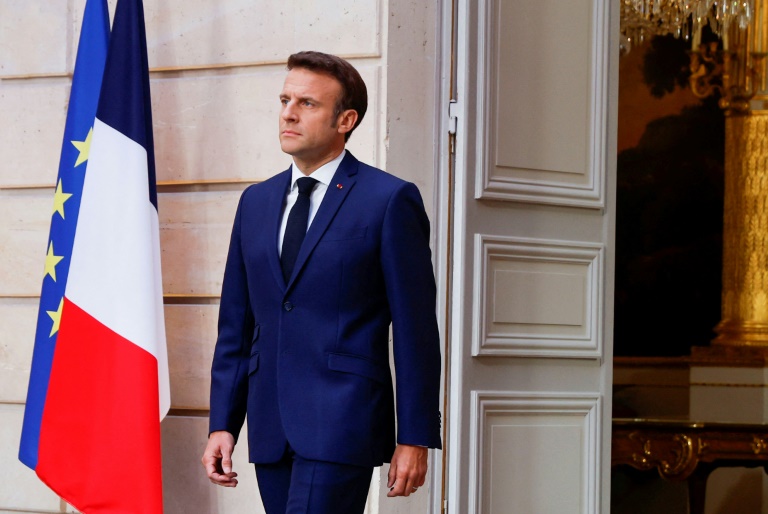 French President Emmanuel Macron formally begins his second term in office on Saturday, maintaining suspense about his new government ahead of parliamentary elections next month that will shape his next five years in power.

The 44-year-old scored a solid victory in April 24 presidential polls against far-right leader Marine Le Pen, but still needs a majority in parliament to be able to push through his domestic reform agenda.

The identity of Macron’s new government is expected to set the tone for campaigning, with the president suggesting he intends to name only the second woman prime minister in modern French history.

Speculation has been rife in the French media, with UNESCO Director-General Audrey Azoulay and current Labour Minister Elisabeth Borne seen as possible candidates, but Macron has taken his time to name a replacement for outgoing Premier Jean Castex.

“It’s been decided, but no one knows who it is,” a presidential advisor told AFP on condition of anonymity.

An announcement is expected early next week.

Macron’s Republic on the Move party has been renamed Renaissance ahead of the parliamentary polls on June 12 and 19, with several centrist and centre-right parties set to compete under the collective pro-Macron banner of “Together”.

France’s splintered left-wing parties have also agreed a tie-up under the leadership of former Trotskyist Jean-Luc Melenchon who has set his sights on a parliamentary majority to thwart Macron’s plans.

“To go from around 60 MPs (in the current parliament) to a majority is highly improbable, but the dynamic created by the new union could mean they make major progress,” Frederic Dabi, head of the Ifop polling group, told AFP this week.

Le Pen’s National Rally and France’s ailing mainstream right-wing party, the Republicans, are also hoping to bounce back from their disappointment in the presidential election by securing significant representation in the 577-seat parliament.

Macron won re-election with promises to continue his broadly pro-business and pro-EU policies of his first term, with more tax cuts, welfare reform and pledged a new emphasis on environmental protection for the next five years.

The biggest change is expected to be in his style of governing.

The former investment banker repeatedly promised “a new method” that will be less top-down — a move designed to tackle his reputation for elitism and high-handedness.

“For it to work, there needs to be results that are concrete and visible to people,” Bernard Sananes, the head of polling group Elabe, told AFP. “If it’s just about showing you’re listening to people, that’s great but it won’t be enough.”

Others wonder whether the more consultative style is in keeping with the temperament of a president who is known to centralise decision-making and once theorised that French people wanted a king-like figure at the centre of national life.

His short-term domestic priority is expected to be tackling a cost-of-living crisis that dominated the presidential campaign due to sharp rises in energy prices and other goods linked to product shortages and the war in Ukraine.

In foreign policy, where Macron will have a free hand as president irrespective of the parliamentary result, he has promised to work to deepen the 27-member European Union while managing the fallout from the Ukraine conflict.

Macron has positioned himself as a key link to the Kremlin through his regular talks with Russian President Vladimir Putin, while also authorising weapons deliveries to Ukraine and offering the partly occupied country his full support.

“Rarely has our world and our country been confronted with such a combination of challenges,” Macron said as he was inaugurated for his second term on May 7.