In what is sure to be a giant, glittering spectacle of pandemic catharsis, thousands of dancers and drummers will descend on the iconic beach city’s “Sambadrome,” reclaiming the carnival parade venue that was turned into a drive-through vaccination center at the height of the health crisis.

The all-night parades by the city’s top samba schools Friday and Saturday nights will be the first since February 2020, marking a turning point for hard-hit Brazil, where Covid-19 has claimed more than 660,000 lives, second only to the United States.

Rio Mayor Eduardo Paes officially declared the party open Wednesday, handing the key to the city to “King Momo,” the symbolic ruler of the festivities.

“I proudly announce the greatest show on Earth is back,” the mayor told a cheering crowd at city hall as confetti rained down.

It was a welcome change from last year, when Paes symbolically handed the key to a pair of health workers in white lab coats and surgical masks after announcing carnival had to be canceled because of the pandemic.

The party again looked uncertain this year when fears of the omicron variant led city authorities to postpone carnival by two months from the usual dates, just before the Catholic season of Lent. 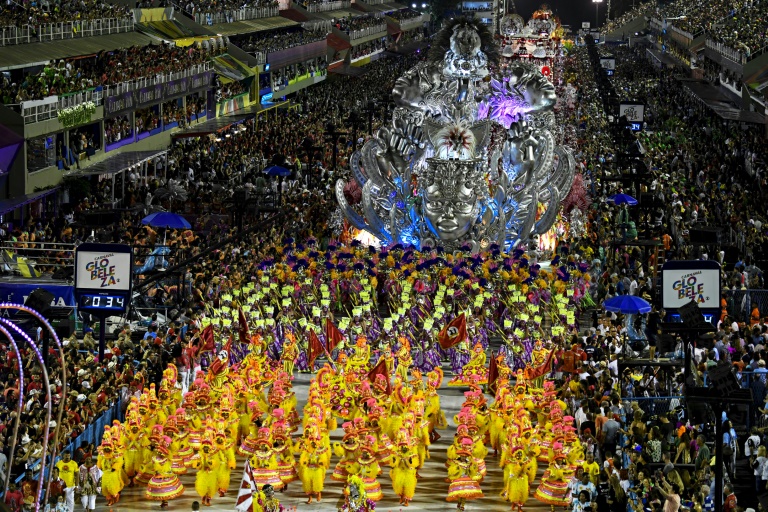 Two years after the coronavirus pandemic put Brazil’s huge carnival celebrations on ice, the city of Rio is set to host the frenetic festival once again, with its famous samba parades set for April 22 and 23, 2022 – Copyright Mariupol City Council/AFP Handout

But with more than 75 percent of the South American country’s 213 million people now fully vaccinated, the average weekly death toll has plunged from more than 3,000 a year ago to around 100 now — allowing the show to go on.

Everyone participating in and attending the weekend’s parades will be required to present proof of vaccination.

The pandemic has left Brazilians full of “saudades” — Portuguese for “longing” — for their beloved carnival, a free-for-all of dancing, singing and partying at close quarters that is essentially the opposite of social distancing.

And anticipation for the blowout has been building.

“I can’t even describe what I’m feeling. There’s just so much pent-up emotion from these two long years at home waiting for this moment to arrive,” dancer Talita Batista of legendary samba school Portela told AFP at a recent rehearsal.

Each samba school will have 60 to 70 minutes to tell a story in music and dance, to be evaluated on nine criteria by a team of judges.

The reigning champions, Viradouro, chose as their theme Rio’s epic 1919 carnival — the first celebrated after the devastation of another pandemic, the Spanish flu. 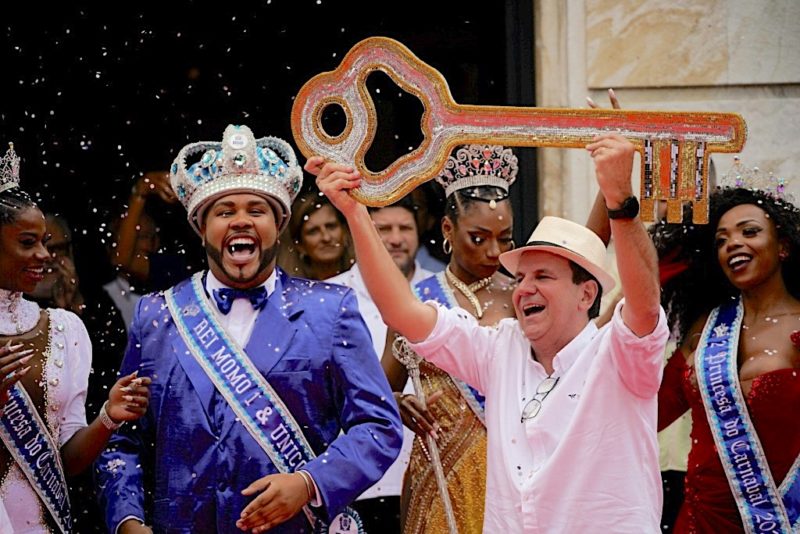 Of the 12 schools, eight chose themes dealing with racism or Afro-Brazilian history, loaded issues in a country where the current president has faced frequent accusations of racism.

Their samba songs include treatments of the protests that erupted in the United States after the police killing of George Floyd in 2020; tributes to two “orixas,” or deities, of Afro-Brazilian religion; and celebrations of the black samba singers Cartola and Martinho da Vila.

Carnival should also provide some needed relief for an economy battered by the pandemic.

Beyond the swirl of floats, feathers and barely covered flesh, carnival is big business, moving some four billion reais ($800 million) for Rio’s economy and creating at least 45,000 jobs, according to official figures.

Rio hotels are expecting an occupancy rate of 85 percent.

City officials have not authorized the massive carnival street parties known as “blocos,” but several smaller ones are still expected to be held.

In this article:Brazil, carnival, Lifestyle