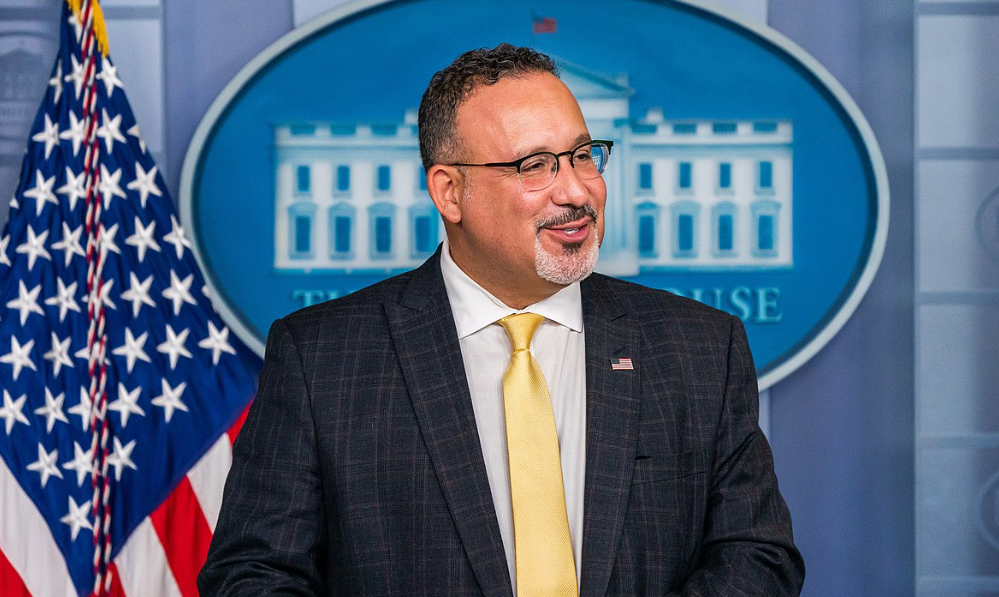 The rights of LGBTQ students would become enshrined in federal law and victims of campus sexual assault would gain new protections under new rules proposed by the Biden administration on Thursday.

The proposal, announced on the 50th anniversary of the Title IX women’s rights law, is intended to replace a set of controversial rules issued during the Trump administration by Education Secretary Betsy DeVos, according to the Associated Press.

President Joe Biden’s education secretary, Miguel Cardona, said that even though there have been significant strides toward gender equality, discrimination and sexual violence persist.

“As we celebrate the 50th anniversary of this landmark law, our proposed changes will allow us to continue that progress and ensure all our nation’s students — no matter where they live, who they are, or whom they love — can learn, grow, and thrive in school,” he said, per AOL.com.

It is expected that the Biden administration’s proposals will be challenged by conservatives, and it is expected to lead to new legal battles over the rights of transgender students in schools, particularly in sports.

The proposed rules meet the demands of victim’s rights advocates who wanted Biden to release new rules no later than the anniversary of Title IX, which outlaws discrimination based on sex in schools and colleges.

As a presidential candidate, Biden had promised a quick end to DeVos’ rules, saying they would “shame and silence survivors.” In announcing its proposal, Biden’s Education Department said DeVos’ rules “weakened protections for survivors of sexual assault and diminished the promise of an education free from discrimination.”

Changes in the proposed amendments

For the first time, the Proposed Regulations would formally protect LGBTQ students under Title IX. Nothing in the 1972 law explicitly addresses the topic, but the new proposal would clarify that the law applies to discrimination based on sexual orientation and gender identity.

The proposed regulations would strengthen clear protection for parents, guardians, and other authorized legal representatives of students to act on behalf of a student, including by seeking assistance under Title IX and participating in any grievance procedures

The proposed regulations would also require that schools train employees to notify the Title IX coordinator and respond to allegations of sex-based harassment in their education programs or activities.

The proposed regulations would establish clear requirements for schools to conduct a reliable and impartial investigation of all sex discrimination complaints, as Title IX requires. The current regulations’ requirements cover only formal complaints of sexual harassment.

If the proposal is finalized, it would mark the second rewrite of federal Title IX rules in two years. DeVos’ rules were themselves intended to reverse Obama-era guidance. The Obama policy was embraced by victims’ advocates but led to hundreds of lawsuits from accused students who said their colleges failed to give them a fair process to defend themselves.