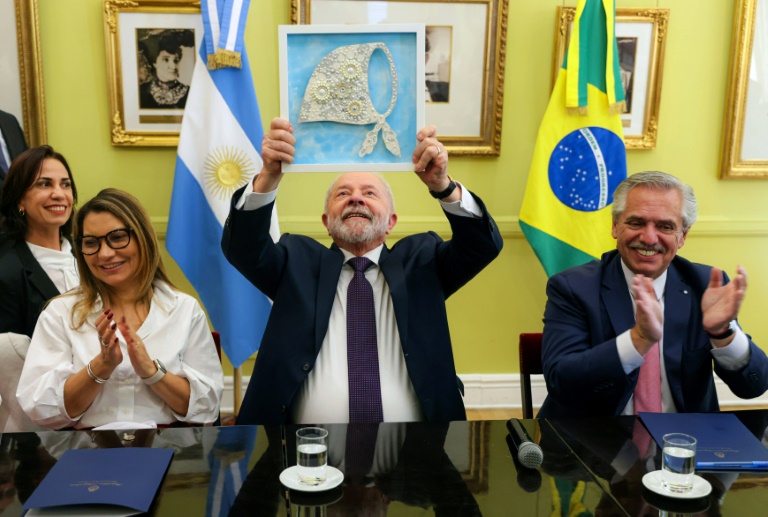 Fifteen Latin American heads of state and government meet Tuesday in Buenos Aires for a regional summit welcoming back Brazil as President Luiz Inacio Lula da Silva looks to rebuild bridges after his far-right predecessor Jair Bolsonaro pulled out of the grouping.

The 77-year-old Lula, in Argentina for the first international trip of his third term, will participate in the seventh Community of Latin American and Caribbean States (CELAC) summit, bringing together 33 states from the region.

Lula was one of the founders of CELAC, during the first “pink wave” on the continent in the first decade of the century.

And now he brings Brazil back into the fold after Bolsonaro had suspended the country’s participation in the grouping.

Host Argentina this week hailed a “new climate in Latin America”, with the region ushering in a new wave of left or center-left governments since 2018, including Mexico, Argentina, Honduras, Chile, Colombia and Brazil.

A forum for consultation and cooperation, CELAC is not a regional integration mechanism with binding opinions.

And for all the importance underlined on Monday by Argentine President Alberto Fernandez and Lula of “the need to integrate Latin America,” CELAC is struggling to unite members over successive regional crises, like Peru.

“Latin America is bankrupt from the institutional point of view (…) it has not succeeded in integrating collectively into the world,” Ignacio Bartesaghi, an expert in international relations at the Catholic University of Uruguay, told AFP.

At the very least, CELAC “remains a vast and diverse space of Latin American countries from which minimal agendas or common interests for the region can be established”, agreed Bernabe Malacalza, researcher in international relations at the Argentine national research center CONICET.

“There is not even certain basic consensus in Latin America, as on the difference between a democracy and a dictatorship,” Bartesaghi stressed.

“There are (at CELAC) presidents who do not even recognize each other,” he noted.

Lula meanwhile has pledged to reopen the embassies.

Maduro at last minute called off his trip, citing “a risk of aggression” from “the neo-fascist right,” a possible reference to some Argentine opposition politicians calling for him to be arrested on arrival.

Other significant absentees in Buenos Aires include Mexico’s leftwing President Andres Manuel Lopez Obrador, leader of the second largest economy in Latin America and host in 2021 of the last CELAC summit.

CELAC however remains the interlocutor of choice for China, or the EU to negotiate cooperation agendas with the region.

But even here, “The impossibility of holding an EU-CELAC summit since the last one in 2015 (in Brussels) illustrates (…), the absence of a solid biregional political dialogue,” Malacalza said.

In this sense, the return of Lula could give a boost to certain sub-regional issues, such as the free-trade agreement between the EU and the Mercosur group which comprises Brazil, Argentina, Uruguay and Paraguay.

The deal was finalized in 2019 but never ratified, due in particular to concerns about Bolsonaro’s environmental policy.

Lula has indicated a willingness to resume contacts.

“We are going to rebuild Mercosur!” Lula said Monday evening, referring to the customs union which has been torn in recent months over a free trade treaty with China.

“We will recreate Unasur!” he continued, referring to the moribund Union of South American Nations created in 2008 on the initiative of himself and Venezuela’s Hugo Chavez.

Latin America is only the initial phase of the Brazilian president’s international push, with Lula heading to Washington in February and to China “after March.”

In this article:Brazil, Business, Politics