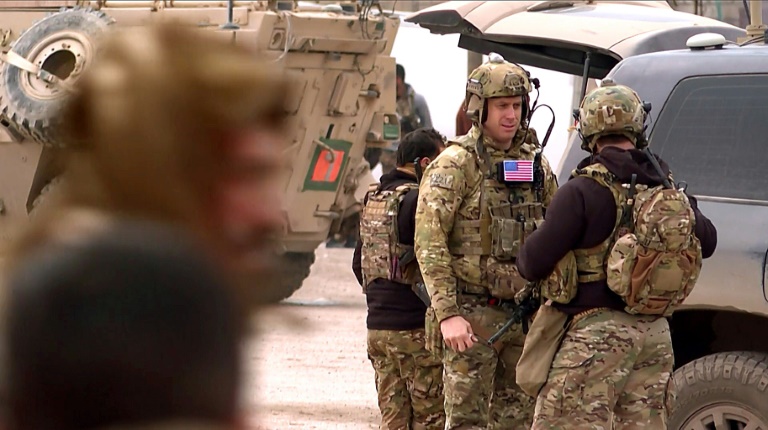 US-backed Kurdish forces tightened the noose around armed jihadists hunkering down inside a Syrian prison Tuesday, with both sides facing a bloodbath or talks to end the five-day-old standoff.

Around 100 Islamic State group fighters attacked Ghwayran prison in the northeastern city of Hasakeh on January 20, in their biggest military operation since their “caliphate” was defeated in 2019.

The ensuing clashes with the Kurdish forces running northeastern Syria have left more than 160 people dead, including 45 in Kurdish ranks, according to the Syrian Observatory for Human Rights.

Some of the estimated 3,500 IS prisoners inside the facility have already been bused out to other detention centres in recent hours but it was unclear how many remained holed up inside Ghwayran.

Some of the hundreds of minors detained in the prison were transferred on Monday, the Observatory said.

“Kurdish forces are working on Tuesday to tighten the noose around ISIS members holed up in the northern part of the prison, while conducting careful search operations inside the buildings,” Observatory head Rami Abdel Rahman told AFP.

“If there is no deal for a swap, there will be a massacre, hundreds of people will be killed,” he said.

The Syrian Democratic Forces, the Kurdish administration’s de-facto army, have not confirmed reports that several prison guards were being held by IS fighters.

The SDF said that 250 IS detainees had surrendered on Tuesday, bringing the total number of surrendered jihadists to 550.

SDF forces operating with air support from the US-led coalition present in the region have deployed elite units and armoured vehicles in and around the converted school that became one of the world’s largest IS prisons.

An assault has looked imminent since early Monday but the Observatory said Kurdish forces were reluctant to move in due to the presence of hostages inside.

The SDF is counting on the besieged jihadist fighters running out of ammunition and supplies, Abdel Rahman said.

He said talks were taking place for some of the Kurdish troops and prison staff trapped inside to be freed in exchange for medical treatment for wounded jihadist fighters.

The Observatory put the number of hostages held inside the prison at 27, while the whereabouts of at least another 40 people were unknown.

Abdel Rahman said that while foreign IS members were thought to oppose a negotiated settlement, many of the Syrians among the inmates favoured swap talks.

As bodies were still being retrieved from the scene of the battle and after sporadic clashes overnight, the death toll for the spectacular jailbreak attempt rose to 166.

The Observatory said 114 of the dead were affiliated with IS, while seven were civilians caught in the crossfire.

The United Nations said up to 45,000 Hasakeh residents were forced to leave their homes as the fighting raged and Kurdish forces locked down large parts of the city.

Most of the inmates in Ghwayran were captured by US-backed forces in late 2018 and early 2019, during the dying days of the jihadist group’s self-proclaimed caliphate.

The Save The Children charity said it received audio messages from one Australian teenager who was brought to Syria at the age of 11 by his parents and called for help from inside the prison.

“There’s no doctors here that can help me,” he can be heard saying, after explaining he suffered injuries to his head and his hand during the fighting.

“I’m very scared, there’s a lot of people dead in front of me,” he also said in the recording, the authenticity of which AFP could not independently verify.

The proto-state declared by IS in 2014 once straddled large parts of Iraq and Syria.

After five years of military operations conducted by local and international forces, its last rump was eventually flushed out on the banks of the Euphrates in eastern Syria in March 2019.

An estimated 12,000 suspected IS members are still held in Kurdish prisons nearly three years on.

“Last week’s prison break is just the most recent reminder that the SDF lacks the manpower and resources to function as prison guards for the foreseeable future,” the Soufan Center said in a brief published Tuesday.

“The assault should serve as a wakeup call for countries to repatriate their citizens, even while still determining the preferred procedures for rehabilitating or prosecuting these individuals,” it said.

In this article:Conflict, Jihadists, kurds, Syria