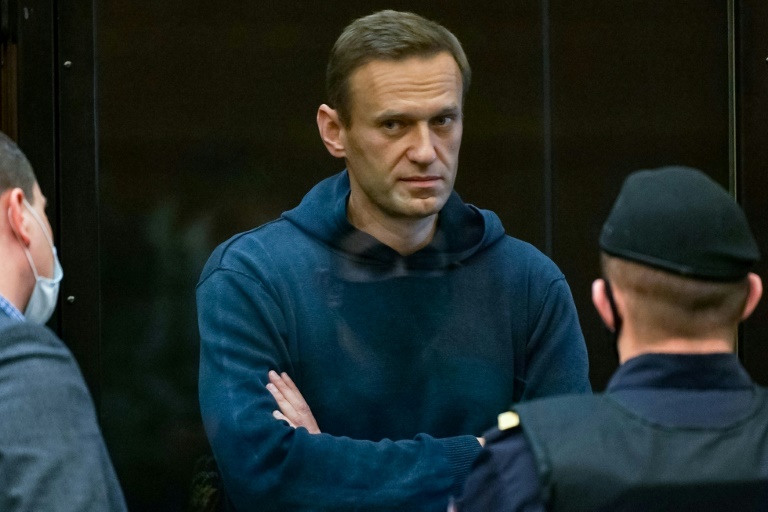 Jailed Kremlin critic Alexei Navalny was due on Tuesday to appeal a nine-year prison sentence he was handed in March on charges that he and his allies say are politically motivated.

His hearing comes as Russian authorities seek to silence remaining government critics and Moscow pushes on with its military campaign in neighbouring Ukraine, with thousands killed and some 10 million displaced.

A vocal critic of Russian President Vladimir Putin, Navalny in late March had his jail time extended to nine years after he was found guilty of embezzlement and contempt of court.

He is already serving two-and-a-half years in a prison some 100 kilometres (60 miles) east of Moscow for violating parole on old fraud charges.

On Tuesday, he will appeal the extension of his jail term, joining the hearing at a Moscow court via video link from his prison colony.

If his new sentence comes into force, the 45-year-old opposition politician will be transferred to a strict-regime penal colony, which will place him in much harsher conditions.

The new sentence will replace the old one — that he was handed in February last year — meaning Navalny will remain behind bars for another eight years.

As part of the new charges, investigators accused Navalny of stealing for personal use several million dollars’ worth of donations that were given to his political organisations.

Navalny rose to prominence as an anti-corruption blogger and, before his imprisonment, mobilised anti-government protests across Russia.

In 2018, he campaigned as a presidential candidate but was eventually barred from running in the election that saw Putin secure a fourth term in power.

In his absence, Navalny’s team continues publishing investigations into the wealth of Russia’s elites that have garnered millions of views on YouTube.

In 2020, Navalny narrowly survived a poisoning attack with Novichok, a Soviet-designed military-grade nerve agent. Despite accusations from Navalny, the Kremlin denied any involvement.

He was arrested on his return from rehabilitation in Germany last year, sparking widespread condemnation abroad, as well as sanctions from Western capitals.

After his arrest, Navalny’s political organisations across the country were declared “extremist” and shut down, while key aides have fled Russia.

Navalny’s key allies have since fled the country, several of them are wanted by Russian authorities on criminal charges.

Russia has recently ramped up pressure on independent media and non-governmental organisations, declaring many “foreign agents”, while others have stopped operating for fear of prosecution.

In an effort to further control the information available to its domestic audience, authorities have blocked access to the popular social networks Instagram, Facebook and Twitter and taken legal action against tech giant Meta, accusing it of spreading “calls to kill” Russians.