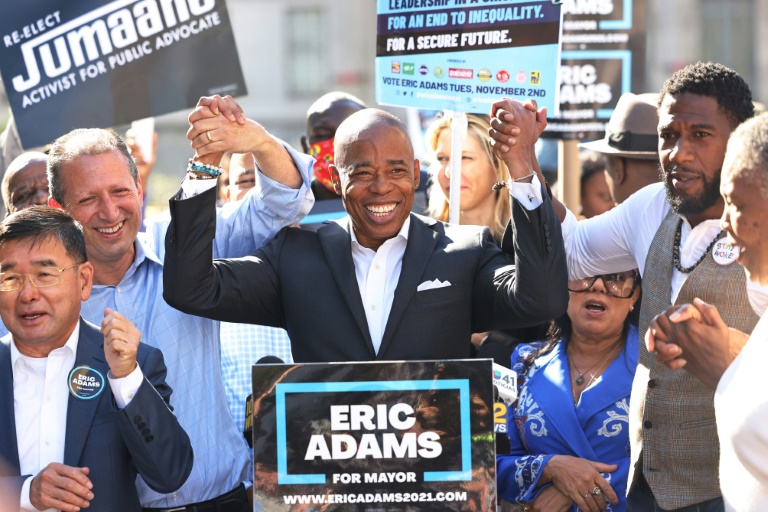 New York will appoint Keechant Sewell as its first-ever woman police chief to head the largest force in the country, mayor-elect Eric Adams said Tuesday, at a time when the city’s trust in law enforcement has been shattered.

Sewell will also be only the third Black person in the post, and will have to restore faith in a police department that has faced accusations of harboring violent, racist and corrupt officers in its ranks.

Adams, a Democrat and former police officer, will become New York’s second Black mayor when he takes office on January 1.

With Sewell’s appointment, he fills a key post two weeks before his formal start, with security having been one of the main issues during his campaign.

“Keechant Sewell is a proven crime fighter with the experience and emotional intelligence to deliver both the safety New Yorkers need and the justice they deserve,” Adams told The New York Post.

“Chief Sewell will wake up every day laser-focused on keeping New Yorkers safe and improving our city, and I am thrilled to have her at the helm of the NYPD.”

“Violent crime is the number one priority,” Sewell told the Post.

“I want to actually take a look at what’s working in the city and what’s not working,” she added.

Commanding approximately 36,000 police officers in the largest city in the United States, 49-year-old Sewell will shoulder the tough task of maintaining security in New York at a time when a surge in crime has accompanied the coronavirus pandemic.

“We welcome Chief Sewell to the second-toughest policing job in America. The toughest, of course, is being an NYPD cop on the street,” said Patrick Lynch, head of the main police union in the city, the Police Benevolent Association.

The New York Times reported that she has served in the department for 23 years, working in the narcotics and major cases unit, and as a hostage negotiator.