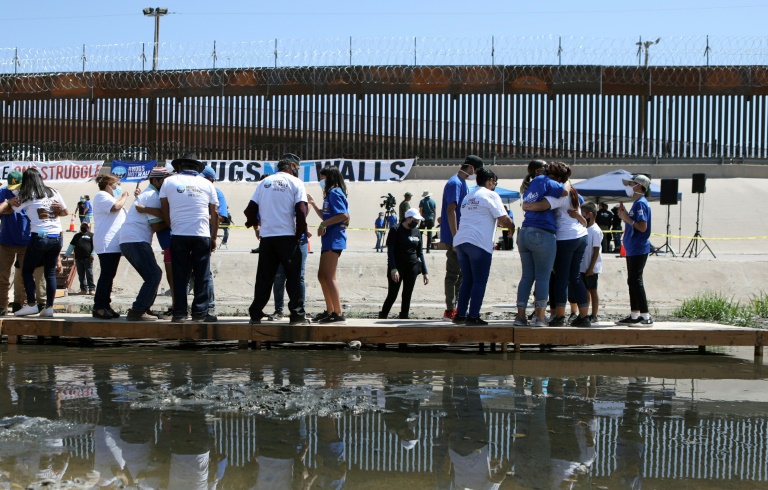 US Vice President Kamala Harris on Friday will visit the country’s border with Mexico, the White House announced, as the Biden administration faces intense scrutiny over its handling of an immigration surge.

Hundreds of thousands of migrants, many fleeing poverty and violence in Central America, have attempted to cross into the United States in recent months, prompting scathing criticism from Republicans that President Joe Biden’s more humane approach to immigration was provoking rather than preventing a crisis.

Harris senior advisor Symone Sanders said Wednesday that the vice president will visit the border city of El Paso, Texas, and will be accompanied by Homeland Security Secretary Alejandro Mayorkas.

Biden tasked Harris earlier this year with overseeing efforts to address what the administration describes as root causes of migration from El Salvador, Guatemala and Honduras.

The vice president traveled to Guatemala and Mexico in early June to address the issue, but caught flak from critics for comments that appeared to downplay the border crisis.

She was also criticized for not stopping at the border for a firsthand look at the situation during her international mission.

Harris continues to address the root causes of illegal immigration “and work in coordination to get the situation under control,” White House Press Secretary Jen Psaki said.

“This trip to the border on Friday will be a part of this effort.”

The White House did not provide details on Harris’s border plans, saying specifics would be forthcoming.

The vice president’s trip will come a few days before Donald Trump visits the border, on June 30, in a bid to contrast his tough stance on immigration with successor Biden’s more humane approach.

“After months of ignoring the crisis at the Southern Border, it is great that we got Kamala Harris to finally go and see the tremendous destruction and death that they’ve created — a direct result of Biden ending my very tough but fair Border policies,” the former president said in a statement.