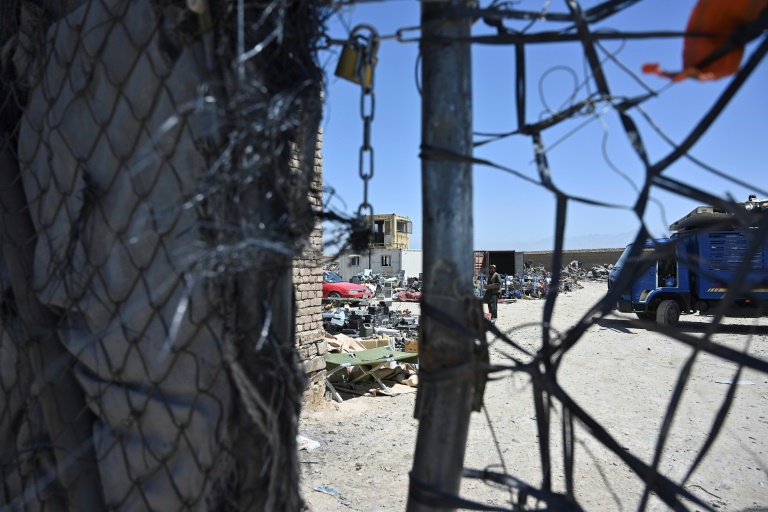 Squatting in the dust by the main road to Afghanistan’s biggest air base, Mir Salam sifts through a pile of broken electronics in front of him, salvaged from departing US troops.

“This is what the Americans do,” the 40-year-old told AFP. “They destroy absolutely everything.” 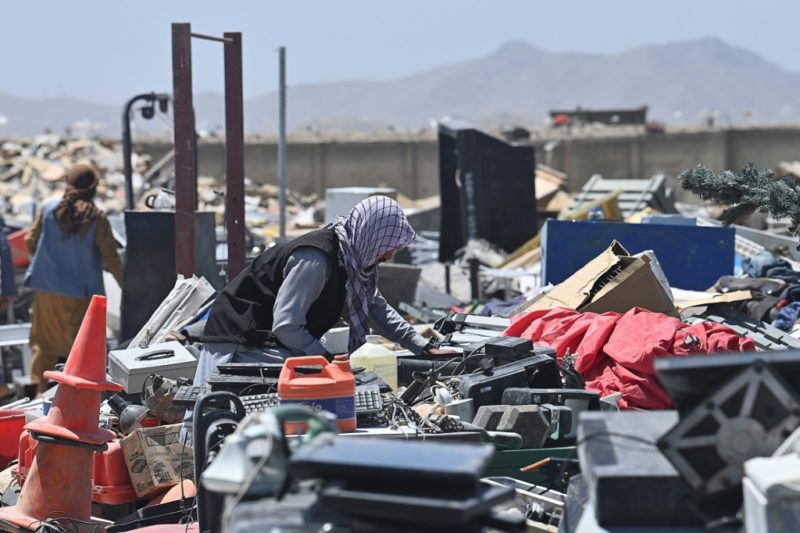 The Pentagon is vacating Bagram air base as part of its plan to withdraw all forces by this year’s 20th anniversary of the September 11 attacks on the United States, and it could be completed by the end of the month.

Military gear is being taken home, or given to Afghan security forces, but tons of civilian equipment must be left behind.

The result is a booming scrap business that is making money for some, but leaving many resentful.

“They blow it up or are burning it,” says Salam of the equipment being discarded. 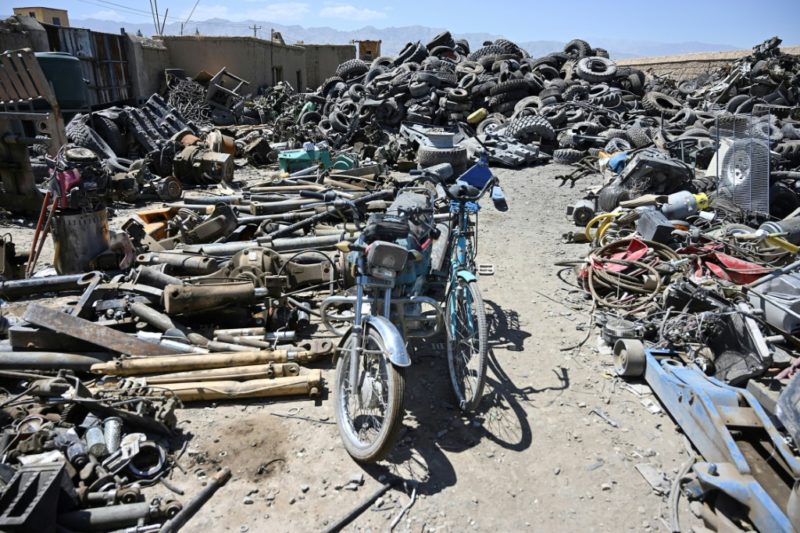 “There were lots of new things in this base — enough to rebuild Afghanistan 20 times — but they destroyed everything.”

For two decades, Bagram served as the nerve centre for US operations in Afghanistan.

A sprawling mini-city visited by hundreds of thousands of service members and contractors, it boasted swimming pools, cinemas and spas — and even a boardwalk featuring fast-food outlets such as Burger King and Pizza Hut.

It also has a prison that held thousands of Taliban and jihadist inmates over the years.

Bagram was built by the United States for its Afghan ally during the Cold War in the 1950s as a bulwark against the Soviet Union in the north. 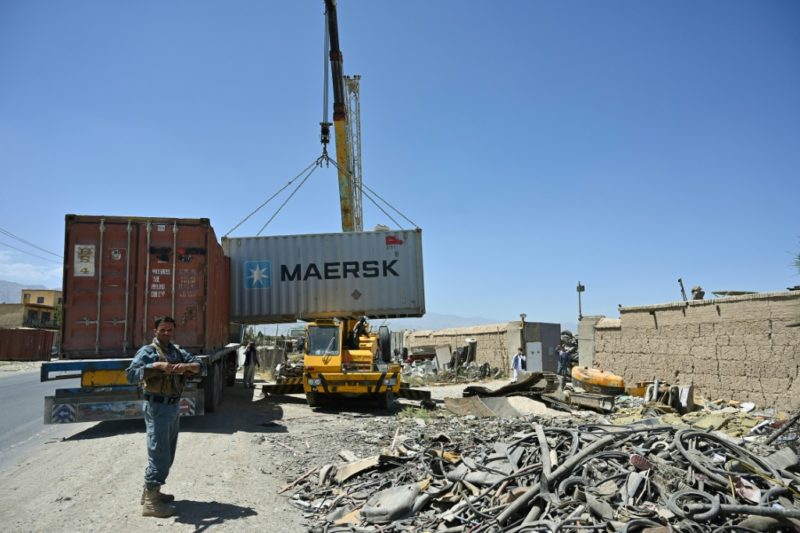 Ironically, it became the staging point for the Soviet invasion of the country in 1979, and the Red Army expanded it significantly during their near decade-long occupation.

When Moscow pulled out, it became central to the raging civil war — it was reported that at one point the Taliban controlled one end of the three-kilometre (two-mile) runway and the opposition Northern Alliance the other.

– Nothing goes to waste –

In recent months, Bagram has come under rocket attacks claimed by the jihadist Islamic State.

If the Taliban capture the base, it would be a significant step — perhaps even the decisive one — towards seizing control of Kabul itself.

Salam pays 1,000 afghanis ($12) a month to rent a modest fenced plot on the Bagram road, where he stores base scrap that he searches for nuggets to sell to specialised dealers.

The road to the base is lined with dozens of similar enterprises — some ramshackle, but others featuring imposing warehouses with armed guards.

The big players have contracts to remove the scrapped equipment, which they cherry-pick for items that can be repaired. 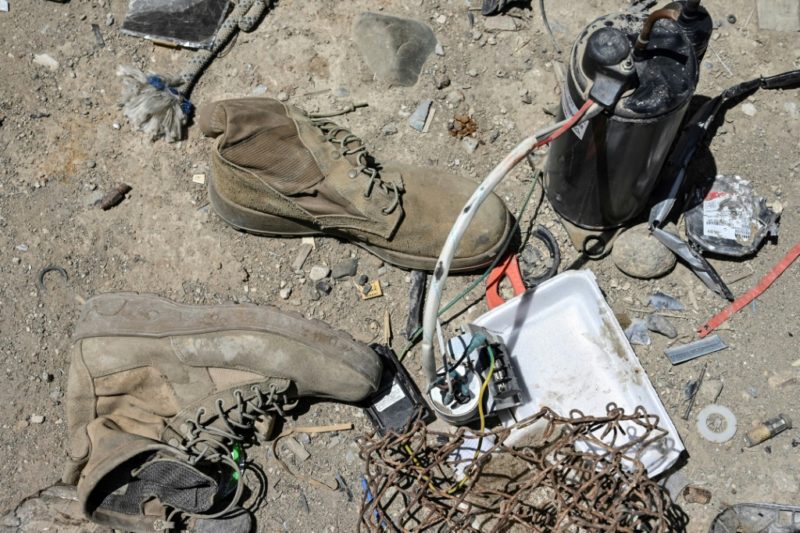 Anything they don’t use is left for smaller dealers such as Salam.

Cables are stripped for copper, circuit boards broken down for rare-earth metals, and aluminium collected to be smelted into ingots.

“Anything re-usable, people buy it,” he told AFP.

His warehouse is like a department store for scrap, with the floor covered by an astonishing array of items — broken chairs, busted TV screens, rusting gym equipment, an electronic piano keyboard, artificial Christmas trees and other festive decorations.

Picking through the selection is Abdul Basir, who came from Kabul with a friend and snapped up six warped metal doors for around 8,000 afghanis.

Elsewhere, a young man unearthed a pair of branded shoes that still appeared to have a few miles left on them.

Another browser bought a teddy bear and a mini rugby ball.

It isn’t just equipment that will be left behind when the Americans pull out — Bagram is surrounded by satellite communities that rely on the base for employment.

“The withdrawal of American troops will have a bad impact on the economy of the country and that of Bagram,” district governor Lalah Shrin Raoufi told AFP, adding he was pessimistic for the future.

“Their presence here has provided jobs for thousands and thousands of Afghans,” he said, ranging from mechanics to bakers.

“I met the employees of a company that provided basic food… they are afraid of losing their jobs.” 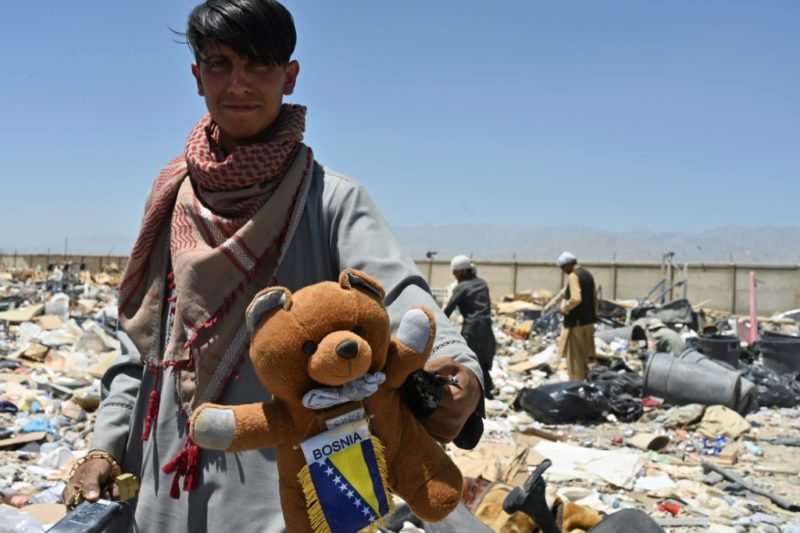 Raoufi said everything is being done to take charge of the base and its security when the last US forces leave.

“We are working with the police, the army and the NDS (intelligence services),” he said.

“We have started to recruit soldiers… We will take those who meet the criteria.”

“They came to rebuild our country but now they are destroying it,” says Bagram resident Mohammad Amin, looking over a pile of scrap.

“They could have given us all this.”

In this article:Afghanistan, junkyard, Us military, USA