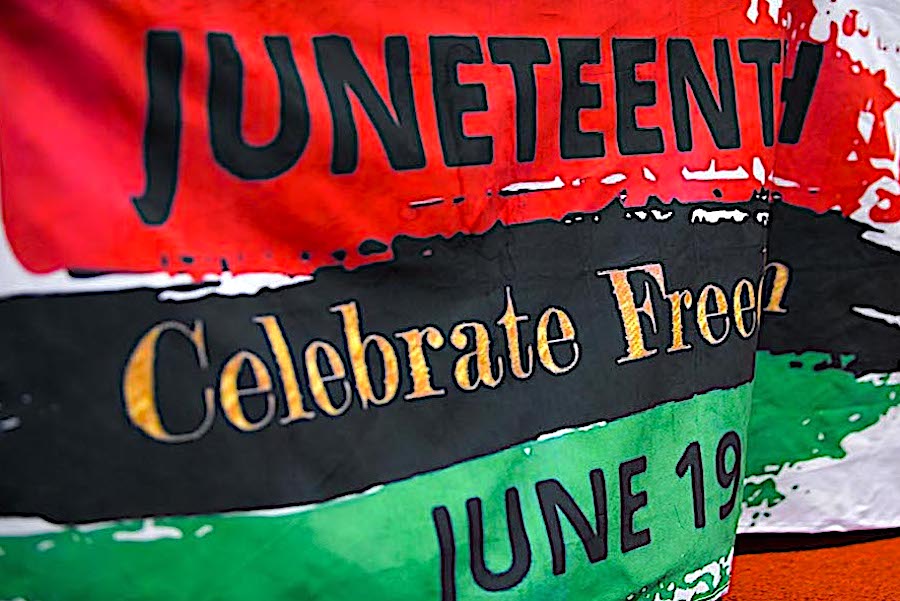 Juneteenth is the country’s newest federal holiday – a day for all Americans to celebrate the end of slavery. Yet only 18 states have passed legislation that would provide funding to let state employees observe the day as a paid state holiday.

In the private sector, Juneteenth will be a paid holiday for around 30 percent of private employers in the country this year, Axios’ Kelly Tyko reports. And seeing that Juneteenth falls on a Sunday this year, Monday is when many businesses, the federal government, and those 18 states will officially recognize it.

Opponents of some bills to make Juneteenth a paid holiday say that would give employees another paid day off and complain that the costs are too high, while many more opponents say that not enough people know what Juneteenth is all about.

However, according to the latest survey, more Americans recognize what the Juneteenth celebration is about. Of those surveyed in Gallup’s 2022 poll, nearly 60 percent of Americans said they knew about the holiday, compared with 37 percent in May 2021.

“This is something that Black folks deserve and it was like we had to almost prove ourselves to get them to agree,” said Anthony Nolan, a state representative in Connecticut, where legislators argued for hours earlier this year before passing legislation to fund the holiday.

Juneteenth has been commemorated since the late 1800s when residents of Galveston, Texas, the home of Juneteenth, began marking the day when members of the Union Army, led by General Gordon Granger arrived to inform enslaved African Americans of their freedom after the Civil War had ended.

General Granger’s announcement in 1865 put into effect the Emancipation Proclamation, which had been issued more than two years earlier by President Abraham Lincoln, on Jan. 1, 1863.

Black people have led their own celebrations for the holiday since its inception. Their celebrations have since reached everywhere the Black diaspora has spread.

While interest in the celebration has waxed and waned over the decades, Juneteenth was thrust back into the public spotlight with racial justice movements demanding more political capital, especially in the aftermath of George Floyd’s murder in 2020.

Following George Floyd’s death, 8 percent of private employers offered Juneteenth as a paid holiday in 2020 compared to 30 percent this year, according to survey data from the Wisconsin-based International Foundation of Employee Benefit Plans.