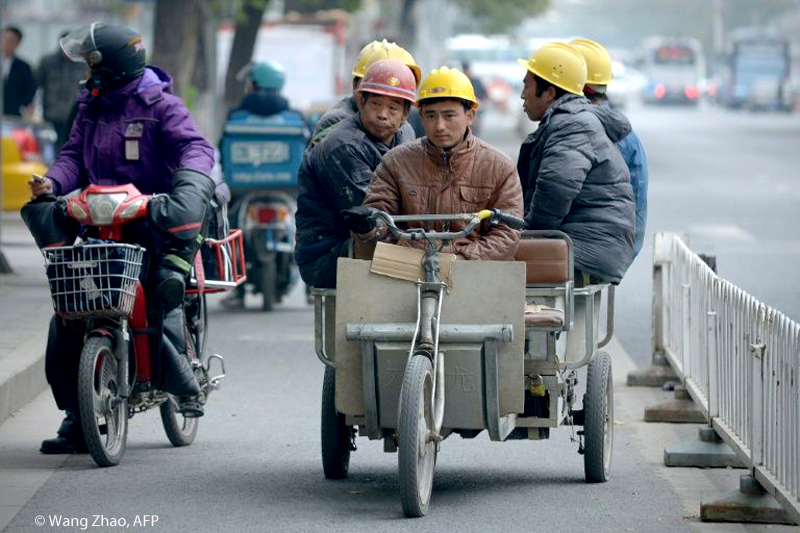 If you check out the headlines regarding job vacancies worldwide, the vacancies are everywhere. Reasons vary, but the overall trend is clear. The workforce is moving on. Trying to figure out where it’s going seems to be waking up the great minds who didn’t give a damn previously.

The “vanishing workforce” is likely to become a problem. 1.5% of the entire population just moved off the radar. One solution is obvious, but if that continues, the economic numbers are going to be progressively more wrong over time.

US jobs figures are telling a very strange tale. In August, 4.3 million Americans quit their jobs. Job vacancies are astonishing – 11.1 million vacancies in July, 10.4 million in August. About a million new jobs were filled during that time. COVID may well have played a role in some industries, but not necessarily in others.

22 million jobs were lost in the big surge during the pandemic. Only about 17 million have been refilled. Wages have gone up, and incentives have been offered, and the numbers still don’t add up. The result is some doubt about the depth and speed of economic recovery.

In mainstream/Main Street economics, jobs numbers are core numbers. The health of this part of the economy is measured in participation rates. The numbers generated are reliable. Whatever you may think (and who doesn’t) of the “slave labor wages = healthy economy” absurdity, they’re hard numbers.

…So the mystery is where are the people going? Where were they to begin with? To answer the second question first – The loss of pandemic relief hasn’t exactly clarified the issues. (That link includes some truly godawful stories.) A lot of people live very much under the radar in the US.

They were invisible before the pandemic. US job figures include a rather nasty, glib, expression – “non-participation”, which means absolutely nothing in hard data terms. These are the people who are generally at the rock bottom of the income spectrum.

Those people are “sort of” part of the employment market. Job applications are their main sign of life in economic terms. The truly weird thing is that it’s the people with jobs who are now vanishing into some mystic employment spectrum.

…So Where did the people go?

One of the possibilities is that the COVID/remote work environment has taken some sort of respectable hold in the job market. That’s not at all unlikely, given the reduced costs for employers and employees in many sectors.

People have been saying for decades that the old workplace is a fossil. That’s a euphemism and a half. It’s nothing less than absurd. It’s expensive to run any sort of bricks-and-mortar business. Commuting and time usage for employees is ludicrously costly and cumbersome. Time management and self-organization are easier with remote work or “attendance as required” job scheduling.

The bottom line is this – Millions of people can’t, and don’t, just leave their jobs and vanish. People simply do not cut their own lifelines like that. The “refugees from fast food” employees can’t do that – Unless they have better options.

Better options there definitely are. Employment conditions are often appalling at any level in the US. These insulting gulags are hardly famous for staff retention at the best of times. Workplace conditions and stress levels are often the reason. Many workplaces are equally psychotic. I spent years in the US employment sector watching forum posts about patterns of abuse, irrational managers and the rest of the standard disasters.

If people are moving on, it most likely means they’ve found a way out of this hell. COVID may have been the catalyst that finally connected the dots. You can hardly blame people for getting out.

There’s a lot to be said for a more flexible, not to say much saner, working life. You can have multiple income streams. You can use time for more profitable employment options. You’re not totally dependent on some drudge job that consumes the best part of every day.

Also very much to the point – In this environment, you don’t have to put up with lunatics, and if you do, you can simply quit on your own terms. Never mind unemployment insurance; these people know how to roll with their own money. Say what you will, with some justification, about the gig economy, but it beats the nuthouse jobs routine every time.

The problem with this rather easy-looking solution is that there are so many variables in so many sectors. Not everyone can do the DIY work/life thing, for sure. That said – What’s so unlikely about a relatively small percentage of the population being able to do it?

The employment market is justly famous for its built-in obsolescence and backwardness. It’s a slow-moving beast where cosmetic changes happen every day, but real change takes a very long time indeed.

Change is also a very strong motivator. For example – Downsizing, that lost gem of One Size Fits Nobody terminology, decimated the original boom-era workplace. Playing musical chairs with jobs got on people’s nerves, badly. When the original 90s gig economy came along, some people, not all, were overjoyed. It worked for them.

Now, a generation and a bit later are faced with automation and a crapathon of employment issues. This is right in the middle of insane housing, education, and other price environments and a global plague, etc. You can’t and won’t just jump ship without at least a credible alternative.  Is it so unbelievable people are voting with their facts, as well as their feet, for better choices?

Trend prediction in the employment sector is a particularly thankless task. The Harvard Business Review has a piece from January this year which is indicative. The standout to me was the mix of increased employer focus on mental health, coupled with managing employer life experience (!!!!!) and taking stances on societal and political debates. …So mental health is an issue when you’re dictating life experience and taking a stance on polarizing issues? You don’t say.

I’m quite sure the writer of the HBR article means well. Those particular dots, however, can never be joined, and that’s exactly what’s wrong with the employment sector as a whole.

“Societal and political debates” equate to instant fractures and horrific relationships. They’re also much too real, not in any sense abstract, life experiences for way too many people.

Now… Anyone still wondering why these escapees from the workforce may be so hard to find? Thought not. Meanwhile, can we be a bit less ponderous and omniscient about the jobs market? Might at least make more sense.