On the Jewish Shabbat (Sabbath), the funeral of Nicholas Thalasinos draped the sanctuary in black and purple but celebrated life through song, dance, photos, and warm remembrances of a man whose life was cut short. Nick was one of the 14 people killed in the December 2 San Bernardino Terrorist Attack. His funeral was followed on the same day by the funeral of Michael Raymond Wetzel, another Messianic Jew, in the San Bernardino Mountains.

As I walked toward the building, I was amazed at how many cars were parked out front, including the ABC TV News van and police cars. A Secret Service man stood by the entrance, a wire visible on his neck as he guarded the government visitors inside. Congressman Pete Aguilar attended, as did San Bernardino Mayor Carey Davis. Photographers, television cameramen, and journalists lingered in the congregation, handling expensive equipment or writing with a pencil in a notebook.

I greeted friends and sat in the back, my little digital camera in hand. Lev Shelo, a Messianic Jewish band, led the lively worship music up front as a woman twirled gold and purple flags to the music. She stood next to the U.S. flag. On the other side of the stage stood the Israeli flag. Menorahs and traditional Jewish trumpets also decorated the room, on tables draped in purple and black.

A slideshow of Nicholas Thalasinos and his wife Jennifer showed large photos as a glimpse into the life they shared together. Several pastors and workers from Shiloh Messianic Congregation stood at the podium beneath these photos and shared memories of Nick and how much they would miss his big smile, hands willing to help, and tall, husky frame dancing the hora around the room. Members of Messianic Congregations from as far away as Idaho and New Mexico attended the funeral, and a Methodist church in Florida sent a support letter, signed by all members. A coworker of Nick, named Morena, sent a note to Jennifer, describing how Nick told her to “get under the table” during the shooting, as he lay dying. Morena followed his advice and survived the terrorist attack.

The last people to speak were Pastors Bruce and Kathleen Dowell. Bruce spoke fiery words, as Nick was known to do at times, which sparked conflict between him and the terrorist coworker who shot him on December 2.

“Not all the people who died that day went to Heaven,” Pastor Bruce declared. “At least 2 went to straight to Hell. God is dividing Good from Evil. Jihad will be waged against us until Christ returns, as described in Revelation 19. I know this is not politically correct, and I really don’t care!”

Kathleen read a passage from Revelation 21, about the beauties of Heaven, like the Tree of Life which never dies and the living river, its water like crystal spilling over gold streets as clear as glass. “Nick is not gone,” she added. “He is like a ship sailing toward the horizon. We watch that ship get smaller and smaller, and then it disappears. ‘There she goes,’ we say about the ship. But the ship is still as large and full of life and cargo, wind filling its sails, as ever it was. Only we, here on the shore, don’t see it anymore. In the distant port, others see the ship and say, ‘Here she comes.’ One day, we will all see Nick again.”

A Jewish mourner joined Pastor Bruce to say the Kaddish, the traditional Jewish mourning prayer for funerals, in Hebrew and English. Then Lev Shelo sang a hauntingly beautiful song while 5 women, dressed in the Israeli colors of white and blue, danced. They lifted their hands in unison, their bare feet graceful as poetry, sad yet hopeful. When the last violin note and dance gesture ceased, Pastors Bruce and Kathleen ended the service with the Aaronic Prayer of Blessing, standing together beneath Bruce’s prayer shawl like the one Nick loved to wear.

People lined up to greet Jennifer. I hugged her, too, unexpected tears filling my eyes as I walked away to get the dish I brought for the meal we would all share in the back room.

I greeted Jennifer there later. She sat next to her mother Linda.

“This is the crystal pendant Nick gave me,” she said, touching her neck. “It is from the same stone as used in the show ‘Beauty and the Beast,’ that we both loved so much.” She touched a smaller pendant, a star of David with a cross in its center. “Nick gave this to me last Hanukkah.” She paused, and then touched Nick’s wedding ring, which she wore on a simple chain. “It’s engraved in Hebrew, from the Old Testament’s Song of Solomon. It says, ‘I am my beloved’s, and my beloved is mine.”

Beauty and the Beast, Solomon and the Dark Woman he wrote Biblical poetry for—these love stories echoed what Jennifer lost the day a coworker-turned-terrorist took away her husband Nick. That loss, shining in Jennifer’s eyes as she looked up at me, seemed to hover around us like a spirit, as if Nick were somehow there.

“What was it like to meet President Obama?” I changed the subject.

“They took us to a big school, and each family waited in separate rooms to meet with him. The whole place was lined with Secret Service men wearing wires! The President was not what I expected, not like I see in the news. He was very warm and caring. He said he would arrange for me to visit Israel because Nick . . . never did.”

“Michelle Obama leaned over, hugged me, and gave me a kiss,” Jennifer’s mother Linda added. “They both really seemed to care about our loss.”

I snapped a photo of Jennifer and her necklaces, then one of her with her mother—the best photos I was able to manage that day.

“Thanks for your prayers,” Jennifer whispered as I walked away. “I’m so thankful to have my mother with me now, and everyone in the community is so supportive. But I can hardly bear to go back into the house Nick and I shared.” 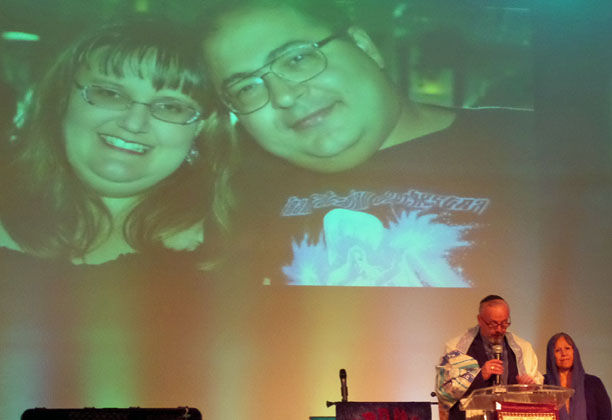 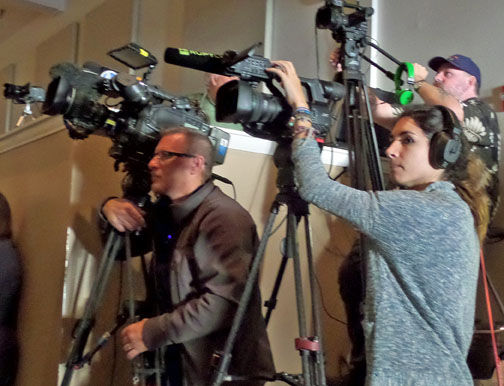 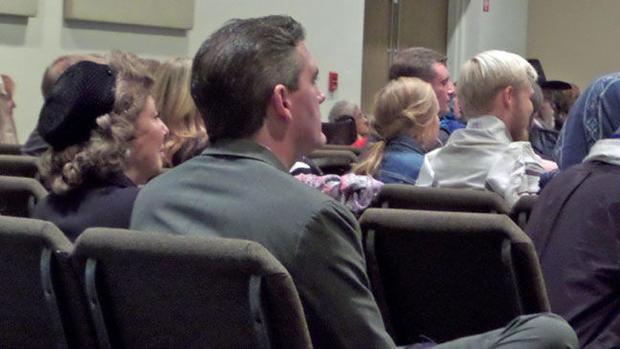 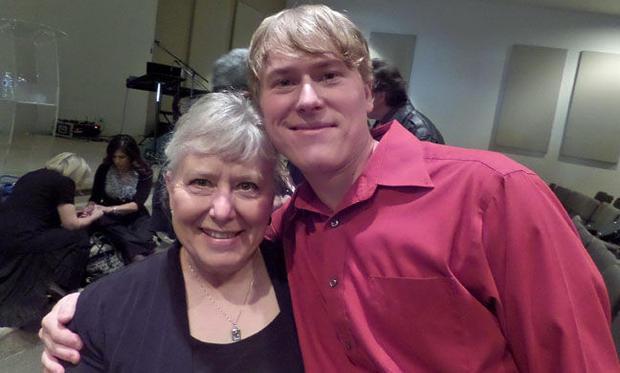 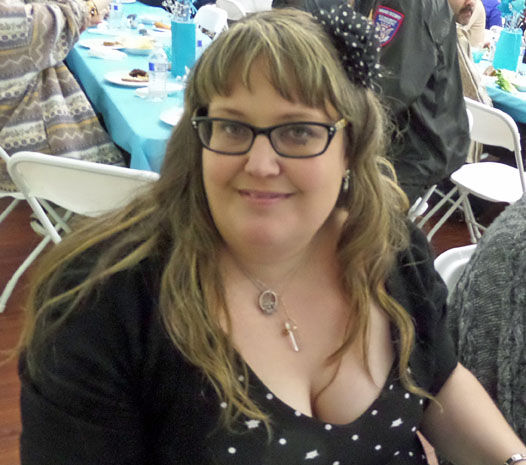 Jennifer Thalasinos poses at the meal given in honor of her husband Nick
Lonna Lisa Williams
Advertisement. Scroll to continue reading. 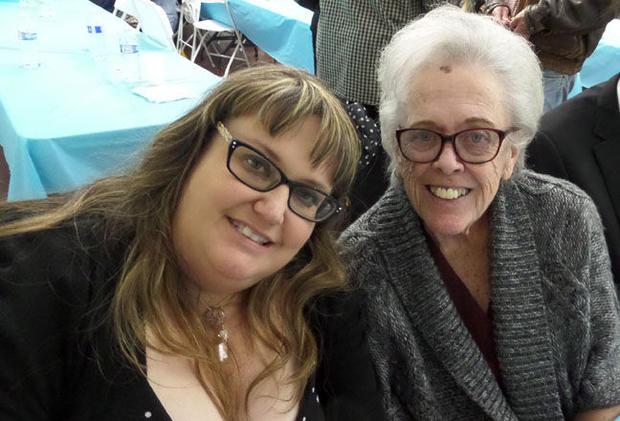