After the Fukushima Daiichi nuclear power plant disaster in March of 2011 that spewed massive amounts of radioactive fallout, the government started categorizing radioactivity substances with levels of more than 8,000 becquerels per kilogram as “designated waste.”

Being that the government considered the situation an “emergency,” temporary sites were set up in a number of prefectures, with the government promising landowners to only lease the land for a period of two years. The waste has been stored in polyvinyl buildings.

But the government has reneged on those promises. Shigetaro Chiba, a 73-year-old farmer who leased land to the government for two years, said, “I was made to agree to extend the lease after the initial two-year period promised by the government expired. The new contract no longer specifies a deadline.”

In 2014, the Nuclear Waste Management Organization (NUMO) started work on updating guidelines, as well as working to design, construct, and operate an underground storage facility nearly 4 square miles in area, which would be operated for 50 years and monitored for an additional 300 years before being shut down.

Work on updated guidelines for a nuclear waste site
NUMO is funded by every power company in Japan that has nuclear power plants, with their fees based on how much radioactive waste they produce each year. The agency has worked on getting communities to express interest in a waste disposal site, but have had no takers despite being told they would receive billions in subsidies.

Current guidelines are fairly specific in where a nuclear waste site may be constructed in Japan. Sites may not be located near active geological faults, within 15 kilometers of volcanoes or nuclear reactors, in areas where the ground has risen a thousand feet in elevation in the last 100,000 years, or in locations where water could permeate. These guidelines take in just about every square inch of Japan’s landmass. 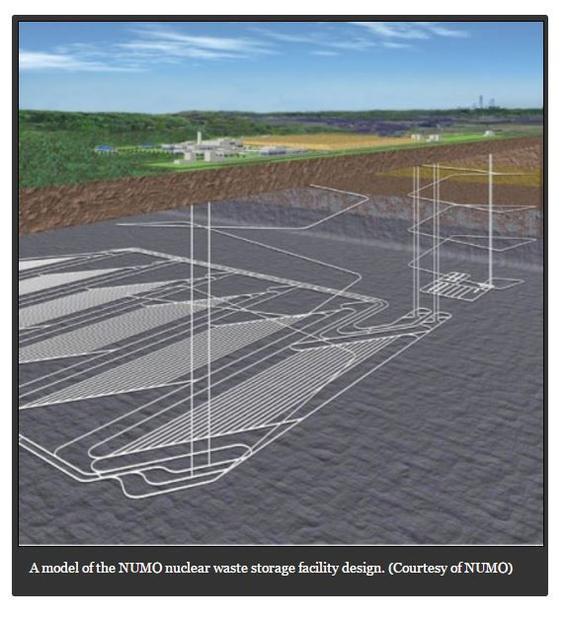 NUMO proposed a plan to a hand-picked government panel that changed the way a site would be chosen. So in May this year, the government announced it would choose candidate sites for burying high-level radioactive waste based on scientific analysis, instead of waiting for prefectures to express a willingness to “host” a final depository.

What scientific analysis entails is anyone’s guess, but the Japan Times points out the change in policy shows the lack of progress that has been made since the process of finding a nuclear waste facility began in 2002. 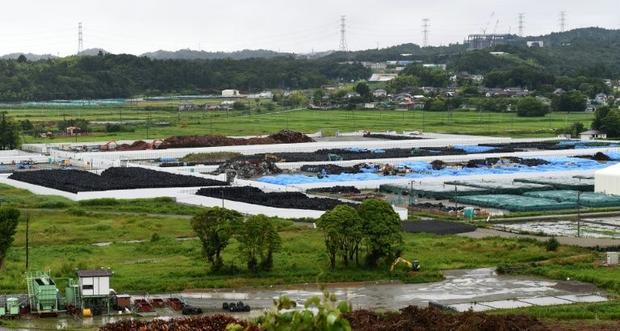 The collection site for contaminated earth in Naraha, a tiny town in Fukushima prefecture, on July 16, 2015, where the entire population was forced to evacuate after the nuclear crisis started in 2011
Toshifumi Kitamura, AFP/File

The Mainichi News reports that almost 70 percent of Japan does not meet the criteria for a proposed nuclear waste depository. The Mainichi news suggests that instead of relying on scientific analysis, the government will be forced to choose from a very small pool of available sites that meet the guidelines and have a prefecture willing to host a depository.

However, despite all the hoopla about finding a permanent site to dump its radioactive waste, Japan has an even bigger problem, and that is the risks involved in keeping radioactive waste in temporary sites scattered around the country. Not only does Japan have numerous earthquakes, but active volcanoes, strong storms, floods and landslides to contend with, and adding nuclear waste to the equation only puts the public at an even greater risk.