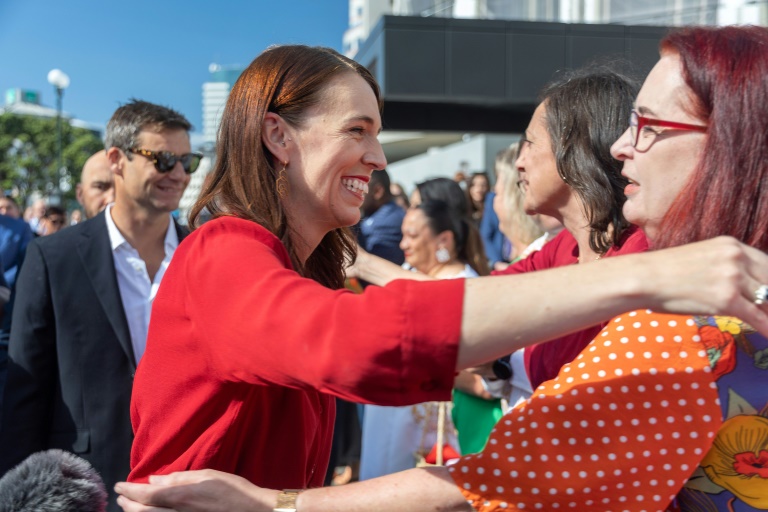 Jacinda Ardern on Wednesday made her last public appearance as New Zealand prime minister, walking out of parliament as a crowd of hundreds broke into a spontaneous round of applause.

Ardern will deliver her resignation to the country’s governor-general, handing the baton to incoming Prime Minister and her long-time friend Chris Hipkins.

The 42-year-old said last week she no longer had “enough in the tank” after a turbulent five years in charge, during which she steered the country through natural disasters, its worst-ever terror attack and the Covid-19 pandemic.

Ardern, a global figurehead of progressive politics, appeared emotional as she left the parliament building in the capital Wellington.

A crowd of some 300 staff members, fellow politicians and members of the public gathered on the parliament lawns to bid her farewell.

Ardern will continue to sit in parliament after resigning as prime minister, but has announced her intention to step back from the cut and thrust of daily politics.

“I leave feeling gratitude for having this wonderful role for so many years,” she told reporters on Tuesday.

The popularity of Ardern’s Labour government has soured in recent months, hampered by a looming recession and a resurgent conservative opposition.

Hipkins, the architect of New Zealand’s pandemic response, is now tasked with reviving the government’s sagging popularity ahead of a general election in October.