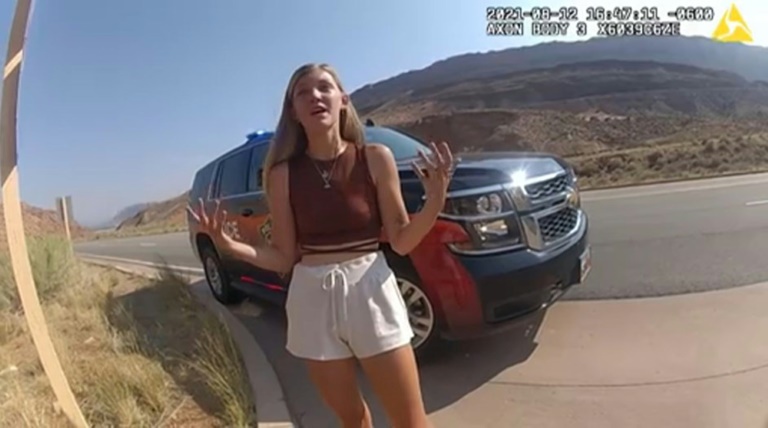 US investigators said Wednesday that “items of interest” had been found in the search for the missing boyfriend of Gabby Petito, the young woman who was strangled to death on a road trip across the country.

Police have been searching for Brian Laundrie for weeks, and live television images on Wednesday showed search teams and sniffer dogs at work in Florida.

“Items of interest were located at the Carlton Reserve this morning in connection with the search for Brian Laundrie,” FBI Tampa said in a statement.

“An FBI Evidence Response team is processing the scene. The reserve is closed to the public and no further details are available at this time.”

The body of Petito, 22, lay in the wilderness of Wyoming for up to a month before it was found in mid-September.

Petito had quit her job and packed her life into a camper van for a cross-country adventure with Laundrie, starting in July, documenting their journey in a stream of social media posts.

But her family filed a missing person report on September 11 after she mysteriously vanished, and Laundrie returned home to Florida without her.

Laundrie, 23, was declared a “person of interest” in the case. He declined to cooperate with police before disappearing himself.

Petito’s death and the subsequent disappearance of the chief suspect sparked a blizzard of media coverage both in the United States and around the world.

It also triggered debate over the disproportionate attention accorded to missing white women.